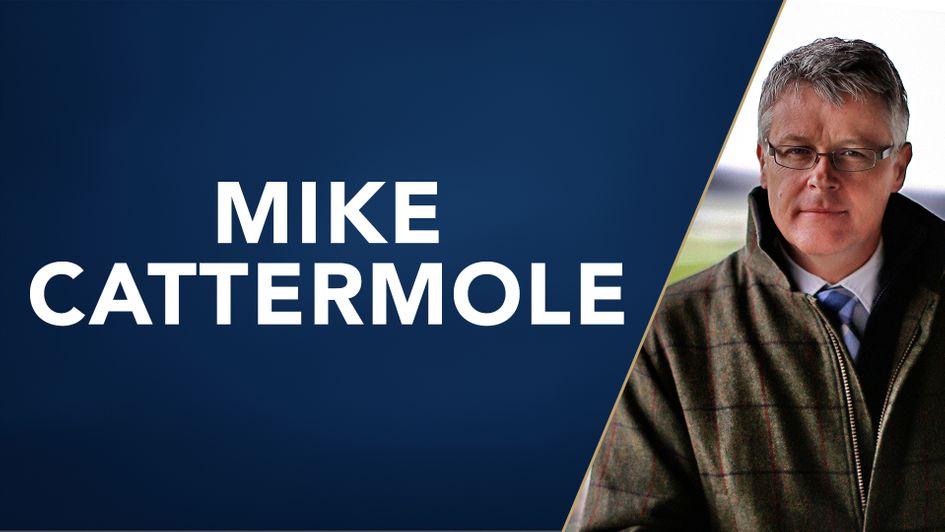 Our columnist with his views on all the hot topics

Mike Cattermole reflects on the Cheltenham Festival and what a fantastic week for Irish racing means for British National Hunt trainers. 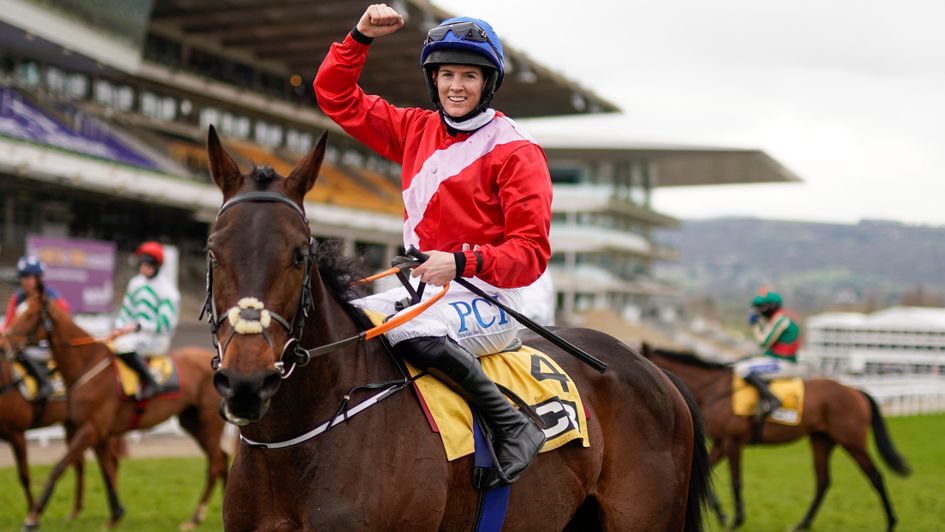 A sixth winner of the week for Rachael Blackmore aboard Quilixios

The “Pandemic Festival” will live long in the memory and for many happy reasons, especially if you are Irish!

First, Cheltenham and the BHA deserve to be congratulated for putting on a great show and for providing a safe environment for all.

Leading the way were Rachael Blackmore and Henry De Bromhead whose careers were pretty impressive already but, after last week, have now cemented their places in the game’s all-time greats.

Jack Kennedy also had a wonderful week but for Rachael to be leading rider was seismic. It was ironic that De Bromhead didn’t actually finish up as the leading trainer – Willie Mullins, who also trained six winners, actually “beat” him on a countback.

But when you have become the first trainer ever to lift the “Holy Trinity” of Champion Hurdle, Champion Chase and Gold Cup in the same week, you really have no peers. De Bromhead is a history maker and all credit to him. It might be some time before that feat is ever matched.

As the laid-back County Waterford handler contemplates his achievements while quarantining for five days, he will be shaking his head, not only at the enormity of what has happened but also to remember what a rollercoaster Cheltenham can be.

Back in 2008, Sizing Europe, his first potential champion, started a warm 2-1 favourite to win the Champion Hurdle having eased to victory in the Irish version just a few weeks earlier.

Sizing Europe cantered into contention at the second last only for his back to suddenly give out. He stopped quickly and was virtually pulled up on the run-in. However, Sizing Europe came back and more than redeemed himself by landing the Arkle and the Queen Mother Champion Chase over the next two years.

De Bromhead, however, had to wait thirteen years for Honeysuckle to put things right in the Champion Hurdle, a race that could have been named after the brilliant mare. She really is outstanding and is still unbeaten. In all her 11 races under Rules, she has been ridden by Rachael Blackmore.

We all knew that Rachael was good but this was a transformational week and, whether she likes it or not, she is about to transcend racing and become a superstar, right up there in the sporting stratosphere. Her life is about to change but in the sincere hope that it doesn’t change her.

It wasn’t all plain sailing for her last week, however. As a jump jockey, it never is. She could have ridden Minella Indo of course instead of A Plus Tard and of her 20 rides, she won on six of them and fell or unseated in four others

She showed off an array of talents, an astute tactical awareness (e.g. Sir Gerhard), her natural affinity with a horse (e.g. Allaho) and her toughness.

As an illustration of all of these, approaching the third last in the Gold Cup, A Plus Tard was squeezed out by the weakening Black Op who had edged to his left and meant that Rachael was short of room with Paul Townend and Al Boum Photo giving nothing away on her inside.

Moments later, after jumping that fence, she then rushed A Plus Tard up on the outside and kept Al Boum Photo in as he and Minella Indo were readying to challenge Frodon. It was a noticeable manoeuvre and although it didn’t win her the race, it stood out and was, in its way, wonderful to watch. 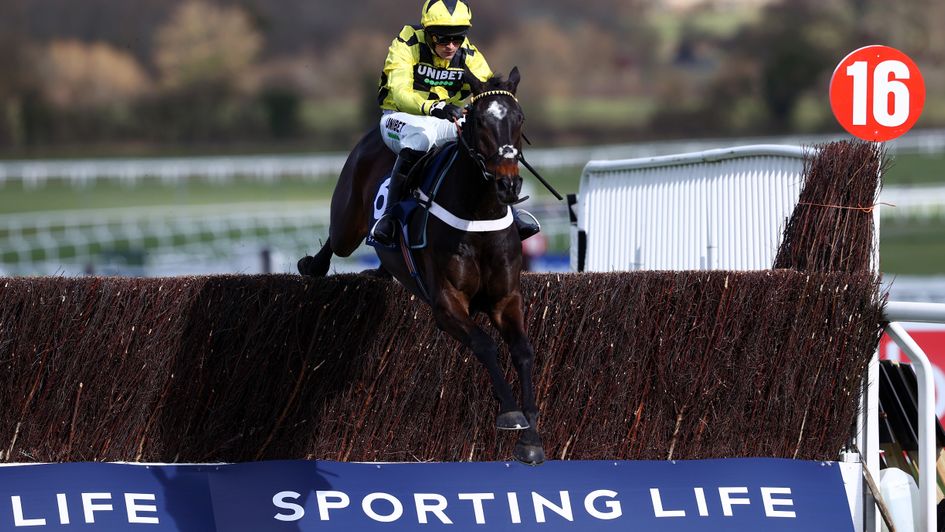 A rare GB highlight: Shishkin jumps the last in the Sporting Life Arkle

I think we all knew that Ireland would dominate last week but who would have predicted the scale of it? The final record total of 23 wins to the home team’s five was a pummelling and, in truth, an embarrassment to the Brits.

If Envoi Allen had stood up, it would have been worse! How things have changed from the days when the Irish drew a blank in 1989.

As much as the Irish should be congratulated, for the Brits, it is time to take stock, literally, and find out some answers. There are certainly plenty of questions.

On the face of it, most of the best bloodstock is finding its way to Irish trainers as it seems unlikely that our leading trainers would fall short in getting the best out of them, should they be given the chance to look after them.

Is it an issue then with the supply chain? Is it down to those purchasing the raw materials and seeing the potential? Perhaps Ireland, crucially, possesses a proved and trusted method of breeding would-be champions who are then given a perfect education out in their point-to-point fields. That’s where so many champions crowned last week all started.

We don’t have an equivalent that can compare.

Many of last week’s winners were Irish owned of course and, indeed, two of “ours”, Shishkin and Chantry House (again both Irish pointing graduates), are owned by Irishmen in Joe Donnelly and JP McManus.

Much has been made of some British owners preferring to base their horses across the Irish Sea for the better prize money. Honeysuckle and Galvin are both owned by highly successful Scottish businessmen in Kenny Alexander and Ronnie Bartlett, respectively.

The more cash on offer over there may well be a factor but these are very rich people we are talking about. I surmise, for example, that for Cheveley Park Stud it isn’t important. Meanwhile, they prefer to keep their Flat string over here.

In Rich and Susanna Ricci’s case, the Kent-based couple fell in love with Irish racing and the Irish people, loving the craic and the atmosphere, and only rarely do they have runners based over here, Royal Pagaille being an obvious exception.

Wednesday’s Coral Cup was won in brilliant style by Heaven Help Us, owned by Englishman, John Turner. Turner runs a highly successful recruitment company, RFS, based in Swindon. He did once have horses trained over here but dismay at the lack of good prize money at home was the reason I believe he went across the water.

So prize money might be an obvious place to start but it isn’t that simple. Take the King George VI Chase at Kempton, for example, in which Frodon collected the £116,000 first prize. There was not one Irish horse in opposition.

Their leading chasers waited for the Savills Chase at Leopardstown just two days later. However, A Plus Tard won just €88,500.

Are our top horses getting enough proper and serious match practice? Do we need the equivalent of a Dublin Racing Festival?

We do need to look at our programme book which is now overrun by graded races which tend to be very uncompetitive and are also not doing the Levy yield any good at all, either, come to think of it, whether you base that on profits or turnover.

And what on earth happened in the handicaps last week? Sure, we won a couple but some of the Irish winners could have gone round again. I am thinking Heaven Help Us, Mrs Milner, The Shunter and, in extraordinary style, Mount Ida.

We have often heard in the past of the Irish complaining about the British handicapper’s treatment of their runners. Please, no more. It never was and never will be.

It is clear that at the moment, some shrewd Irish trainers are, if not having a laugh at our handicapper’s expense, certainly making the system work very well indeed for them.

WHAT HAS HAPPENED TO THE NORTH? 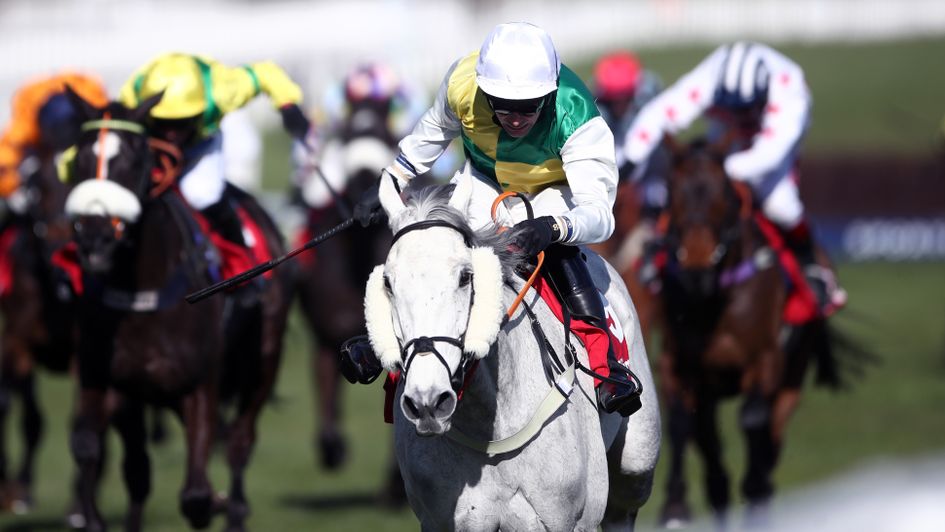 Vintage Clouds gallops up the hill at Cheltenham

It was incredible to see Tiger Roll back but Vintage Clouds’ win in the Ultima – at the fifth attempt – was another highlight of the meeting.

Trained by Sue Smith for Trevor Hemmings, the popular grey was not just a rare winner for the Brits but also for the north whose once massive influence on this important meeting has dwindled away worryingly in recent years.

Long gone are the halcyon days when the likes of the Gold Cup, Champion Chase and the Champion Hurdle were all regularly annexed by powerful northern-based operations such as those run by Michael Dickinson, Peter Easterby, Jimmy Fitzgerald, Gordon Richards and Arthur Stephenson.

The last time the north won at the Festival at Grade 1 level was in 2012 when Cinders And Ashes (Donald McCain) took the Supreme and Brindisi Breeze (Lucinda Russell) the Albert Bartlett.

This year, Vintage Clouds was just one of three “northerners” in the Ultima, alongside Nietsche (Brian Ellison) and the Scottish-trained Aye Right (Harriet Graham). Burbank (James Moffatt) ran in the Coral Cup, Homme Public (Olly Greenall) in the Boodles and Sam Spinner (Jedd O’Keefe) in the Stayers’ Hurdle.

If you include the permit-trained Ravished in the Foxhunters, that makes a grand total of just seven northern-trained runners last week.

It’s sad and further evidence that the British jumping scene is in trouble.