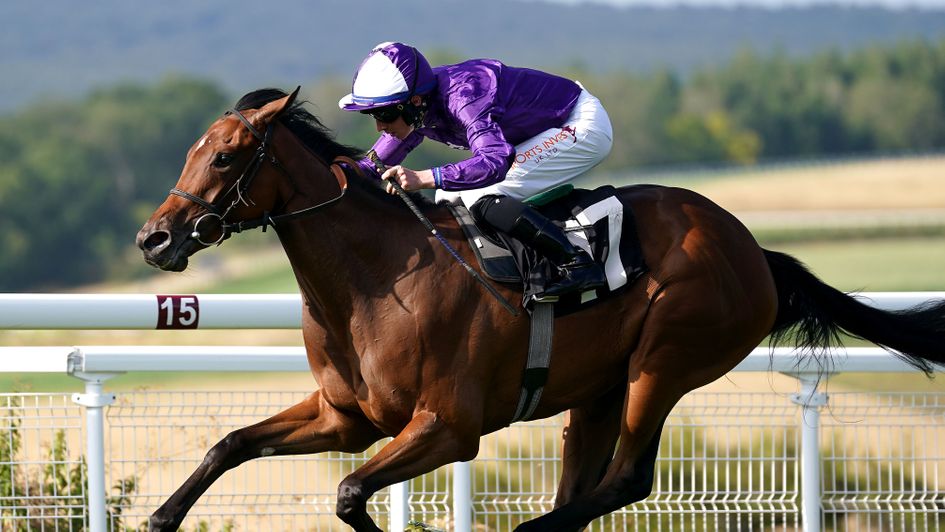 Hughes in no rush to decide on Sparkling Beauty plans

The Amo Racing-owned filly was an eyecatching winner on debut at Newbury in June and was therefore sent off the 7/2 joint-favourite under Rossa Ryan for the Tatler EBF Maiden Fillies’ Stakes.

Always prominent over the seven-furlong trip, the bay looked assured on what was only her second career start and led from the two-furlong pole to cross the line three and a half lengths ahead of her nearest rival.

Hughes has made an entry for the Moyglare Stud Stakes at the Curragh, a seven-furlong Group One run in September, but the race is not a certainty for the daughter of Oasis Dream and connections are yet to decide where she will head next.

“She’s in very good form, she’s come out of the race really well and is just having a bit of an easier time at the minute. I was delighted with her,” Hughes said.

“She’s a galloper, she has a nice pace and she gallops, so it all suited her at Goodwood.

“We might go for the Moyglare, but there are no plans set in stone just yet.”

A major target for the yard in the coming weeks is the Ebor at York on August 20, which is pencilled in for Calling The Wind – ground permitting.

The six-year-old has plenty of smart form to his name, finishing third at Royal Ascot and most recently occupying the same position behind Coltrane at Sandown. But Hughes is hoping that rain will come and leave conditions suitable on the Knavesmire.