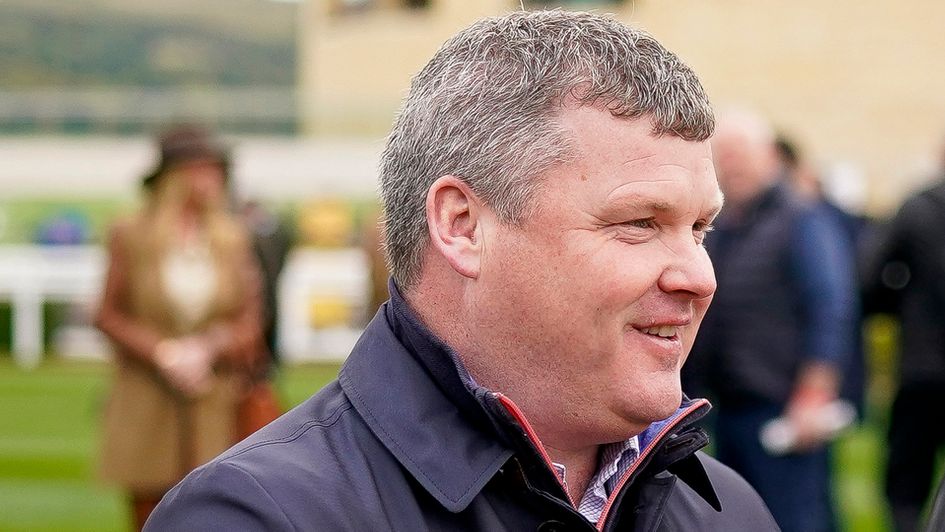 Gordon Elliott continued his sensational run of form with a treble at Thurles.

Even by his own high standards the Cullentra handler has been firing on all cylinders of late, with his three victories in County Tipperary taking his tally of winners in the last fortnight to 22.

The first to strike gold on Thursday was The Goffer, who opened his account over fences in the Irish Stallion Farms EBF Beginners Chase.

An 11/2 chance off the back of finishing fourth on his fencing bow at Cork last month, Jack Kennedy’s mount proved two and a quarter lengths too strong for 10/11 favourite Churchstonewarrior.

Elliott said: “He liked the better ground a lot better and jumped a lot better there today. He had a good run when he won a Grade Three hurdle here last March.

“We’ll try to find a little winners’ race somewhere now and he is qualified for a handicap mark, so we’ll see where we go.”

Elliott and Kennedy swiftly doubled up with 6/4 favourite Arctic Ambition in the Racing Again Next Thursday Handicap Chase before completing their hat-trick with 11/10 market leader Favori De Champdou in the I.N.H. Stallion Owners EBF Novice Hurdle.

“He (Arctic Ambition) looked well handicapped, the boys (Go Go Go Partnership) picked him out and he is something to look forward to,” Elliott added.

“We’ll have a bit of fun under both codes (hurdles and fences) with him. Jack is riding great and I’m delighted for all the boys who are friends of mine and come from all over Ireland.”

Elsewhere on the card the father-son team of Tom and Bryan Cooper combined to win the Irish Stallion Farms EBF Mares Maiden Hurdle with the impressive Sainte Dona.

Beaten a neck into second place at Clonmel four weeks ago, the five-year-old went one better in some style as the 2/1 favourite – building up a huge lead and passing the post with 25 lengths in hand.

Tom Cooper said: “The plan was to jump out and make it. She might have got a bit of a freebie, but still she kept going and won 25 lengths. She had plenty left and started to idle a bit and the third-last being taken out didn’t help either.

“She is crying out for a fence and would definitely get black type over fences, but whether or not she’ll get it over hurdles, I don’t know. There aren’t a lot of staying races for novice mares but we could see what handicap mark she gets as that could be another option.”