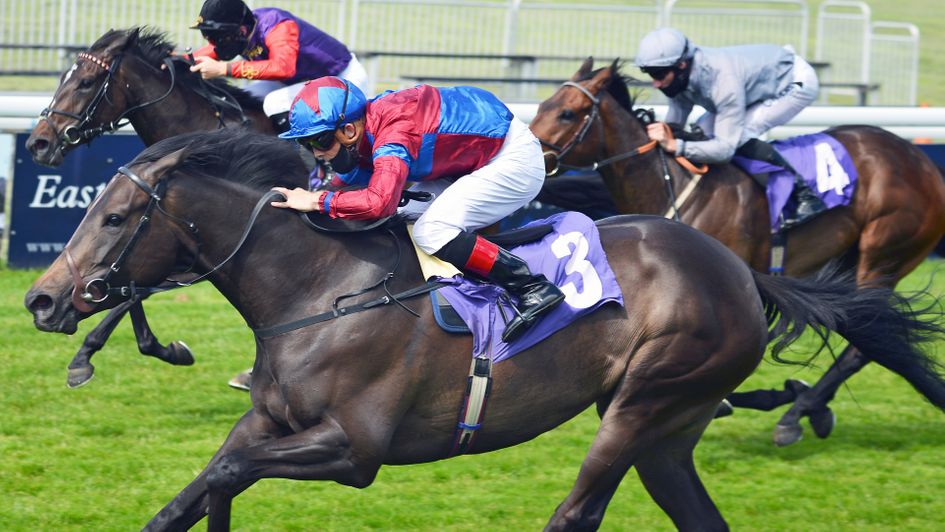 Hugo Palmer has the Group Two Lillie Langtry Stakes pencilled in for Golden Pass after her Listed weekend success.

The daughter of Golden Horn was a winner at Newmarket on Saturday, taking the Aphrodite Fillies’ Stakes by three-quarters of a length having started as 2-1 favourite.

That performance followed a second-placed run in another Listed contest at Pontefract, where the bay finished just a head behind Sir Michael Stoute’s Katara.

Palmer reports Golden Pass to be well after her recent exertions and remains open minded regarding a possible step up to a mile and six furlongs for the Lillie Langtry Stakes at the Qatar Goodwood Festival.

“She hasn’t done a lot since Saturday but she’s had a quiet canter this morning and Phil White, who rides her every day, said she felt great,” he said.

“She was squealing with wellbeing, she’s sound and is eating, so the early signs are that she seems to have taken the race really well.

“We’re just taking it one day at a time, but if I had to be leaving her in the Lillie Langtry and if I had to make that decision by 12 o’clock today, I would be doing so.”

All of the filly’s runs have been over 12 furlongs this season, but it was the manner of her victory at Newmarket that has boosted plans for a step up in both trip and grade.

“She looks like she stays well – at Newmarket on Saturday she galloped all the way out to the road,” Palmer said.

“If she ever looked in trouble it was with about a furlong to run, but she was well on top again by the finish.

“I’m not saying she won’t run over a mile and a half again, but it looks entirely possible that a step up in trip could bring about the improvement from a Listed filly to a Group filly.

“She’s exceptionally tough and genuine, she leaves everything on the track and that’s why I think she’s taken her racing quite hard. But now that she is four, she seems to be so much more mature and so much more able to back up.”