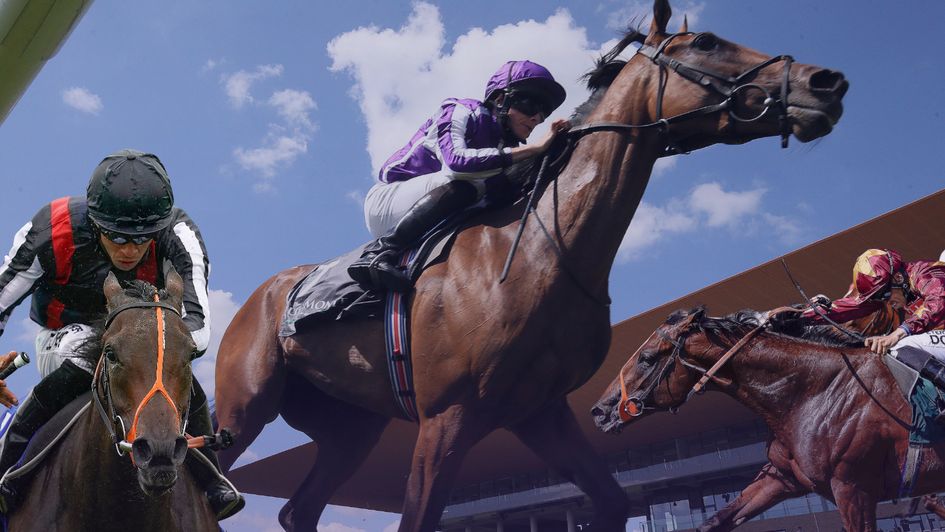 Ben Linfoot picks out the main Saturday talking points from the Curragh, Newbury and Newmarket as Snowfall stars while there's more stewarding debate. 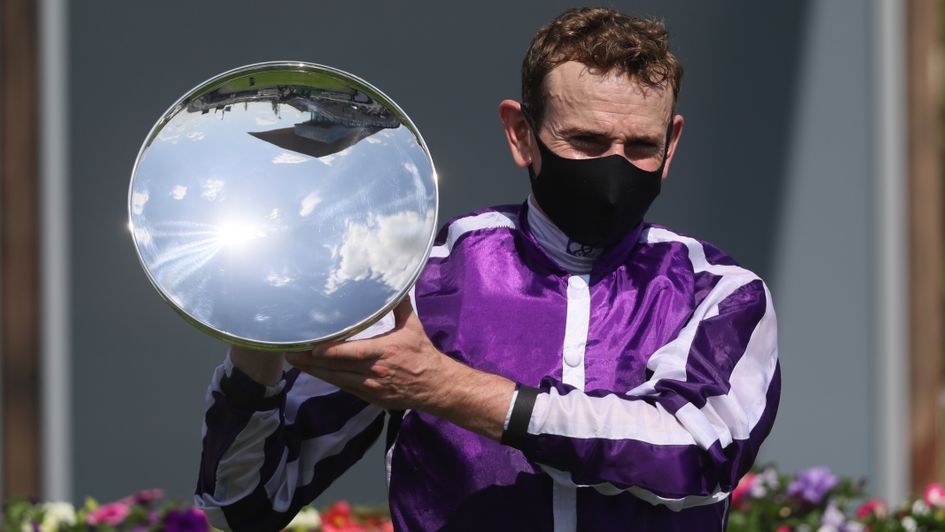 The man in the mask: It was a good day for Ryan Moore thanks to an armchair ride on Snowfall

Given the paucity of real class amongst her rivals the Juddmonte Irish Oaks looked a penalty kick for Aidan O’Brien’s Snowfall and so it proved, but it’s hard not to get excited about her Prix de l’Arc de Triomphe claims.

We’ll get a real gauge on her talents when she takes on older horses and the colts, those future challenges all the more tantalising now she has shown herself to be in a different league to her three-year-old filly contemporaries once again.

There was a moment turning for home where I thought Ryan Moore was getting after her much earlier than anticipated, but almost as soon as that signal was received by the filly she came back on the bit and tanked her way to the front.

Once she was let down she motored clear for her second another planet Classic victory and though she will have to prove herself against much better horses than those she faced today in the future, my goodness, she looks to have all of the tools for the job.

You can’t really argue with those general 4/1 quotes for the Arc. Getting 10lb from the older colts, 4lb from the three-year-old colts and 7lb from the older fillies, those allowances could make her a lethal proposition – especially as she looks so versatile regarding ground conditions.

In the space of an hour at Newbury and Newmarket British racing’s stewarding and interference rules were in the spotlight yet again.

First up we had the front two placings reversed in the bet365 EBF Novice Stakes when Home City edged Tropez Power across the track before beating him by a neck.

Then at Newmarket an hour later Devil’s Angel hung to his left and wiped out Theotherside and Mount Mogan with just a head separating the winner from the runner-up at the line.

With interference obvious in both cases, the key question for the stewards was this: on the balance of probability, had the interference not occurred, would the runner-up have finished in front of the winner?

An element of opinion is naturally required here and it’s worth considering that the stewards have to make their decisions under time pressure.

But with both head-on replays available in our video replays section both decisions are hard to fathom – see for yourselves.

Does anyone really believe Tropez Power would’ve beaten Home City without the interference? Not me.

And, on the balance of probability, would Theotherside have likely beaten Devil’s Angel without being lunged at in the closing stages? The winning distance was a head and I’d have to say yes.

Cries for consistency are warranted, but this just looks like a clear case of the present rules being applied incorrectly and in the space of 60 minutes on a Saturday afternoon, to boot. It’s not good enough.

Richard Hannon Sr won the Weatherbys Super Sprint on seven occasions and Jr is catching up fast; Gubbass now being his fourth winner of the race since taking over the reins at Marlborough.

This son of Mehmas did it on just his second start, fully 99 days after he made his debut at Leicester back in April, making the training performance all the more impressive.

The Hannon big guns are really firing now on the back of Snow Lantern, Lusail, Ardbraccan and Motakhayyel winning at Newmarket’s July Festival and jockey Sean Levey is reaping the benefits.

Silvestre de Sousa was on the aforementioned Hannon-trained and King Power-owned Tropez Power, who was given the opening race by the Newbury stewards, but Levey rode the big two with Happy Romance instigating a double for the jockey in the Group Three Hackwood Stakes.

There was a moment late on where he will have been praying for a bit of racing room, but he switched between Diligent Harry and Royal Crusade just in the nick of time and that decision enabled Happy Romance to get up on the line.

Good stuff from Levey, good placing from Hannon and a timely return to form for Happy Romance, who got her first turf success of the season a year on from becoming Hannon Jr’s third Super Sprint winner on the corresponding card.

🏇🤑 Thriller - tipped up by our man @BenLinfoot, Happy Romance lands the (Group 3) Hackwood Stakes at @NewburyRacing!

Hands up, I was one of those and watching the Bahrain Turf Series Handicap doesn’t make for pleasant repeat viewing.

The improving son of Golden Horn settled nicely for Jamie Spencer in the rear on his first go at the two-mile trip, and when he came there tanking three out I was already daydreaming about which local takeaway was going to receive the Linfoot pound.

The chef’s special lamb tikka masala had first run on them all at this point but so did Scaramanga, under replacement jockey De Sousa, and when Rodrigo Diaz had to circle around the weakening Global Heat the writing was on the wall.

Crucial lengths were lost and though Rodrigo tried his hardest to reel in the Paul Nicholls-trained leader, it was an inevitable and heartbreaking half-length that separated them at the line.

A clear case of best horse finishes second, David Simcock’s horse will go up four or five pounds for being beaten today, adding to the bitter taste left in the mouth – and no lamb curry to at least help in that department.

🥇 The Man with the Golden Gun strikes at @NewburyRacing @007

Scaramanga silences his rivals with success in this £60,000 prize for @PFNicholls & @SilvDSousa

Good day – Marco Ghiani on top of the World

In a game of inches things might’ve ended all Rodrigo Diaz for backers of Real World earlier on the card as he had to wait for room in the Listed bet365 Steventon Stakes.

At that point Derab got first run on Saeed bin Suroor’s horse but highly-promising jockey Marco Ghiani enticed a rattling finish out of the Royal Hunt Cup hero to seal the win.

While it looked unlikely a furlong out, a length and a quarter separated the front two at the line, Ghiani having enough time to salute the crowd with a joyful finger gesture in the closing stages.

It was great to see and while some jockeys struggle when initially losing their claim, Ghiani has been absolutely flying with this victory his eighth in the last 10 days alone.

“I love him so much,” a visibly excited Ghiani told Racing TV afterwards. With infectious enthusiasm like this, plenty of racing fans will feel the same about the latest rising star in the weighing room.

🗣 "I love him so much."@linusghiani99 has struck up a good rapport with Real World & discusses his success in the Listed @bet365 Stakes for team @godolphin at @NewburyRacing pic.twitter.com/oGpHaYqqyE