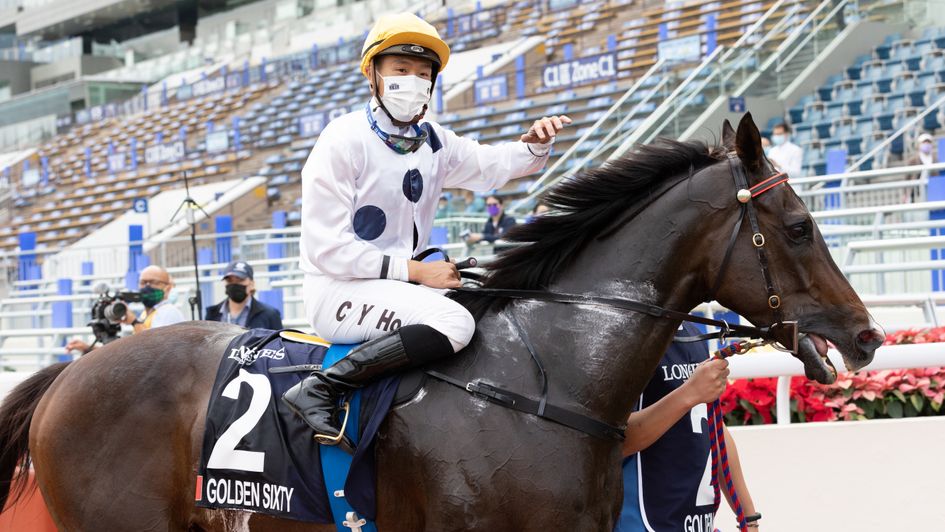 Passing the field in a handful of strides despite the early pedestrian pace, Golden Sixty proved once again that he’s in a league of his own over the mile in Hong Kong.

“It was a nice run and I think we both enjoyed it a lot. We had the perfect draw on the outside with no speed in the race. They tried to sprint from 600m (3f) out, but we were able to settle well early, trot through the race and then cruise up easily," said Ho.

“As usual, he did his job. He saw the winning post and realised it was job done so started to slow himself down, so I had to ask him for a couple of extra strides."

Golden Sixty’s next assignment will be the Group 1 Hong Kong Mile at the Hong Kong International Races (HKIR) meeting on Sunday 12th December, a race that Ho is rightly confident about successfully defending.

He said: "It was a good performance and a good lead-up for the International Races. I think there’s definitely more to come.”

The El Roca gelding was heavily backed late despite Lui’s concerns over the five-year-old jumping from the outside gate in a field of 10 and duly justified the support, triumphing by three quarters of a length in 1m 07.98s.

“Honestly, I couldn’t say I was confident when I looked at the draw because I was concerned with the draw but he (Chau) rode him very well. I told him to study how Zac rode him last start. The pace was good and the horse has improved,” Lui said.

“Jerry did a great job and the horse is going very well.”

The typically reserved Lui, who also triumphed with Golden Sixty on a pivotal Bank Of China (Hong Kong) Race Day, was content to deflect to Chau, who is very much regarded as the future of Hong Kong’s riding ranks.

“It’s my best win in Hong Kong. We were lucky, they went fast early and I had a chance to get in and get cover,” Chau said. “It’s very exciting. I’ve won on this horse before but last start Mr Lui gave Zac the horse to ride and he won the race and I was a bit disappointed.

“I didn’t think I would get the chance to ride him again. But luckily Zac chose (Naboo Attack) and Mr Lui gave me the opportunity again. Big thanks to him and the owner. It’s meaningful – I’ll need to have a big celebration.

“I’ve only just finished my apprenticeship and I’m getting some nice opportunities and I’m trying to ride them to the best of my ability.”

Lui indicated Purton, who leads the Hong Kong jockeys’ championship, would be offered the ride on Lucky Patch in the LONGINES Hong Kong Sprint on 12 December.

Courier Wonder, who stalked Computer Patch before striking the front, raced erratically under Joao Moreira over the closing stages to finish two and a quarter lengths fifth from the winner.