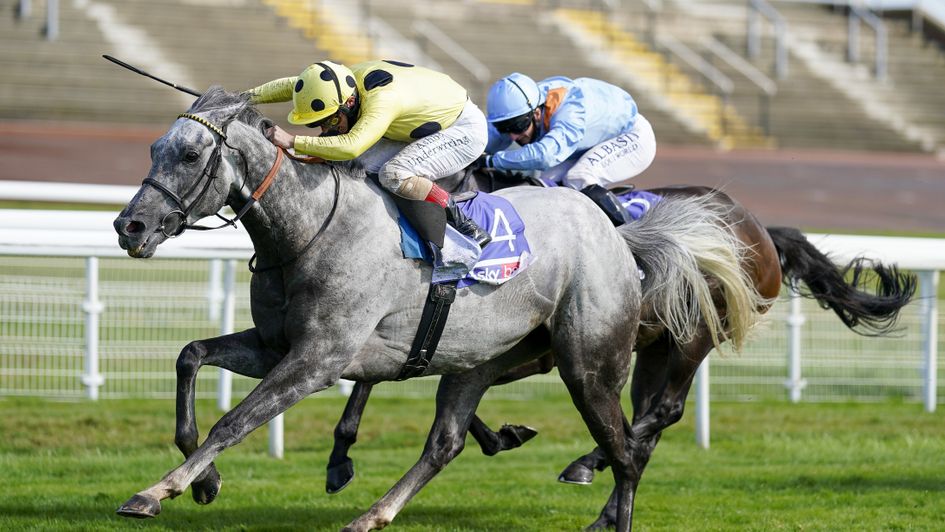 Fujaira Prince on his way to Sky Bet Ebor glory

Fujaira Prince suffered a fatal injury on the gallops on Wednesday morning as he was being prepared for the Qipco British Champions Long Distance Cup at Ascot on Saturday.

The seven-year-old, trained by Roger Varian, finished third in the Group Two contest over two miles in 2020 and was prominent in the ante-post betting at around 10/1.

Fujaira Prince won the Ebor at York last season and was second in the Irish St Leger. He won five of his 12 starts and earned £303,265 in prize money.

“It is with great sadness that we have to announce the passing of stable favourite Fujaira Prince, who suffered a fatal injury on the gallops this morning,” the Newmarket trainer announced on www.varianstable.com.

“Fujaira Prince was a lovely horse who has given us many special moments, the highlight of those being his success the Ebor in 2020.

“He will be much missed by the whole team here at Varian Stable, in particular by his groom Alan Rutter, his work rider Chiara Careddu, barn manager Dee Deacon, and of course by his owner Sheikh Mohammed Obaid Al Maktoum.”