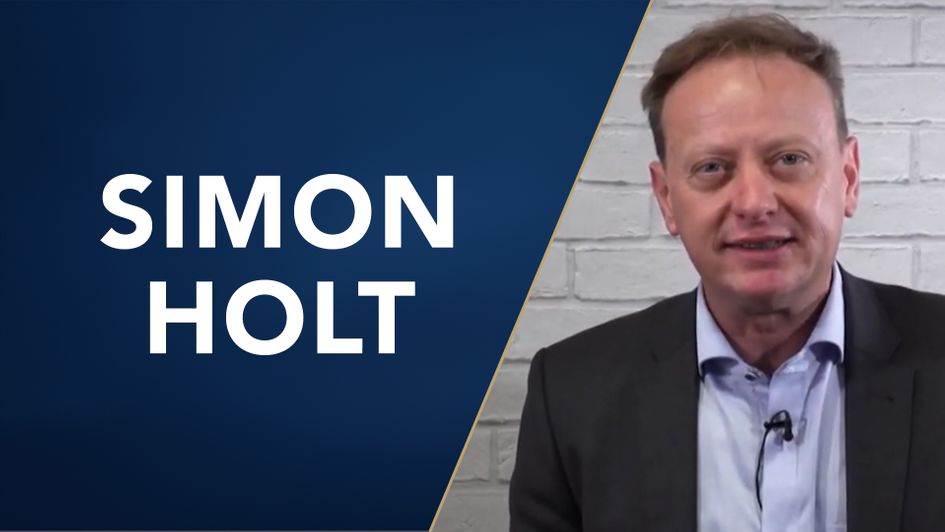 Top tipster and leading commentator Simon Holt marks your card for Cazoo Derby day at Epsom including an each-way fancy in the big race.

Take Appleby to have the answers again

In this week of all weeks when the country celebrates The Queen's Platinum Jubilee, and just six days after the death of an Epsom legend, there could hardly be a more appropriate winner of Saturday's Cazoo Derby (run in memory of Lester Piggott) than NATIONS PRIDE.

But, aside from the obvious headline appeal and coincidence factor, there are sound reasons why Godolphin's number one contender (the mount of William Buick) could be the one to beat having, significantly, been supplemented for the race at a cost of £75,000.

Of course, the high entry fee is neither here nor there for Godolphin boss Sheikh Mohammed, but Nations Pride must still have been delivering in spades on the gallops to warrant the late intervention.

On the official handicapper's ratings, the son of Teofilo has only a pound to find with the favourite Desert Crown, and it was hard not to be blown away by his poise and balance when slamming admittedly inferior rivals in the listed Newmarket Stakes at the Guineas meeting, a fourth consecutive victory since finishing second at Yarmouth last September.

That seven-length thrashing of the re-opposing Hoo Ya Mal followed wins at Lingfield, Chelmsford and at Meydan in similarly fluent fashion.

This is a big step up from a listed race but Nations Pride is pretty sure to stay (his sire has produced two Melbourne Cup winners in Cross Counter and Twilight Payment plus last season's Gold Cup hero Subjectivist) and, after colts classic successes this season with Coroebus, Native Trail and Modern Games, something is clearly going very right with Charlie Appleby's team as they seek a third Derby triumph in five years following Masar in 2018 and Adayar 12 months ago.

Look to the West for spot of value

It looks a high quality field and Desert Crown (under Richard Kingscote) can be expected to improve after making it two from two in last month's Dante Stakes despite a training interruption in the spring.

Impressive on his debut at Nottingham last autumn, he surprised trainer Sir Michael Stoute (responsible for five Derby winners) when sweeping so devastatingly past his rivals on the Knavesmire before beating Royal Patronage by just over three lengths.

Desert Crown's master-trainer will have had something to work on since and this son of Nathaniel, a sire who has produced the likes of Enable and last week's Henry 11 Stakes winner Quickthorn, also seems very likely to stay this stamina-stretching mile-and-a-half well.

He could be a star but lacks experience with just two runs under his belt whereas Nations Pride could be more streetwise. The ratings suggest there is very little between these two exciting colts, but the value may lie with the selection.

Aidan O'Brien's trio are almost certain stayers too, with second favourite Stone Age arguably the most impressive in the Leopardstown trial and officially rated just a pound below Nations Pride.

The son of Galileo failed to win last year but was second in a Group One in France and is now improving. The mount of stable number one Ryan Moore, he looks the most likely Ballydoyle runner to give his trainer a ninth Derby success though stable-companions Changingoftheguard (Wayne Lordan) and Star Of India (Seamie Heffernan), who advertised their credentials in testing conditions at Chester's May meeting, can hardly be ignored.

Most of the others probably need to find further improvement to win. For all his potential, Piz Badile's Ballysax Stakes win was let down when the runner-up Buckaroo disappointed in the Irish 2000 Guineas and it's hard to see Royal Patronage, another appropriately named runner given The Queen's love of horse racing, turning round his defeat by Desert Crown.

But, if you fancy a poke at a longer shot, WESTOVER could produce an each-way return. This strapping son of Frankel returned with a battling defeat of Cash in the bet365 Classic Trial at Sandown (the race which produced Alenquer, Adayar and Yibir last year) and, while that form is untested, he is a horse with the scope to improve a great deal for that run especially as he still showed signs of inexperience in the closing stages while also knuckling down admirably.

In the opening Cazoo Handicap, MR BIG STUFF can make up for a luckless run when fifth in last month's London Gold Cup at Newbury.

Stuck on the inside all the way up the home straight that day, Richard Spencer's colt was just about to come between horses inside the final furlong only to be completely blocked off again and eased down by Hollie Doyle.

Raised just a pound for that effort, he looks capable of rating more highly and his previous length second (receiving 3lb) from Al Qareem at Nottingham endorses that view with the latter having won since.

Al Qareem has now earned a rating of 96 whereas Mr Big Stuff runs here off 82 with apprentice Tyler Heard taking off an additional 5lb.

A wide draw is not particularly advantageous but, on the other hand, he should get a clear run this time and other efforts last season behind the unbeaten Yonafis and the Derby favourite Desert Crown also suggest that Mr Big Stuff is capable of much more.

The Group Three Princess Elizabeth Stakes sees a rematch between ROMAN MIST and Potapova who were separated by a head in a listed race at Kempton in April.

That form, boosted since by third placed My Astra and the fourth Lola Showgirl, suggests there is little between the two fillies, but there seems no end to Roman Mist's improvement.

Tom Ward's daughter of Holy Roman Emperor has improved by 38lb since the start of last season and has a tremendous will to win.

On some form, Potapova, who finished fourth in a Group Three at Sandown last August, could have a bit more class, but she has a habit of starting slowly and doesn't look totally reliable.

So, at the odds, Roman Mist has to be the value to confirm the Kempton placings with Mrs Fitzherbert and Bashkirova, first and second in a listed event at Goodwood last time, both respected.