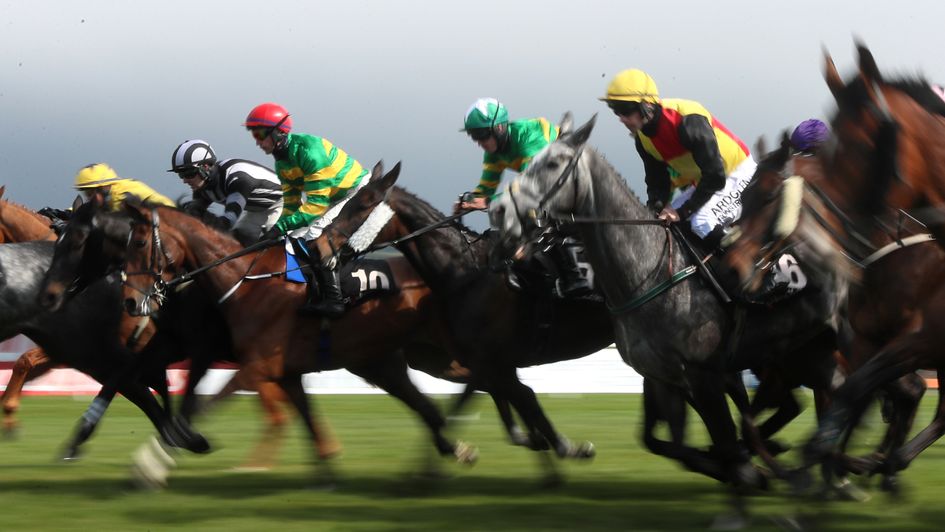 Five horses to note from Punchestown for next season

Donn McClean reflects on the Punchestown Festival by picking out five horses that have the promise to excel next season.

Scholastic did well to keep on as well as she did to finish fourth in the opening race of the week on Tuesday, the two-mile novices’ handicap hurdle. Settled in mid-division and along the inside early on by J J Slevin, she travelled well through her race, but she got a little out-paced when they quickened on the run to the third last flight. She wasn’t overly fluent at that obstacle, nor at the second last, with the result that she was no better than 12th and playing catch-up as they raced around the home turn. She got caught in a little bit of traffic there too but, once in the clear, she stayed on well on the inside over the final flight and up the run-in to get up and take fourth place behind Cousin Harry and Light Brigade.

It was another game performance by Joseph O’Brien’s filly, a four-year-old taking on her elders. She has been busy this season, this was her 11th run over hurdles and her 18th run under all codes since last July, but she has thrived on her racing. She beat Jeff Kidder by six lengths when she won her maiden hurdle at Punchestown in September, and she finished third behind the same Jeff Kidder and Teahupoo in the Grade 2 juveniles’ hurdle at Fairyhouse’s Easter meeting.

A winner over two miles on the flat at Dundalk in January, she shaped here as if she could step up in trip now. She could go beyond her rating of 123 next season over a longer trip.

We hadn’t seen Eric Bloodaxe since he had finished seventh behind Appreciate It in the Grade 2 bumper at the Dublin Racing Festival at Leopardstown in February 2020, but he returned on Wednesday with a performance that suggested that he had retained lots of his ability.

He couldn’t go with Kilcruit and Sir Gerhard when they quickened on the run around the home turn, but he had travelled well up to that point, and he kept on gamely up the home straight to take fourth place in front of Sundrenched and Ramillies.

His bumper form from last season is top class. He beat Ferny Hollow on his racecourse debut at Fairyhouse in December 2019, and he followed up by beating Wide Receiver in a bumper at Leopardstown’s Christmas Festival four weeks later, before he disappointed when sent off as second favourite behind Appreciate It for that Grade 2 bumper back at Leopardstown.

The Gigginstown House horse is still only six, and he could be an exciting novice hurdler next season. 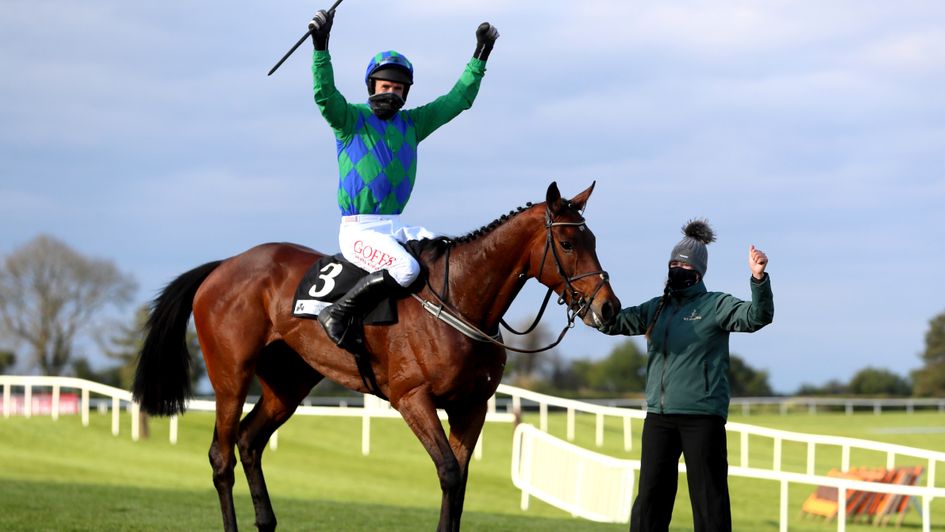 French Dynamite kept on well to finish fourth in the Champion Stayers Hurdle on Thursday. Sent to the front from flagfall by Rachael Blackmore, Mouse Morris’ horse was always prominent in a race that was run at a strong pace. He ceded the lead to confirmed front-runner Flooring Porter at the second flight, but he sat second behind him in a well stretched-out field.

He moved up on the leader’s outside at the fourth last flight, where he wasn’t helped by Flooring Porter jumping to his left, and he jumped on into the lead at the third last. He came under a ride as they rounded the home turn, as Klassical Dream made ominous progress from the rear, and he was passed at the top of the home straight, but he kept on admirably after he had been passed to retain fourth place.

Klassical Dream was seriously impressive, he probably would have won regardless of how the race had been run, such was the magnitude of his superiority, but it was a race in which the hold-up horses came to the fore. French Dynamite did best by far of the prominent racers. Flooring Porter was ultimately pulled up, while Coral Cup winner Heaven Help Us, who raced in third place from early, faded to finish 10th.

French Dynamite is a talented hurdler, he finished second in the Lismullen Hurdle on his debut this season, and he got to within a length and a quarter of Stormy Ireland in a Grade 2 contest at Fairyhouse at Easter. The Robcour gelding could progress again over hurdles next season but, winner of his only point-to-point, he would be an exciting novice chaser should connections go down that road now. He is only six, and he could take a high rank among the staying novice chasers next season.

Unexcepted ran well for a long way in the two-mile handicap chase on Thursday. Settled back in the field early on by Jody McGarvey, and towards the outside, he got in a little tight to the first fence, but his jumping thereafter was good.

Willie Mullins’ horse travelled well in mid-division through his race, and he jumped his way up into fifth place as they raced to the third last fence. He joined the front rank as they raced around the home turn, and it appeared as though he was travelling best of the four who disputed the lead as they straightened up for the second last fence. He came under a ride though on the landing side of the second last, and he tired from there, ultimately fading to finish seventh.

Even so, it was a most encouraging run from JP McManus’ horse. It was just his third chase, and it was his first run since he faded to finish sixth behind his stable companion Energumene in the Irish Arkle at Leopardstown in February. He had been seriously impressive in winning his beginners’ chase at Tipperary in October, and he could be an exciting two-mile chaser for next season. 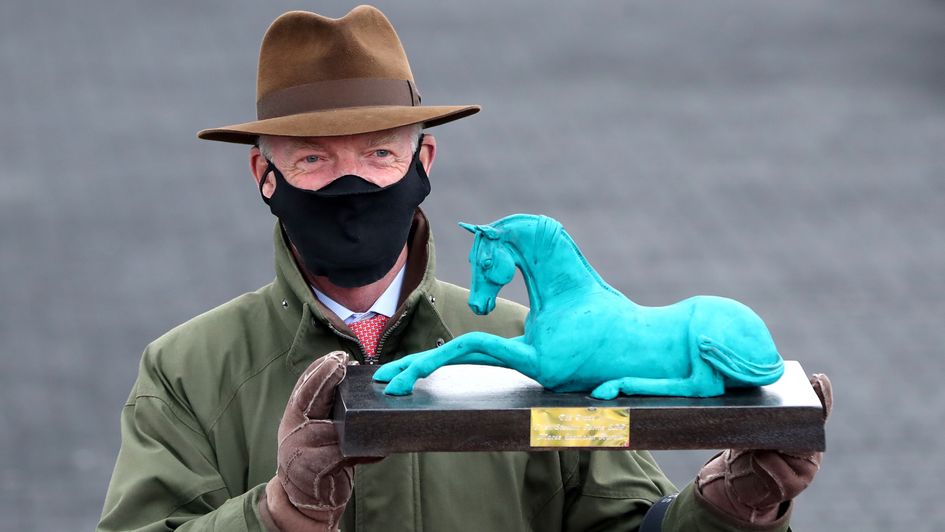 A Punchestown to remember for Willie Mullins

Walk Away was ultimately no match for the top class Asterion Forlonge in the novices’ handicap chase on Friday, but he kept on well to finish a good second.

Henry de Bromhead’s horse hadn’t run since he fell when sent off as favourite for the Munster National at Limerick last October, but he warmed to his task nicely here. He travelled well to the home turn and, while he couldn’t go with the winner when he quickened, he kept on well to finish second behind him, almost five lengths clear of Port Stanley in third.

This is a race that can be a good pointer to the future, the previous two renewals were won by Real Steel and Kemboy. Also, six of the last 10 Galway Plate winners ran in the race, and two of them – Shanahan’s Turn and Balko Des Flos – were trained by Henry de Bromhead.

Walk Away is a talented horse, he finished fourth behind Champ, Emitom and Lisnagar Oscar in the Grade 1 Sefton Hurdle at Aintree in 2019, and he has raced just five times over fences. He has the potential to go beyond his current handicap rating of 136.

For more from Donn head to www.donnmcclean.com