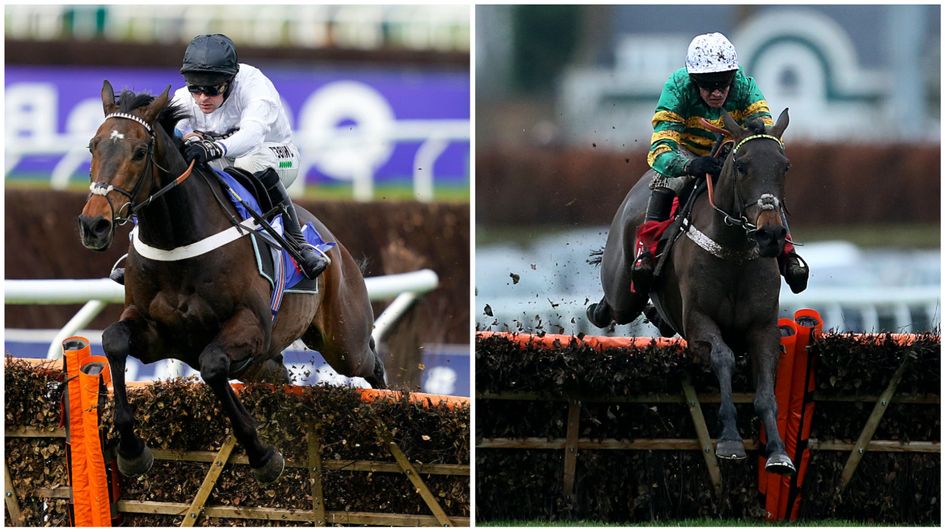 Constitution Hill and Epatante to clash in Fighting Fifth Hurdle

Aidan Coleman knows Epatante might have to raise her game again if she is to win the Betfair Fighting Fifth Hurdle for the third time on Saturday.

She was not seen again after Boxing Day until the Champion Hurdle in March, where she was second to Honeysuckle in the two-mile championship she lifted in 2020.

Brilliant afterwards in the Aintree Hurdle, the JP McManus-owned eight-year-old now has the daunting prospect of getting the better of stablemate Constitution Hill if she is to join Comedy Of Errors and Birds Nest as a three-time Fighting Fifth winner, after he was rerouted from Ascot last weekend.

Coleman will once again do the steering on Epatante and said: “It is a good race, but she is a nice mare who had a great season last year.

“She will have to be better. This is a new year and a new race and these races are very hard to win, but we will be in there trying to give it our best shot.

“They may be watering at Newcastle – it has been a mad season, hasn’t it – but I’m not worrying about that.”

With Gordon Elliott’s Piped Piper as expected an absentee at the final declaration stage, the biggest dangers to the Henderson duo are likely to be Hughie Morrison’s Not So Sleepy and the Ann Hamilton-trained Tommy’s Oscar.

Not So Sleepy has an interesting history in the race, for as well as dead-heating 12 months ago he caused quite a bit of havoc the year before as he jinked and unseated at the first, carrying out Silver Streak in the process. Tommy’s Oscar, meanwhile, is reverting to hurdles after two promising starts over fences.

The Iain Jardine-trained Voix Du Reve – who has run in the last two renewals – completes the five-strong line-up.

Barry Orr, Head of Media Relations at Betfair, said: “It’s the biggest clash of the National Hunt season to date and all eyes will be on Constitution Hill as he encounters open company for the first time. Some punters have tasty ante-post vouchers for him having been odds against in that market but since confirmation of his participation he has contracted from 4/11 to 1/4."