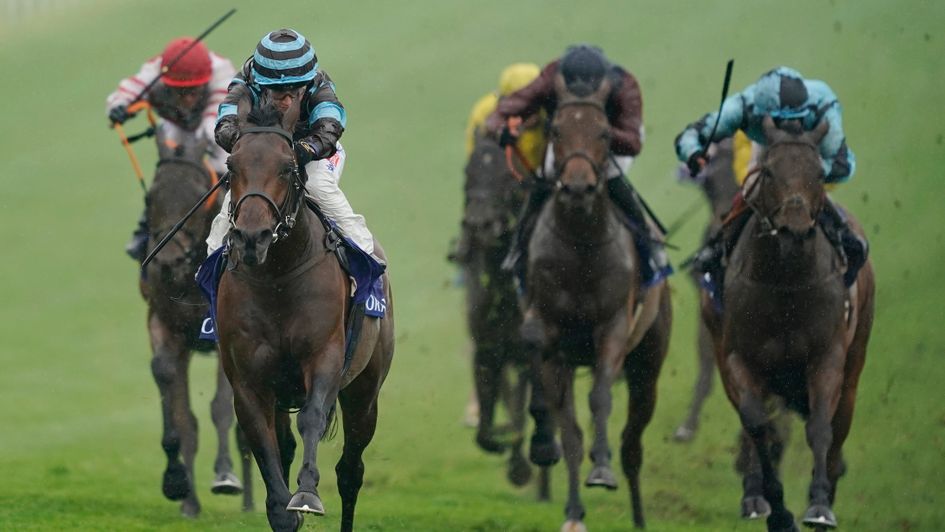 Andrew Cooper, Clerk of the Course and Head of Racing at Epsom Downs, has said he expects the going to improve for Saturday's Cazoo Derby Day.

At least 11mm of rain fell on Friday, significantly more than had been forecast, prompting Cooper to swiftly change the going to Good to Soft after the first race on day one of the Cazoo Derby Festival.

Speaking after racing finished he said: "I'll leave it as Good to Soft, but it's going to be dry overnight and then we are due a pleasantly warm day tomorrow, with temperatures of 22 to 23 degrees (Celsius).

“It will dry to some degree, and I'll be surprised if at some point in the morning we are not mentioning 'Good in places'. Time will tell to what extent it dries after that, but I've known us run a Derby on officially Good ground when it's been like this at the end of the first day. I wouldn't rule that out again."

He added: "I think every race today was around six seconds slower than standard, so they weren't exaggerated soft ground times and it tends to look worse than it actually is here, and invariably walks back well after each race.

"Overnight the last mile of rail will be taken away, as usual, so that opens up around five yards of fresh ground. Today's racing surface will be repaired to a degree tonight and completed in the morning, when the entire Derby course will also be given a cut."

Cooper went on to defend the week's watering strategy and said: "When I came in this morning at 6am and walked the course I was on the verge of calling it 'Good to Firm, Good in Places', and if we hadn't watered during the week it would have been Firm, undoubtedly.

"The forecast at that stage, as it had been on Thursday, was for a day that would be damp, but with rainfall in the 1mm to 4mm range. We ended up with nearly 11mm, but you accept that as the meteorologists are working with the information that's available to them.

"We've been open about what we've done this week, and in putting down 5mm, 5mm and then about 2.5mm that adds up to only about half an inch. Without doing something in the week it would have been Firm, with a forecast of 2mm of rain, which would have turned it into an ice rink. I can't believe anybody would think that was a sensible approach."