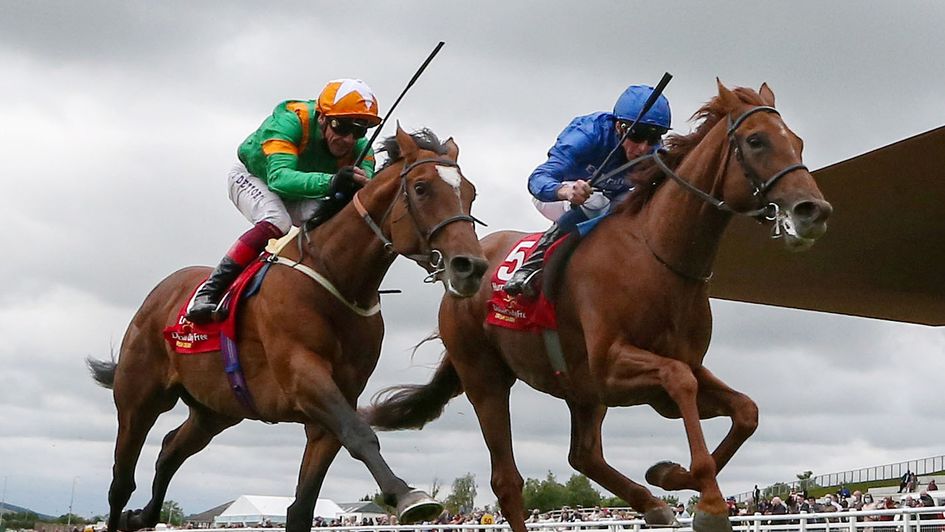 Martyn Meade is ready to find out just how good Lone Eagle is when his stable star runs in the King George VI And Queen Elizabeth Stakes at Ascot.

The Galileo colt missed out agonisingly in the Irish Derby to Hurricane Lane, having made a bold bid under Frankie Dettori – who is keen to retain the partnership.

“I was thrilled with his run at the Curragh – everything he did in the race was right, apart from the result I suppose,” said Meade. “He’s come out of it very well. He’s a horse that is very straightforward and he’s just flourishing, I think. Saturday is a big task, but I’m confident he’ll produce a really good showing there.”

Dettori made a bold move three furlongs out at the Curragh, and Meade thought at the furlong marker that it would be a race-winning decision.

He told Nick Luck’s Daily podcast: “The way the race panned out meant we were left in front – I thought the pace maker would take us further into the race, but Frankie had no option to go on when he did.

“Two furlongs out I was thinking it wasn’t ideal to go on at this stage – but a furlong out I thought ‘good Lord, there’s a chance we’ll win this’. I could see the blue colours quickening, but I didn’t think he was going to get there.

“Because our horse had nothing to aim at when the other horse came, there was no time to get momentum again and have a fight with the other horse, so it was a beautifully timed run as far as (William) Buick was concerned.

“I’d love to see what would happen if we ran the race again and at the two furlong marker if the winner was upsides – that would have been interesting, but of course we’ll never know.

“Frankie was very enthusiastic about the horse, while obviously being upset about the result. He said he just kept on giving and giving and couldn’t ask for any more. He said he was a delight to ride and was keen to ride again on Saturday.

“We still don’t know how good he can be. Maybe the Curragh was the pinnacle, maybe not – we’ll find out on Saturday.”