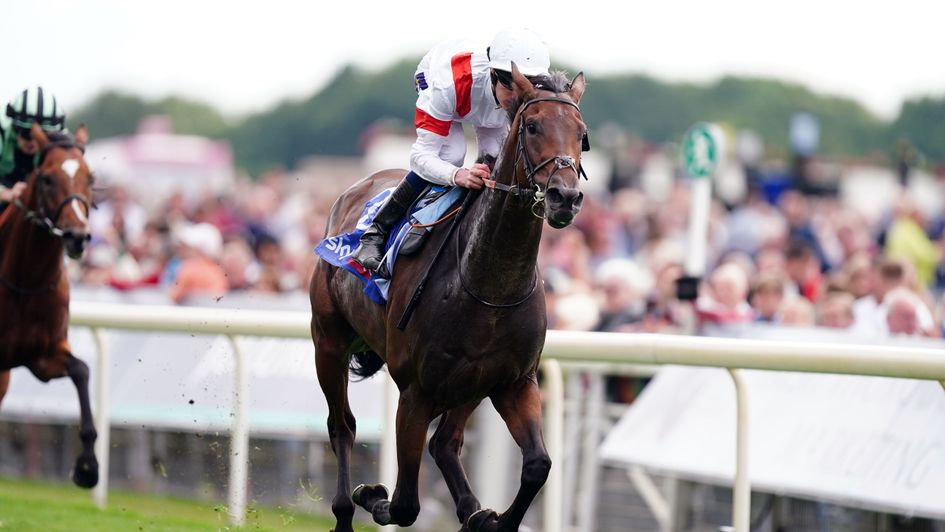 Melbourne Cup favourite Deauville Legend is about to start his journey to Australia, with trainer James Ferguson confirming the progressive three-year-old will soon enter quarantine ahead of his tilt at the ‘race that stops the nation’.

The son of Sea The Stars has been a model of consistency this term, scoring on three occasions and finishing second in his other two outings at Royal Ascot and Glorious Goodwood.

He advertised his staying credentials when landing the Bahrain Trophy over one mile and five furlongs during Newmarket’s July Festival and produced a career best to strike in the Group Two Great Voltigeur Stakes at York last month.

Ineligible to run in the St Leger due to being a gelding, the Melbourne Cup became the obvious target following his success on the Knavesmire.

That is giving his handler plenty of hope ahead of the November 1 contest at Flemington, for which he is a best price of 10/1 with Sky Bet but as short of 6/1 with Betfred, as attempts to enhance the stellar recent record of British and Irish-trained runners in the world-famous staying contest.

“He goes into quarantine a week on Monday and I think the form is working out very nicely. It is straight to Flemington.”