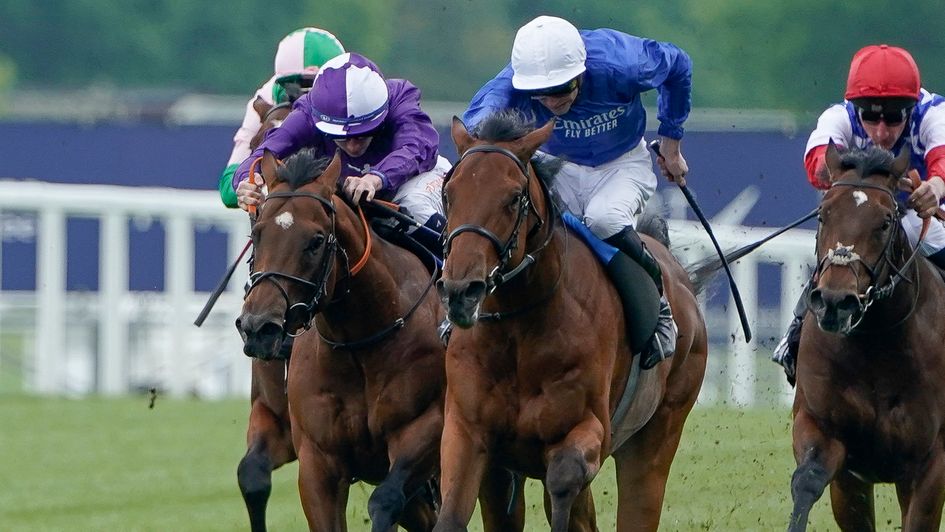 David Loughnane has revealed the Coolmore Wootton Bassett Nunthorpe Stakes at York is “certainly on the cards” for Walbank after the speedy son of Kodiac placed at Group level for the second time in the Molecomb Stakes at Goodwood.

His last two runs have been in esteemed company, firstly finishing second when sent off the 7-4 favourite for the Norfolk Stakes at Royal Ascot, before again making the podium on the Sussex Downs during the Qatar Goodwood Festival.

However, it is Walbank’s performance on the Knavesmire earlier in the season that is most exciting connections, and despite the 525,000 guineas buy having a host of options, is tempting them towards a tilt at the five-furlong Group One which is the feature attraction on day three of the Ebor Festival.

Following a potential trip to York, all roads lead to Keeneland at the end of the season, with the Breeders’ Cup highlighted as Walbank’s ultimate autumn target.

“He’s had four runs and he has been second, first, second and third, so he’s been rock solid,” said Loughnane.

“He’s got a lot of entries, he’s got an entry in the Gimcrack, but the Nunthorpe is still very much on the cards for us. He ran a very good time under a very easy ride at York, so the Nunthorpe is certainly on the agenda.

“He’s got an entry in the Mill Reef also and the long-term target would be to head to the Breeders’ Cup at the end of the year.

“Walbank ran very well (at Goodwood), he was probably just on the wrong part of the track and he was just a tad slow away this time when usually he’s out and he travels a bit better.

“It was a good run and he wasn’t beaten far having been out in the middle of the track a little bit on his own, so I think the performance deserves to be upgraded.”

The Helshaw Grange handler also provided an update on Hello You, who also runs in the colours of Amo Racing.

The daughter of Invincible Spirit was an encouraging fourth in the Group Three Oak Tree Stakes on the Sussex Downs and Loughnane hopes she can build on that effort when dropping back to six furlongs at Naas for her next outing.

“It was a step back in the right direction for Hello You and arguably one of her best runs since winning the Rockfel Stakes,” continued the Irishman.

“I know she was third in the Nell Gwyn, but I was really happy with this performance, it was a really good fourth and she will head to the Ballyogan Stakes at Naas on August 21. We just feel that coming back to a stiff six might help her a little bit.”