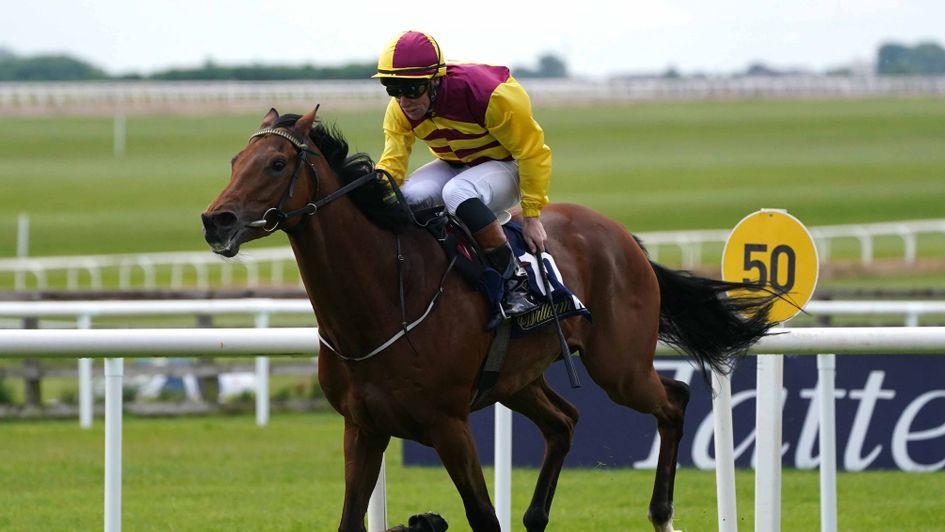 A review of the action from Saturday's meeting at the Curragh where our columnist Johnny Murtagh fired in a double.

Murtagh at the double

Mashhoor (7/1) led home a one-two for trainer Johnny Murtagh as he saw off Safecracker by four lengths under Shane Kelly in the William Hill Handicap.

Our columnist said: “There is fierce excitement there among the owners. He ran very well in Cork on his first run and he had a very good draw today, and was given a very good ride by Shane. There wasn’t much between our two at home, this lad probably had a better preparation.

“He’s probably mentally immature but is toughening up into it now and being by Kingman I’d say he has loads of class.

“There are handicaps in Ascot and that’s what we are in it for. The owners have had a great day at the Curragh and we’ll roll on to Ascot, if everything is OK, and have a shot there.”

Murtagh made it a double with the Ben Coen-ridden Chicago Bear in the closing William Hill Best Odds Guaranteed Handicap.

A winner on his first start for new handler Hugo Palmer at Haydock earlier in the month, Brad The Brief was sent off a 9/2 shot to claim a first success at this level.

William Buick was positive from the off on Brad The Brief, racing prominently along with fellow British raider Glen Shiel until that one started to feel the pace with two furlongs to run.

Mooniesta and A Case Of You appeared to be travelling well in behind, but it was the first-named who laid down the strongest challenge to Brad The Brief, with the pair neck and neck in the final furlong.

The winner did appear to drift across the track on the run to the line, with a stewards’ inquiry called to assess if he had scuppered Mooniesta’s chance of victory. However, Brad The Brief was eventually confirmed the half-length winner, with A Case Of You three and three-quarters of a length back in third.

Travelling head lad Peter McCulloch said: “He ran for the first time for us at Haydock on real wet ground two weeks ago in a conditions race and beat Glen Shiel three-and-a-quarter lengths going away then. He’s probably beaten him about five today so he’s come on again. He was drawn out in two but William has jumped great and tacked across the best he could. He’s really lengthened away when the other horse has come to him.

“He’s knuckled down and they’ve pulled clear of the third horse, who is a multiple Group One winner, so it’s a pretty good performance. Glen Shiel is fourth, who is a Group One winner as well. Touch wood, if he carries on improving like he appears to be since we’ve took charge of him then there could be a big one in him, not that this isn’t big. It’s fair to say he’s better with a bit of cut in the ground and if we do get a wet Saturday in Ascot, he could quite easily turn up for the Platinum Jubilee Stakes.” 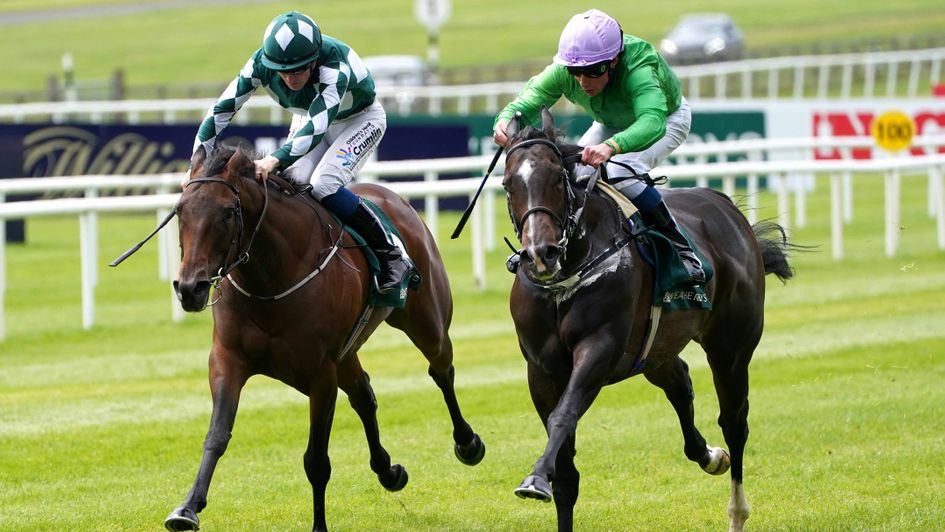 Brad The Brief lands the Greenlands

Blackbeard extended his unbeaten run to three with an impressive success in the GAIN Marble Hill Stakes at the Curragh.

Trained by Aidan O’Brien and ridden by Ryan Moore, Blackbeard was a Dundalk maiden winner in April before making the leap to Listed success at this track earlier in the month.

Moore was happy to let him bowl along in front in this six-furlong contest and the further he went, the better he looked – changing up a gear in the final furlong to easily see off evens favourite Tough Talk by three and a half lengths.

Betfair and Paddy Power make him a 4/1 chance from 7/1 for the Coventry Stakes at Royal Ascot and O’Brien believes Berkshire will be the next port of call.

“We weren’t exactly sure that he would get six, Ryan thought the last day that he would and obviously he got it very well,” said O’Brien. “He relaxed very well and quickened very well, that’s what you’d really love about him.

“No Nay Never is usually an influence for speed, which is good, but some of them don’t get beyond sprinting distances. Looking at this horse there is every chance that he could. The first day he was very green in Dundalk and then he just won here the next day, his first run on grass and obviously he learned a lot from that and came forward a lot.

“You’d have to say he’s a Coventry type horse. We thought he’d be either a Norfolk or Coventry horse. We ran him today to see could he be a Coventry and you couldn’t say he didn’t pass that test. He can go either way I think.” 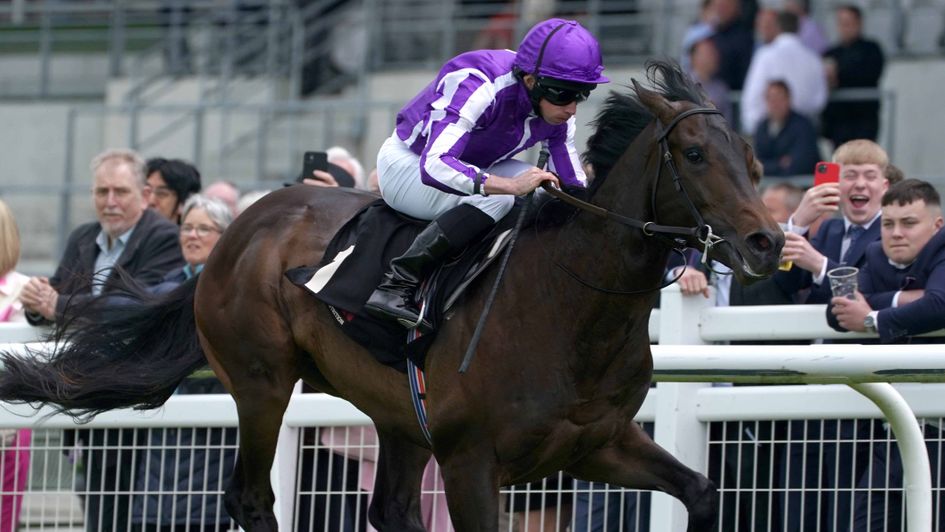 Blackbeard impresses at the Curragh

Hellsing (11-2) made a winning start for Ger Lyons and Colin Keane in the Tally Ho Stud Irish EBF (C&G) Maiden.

The Dandy Man colt finished with purpose in the six-furlong affair to deny O’Brien’s 13-8 favourite Congo River by half a length.

“That was lovely, he’s a typical Dandy Man,” said Lyons. “We’ve had success with Dandy Man before first time out, we’ve always liked him but he has to back it up for me before I get high about him. He was bought with the Goffs Million in mind and I wanted to start him over six. He was to start a few weeks ago but had a bit of a dirty nose and that’s why we waited.

“If he hadn’t run today he was going to go straight into a seven-furlong race. He was shouting and roaring before the race and for one of mine he was very green. He did it well, on pure raw ability. We’ll see how he comes out of it but ultimately he was bought for the Goffs Million and we’ll work back from there.

“He’s a gorgeous horse, his brother (Navagio) won last night and he’s a gorgeous looking horse as well, so obviously the mare knows how to throw them. We’re happy to have them.”