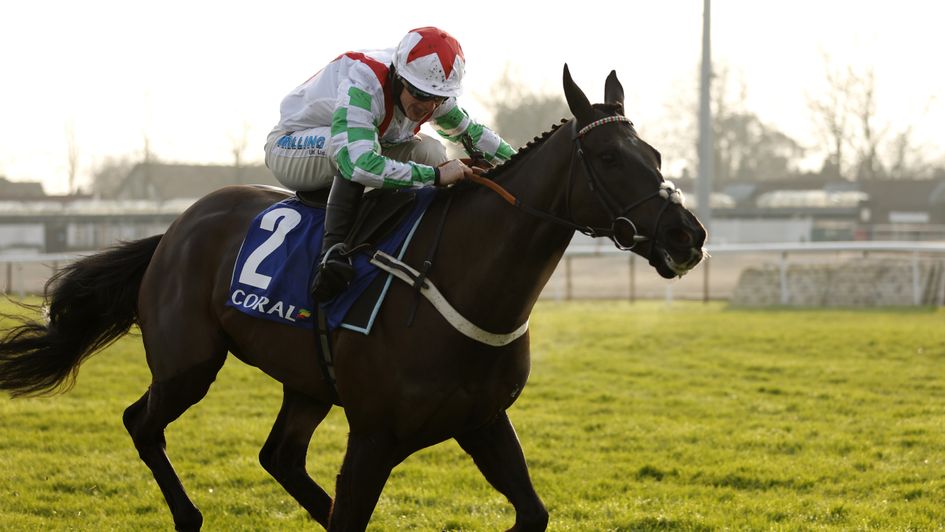 15/8 favourite Mister Fisher picked off Eldorado Allen to give Nicky Henderson a fourth success in the Coral Silviniaco Conti Chase at Kempton.

The winner travelled powerfully in behind as the freewheeling Rouge Vif and eventual runner-up duelled for supremacy at the head of the four-runner field.

The former was a spent force two out by which time James Bowen still had plenty of horse underneath him aboard Mister Fisher.

He asked him to go on approaching the final fence and his partner responded willingly to score by a length-and-three-quarters from Eldorado Allen.

Defi Du Seuil was tailed off in last having been under pressure from some way out.

“That was his race. It was made for him form the day it was put in the programme book – except for the ground, because he has always been a little bit vulnerable on sticky ground,” said Henderson.

“I think the ground is tacky, but with Falco (Blitz, winner earlier on the card) and him, we’ve gone wide the whole way which Barney (Clifford, clerk of the course) told me to do about three days ago.

“He was really good, but he is a very good horse. If you remember that last race at Sandown last year, when he looked as if he had got Frodon, and Frodon came back and beat him on the line – that is where he is in life. He is up there in the higher echelons.

“I think two and half miles is probably his trip… I know he ran a good race in the King George because it was his first run of the season and he turned in out of the back straight going really well. You could say, ‘was it stamina? Or was it just the fact it was his first run?’ (that he emptied and was pulled up).

“I wouldn’t be in a rush to go back to three miles. He had a Gold Cup entry, but I think the Ryanair is more realistic really than anything else.

“This was a race made for him. If the Ryanair was on good ground, he will be competitive. Aintree would be next. If there wasn’t anything in between, you’d have him ready for a busy spell. He could do a Cheltenham-Aintree double. He deserves a nice pot like this and he has now got to go and fly in the top flight.

“We think he is top class, always has been. I love him, he is a beautiful horse.”

Bowen said: “He is very simple and he jumped really well. He has travelled really well and loves getting ridden like that by just getting there as late as possible. He pulled himself up in front but he had done enough at that point. He has been a good horse for me.

“I’ve sat on him since that incident on the gallops but you don’t forget him when you sit on him as he always leaves a good impression. He is a stunning horse and he has a fair level of ability.

“I schooled him and then that fall happened. Luckily Sean (Bowen) was able to ride him and he looked after him that day in the King George. That made a hell of a lot of difference today as if he had had a hard race that day he wouldn’t have won, so I’m glad they put Sean on him.”