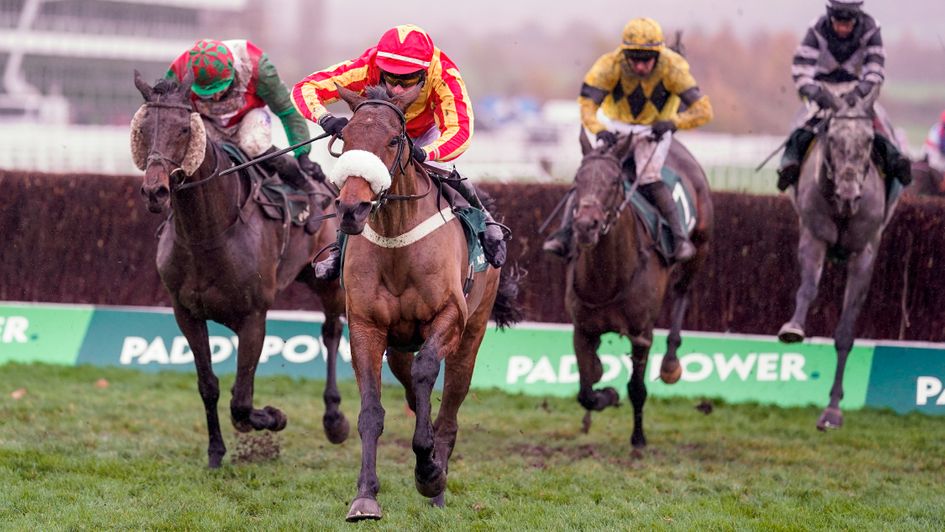 Paddy Power Gold Cup hero Coole Cody could bid to complete a major double at Cheltenham next month after featuring among 37 entries for the Caspian Caviar Gold Cup on December 12.

The nine-year-old made much of the running in the November meeting feature – and may be given the chance to become only the fourth horse to win the two major handicaps in the same season after Pegwell Bay (1988), Senor El Betrutti (1997) and Exotic Dancer (2006).

Trainer Evan Williams said: “Coole Cody has come out of the Paddy Power in great form. We have been really pleased with him and everything seems to be grand.

“The Paddy Power Gold Cup win was just fantastic. It is seldom that plans like that come together and it was just a really special day.

“At the moment, anything is possible with Coole Cody. We have put in an entry for the Caspian Caviar Gold Cup and, while nothing is set in stone, it is great prize money.

“I am not going to commit to the race at the moment, but we have made the entry and we will see how he is in the next couple of weeks.”

Paul Nicholls is the most successful trainer in the history of the Caspian Caviar Gold Cup with five wins, the latest of those successes coming with top-class performer Frodon (2016 and 2018).

Champion trainer Nicky Henderson, who has landed the race on three occasions, has Mister Fisher headlining five entries. Mengli Khan, a recent recruit to Seven Barrows having won at Grade One level in Ireland for Gordon Elliott, is also engaged.

Other hopefuls include the Kim Bailey-trained First Flow and Kerry Lee’s 2019 Paddy Power heroine Happy Diva, while Irish hopes could be carried by by Chatham Street Lad from the yard of Mick Winters.