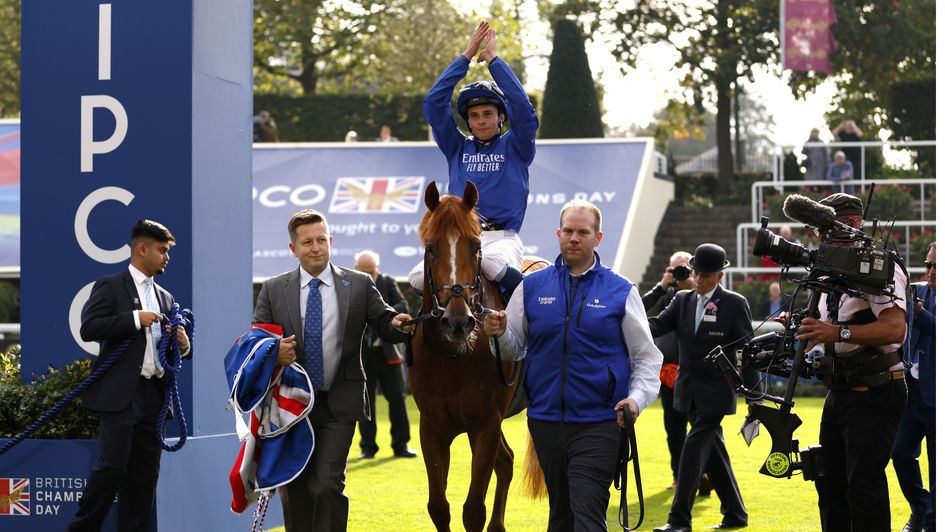 Jockeys' title: William Buick ready to go on his travels

William Buick is ready to go on his travels after pushing Oisin Murphy all the way in the jockeys' title race.

After striking aboard Creave Force at Ascot, the battle was in the balance until the defeat of Adayar in the QIPCO Champion Stakes and now the Godolphin jockey will regroup before getting ready for 2022.

Buick said: “I gave it everything I had, I left nothing on the table and I didn’t quite make it. I had a lot great support all the way through, these last few days the support and well wishes I’ve had has been really overwhelming and I’m really grateful for that.

“My family and friends have been behind me the whole way, it’s a tough thing to do and you’ve got to be disciplined, you’ve got to work really hard. I’ve had some great support from trainers and owners all around and it’s a big ‘thank you’ to them because without the support it’s not possible.

“As hard work as it is, I’ve enjoyed it as well and I feel like it’s brought me on and now there’s still a lot of good races around the world before the end of the season. I’ll get the winter out of the way and re-group again for next year.”

His boss Charlie Appleby said: “He changed agents last year, Tony Hind has been sending him all around the country and I think it’s something William himself will say he’s enjoyed. It’s all very well riding these good horses at the big meetings, but he’s been mucking out at the smaller tracks and success breeds success – you can’t beat having winners.

“William riding more has given him more opportunity to ride more winners and we’ve seen a better rider as a result. He’s always been a rider at the top of his game, but there’s no doubt that now he’s riding so many different horses his style of riding is changing and he’s hungry.

“Win, lose or draw, he’s not going to walk away deflated after what he’s achieved this year. He’s got that character where he’ll go forward again next year and do the same, I’m sure. For me he’s a huge part of the team and the more winners he rides the happier I am!”