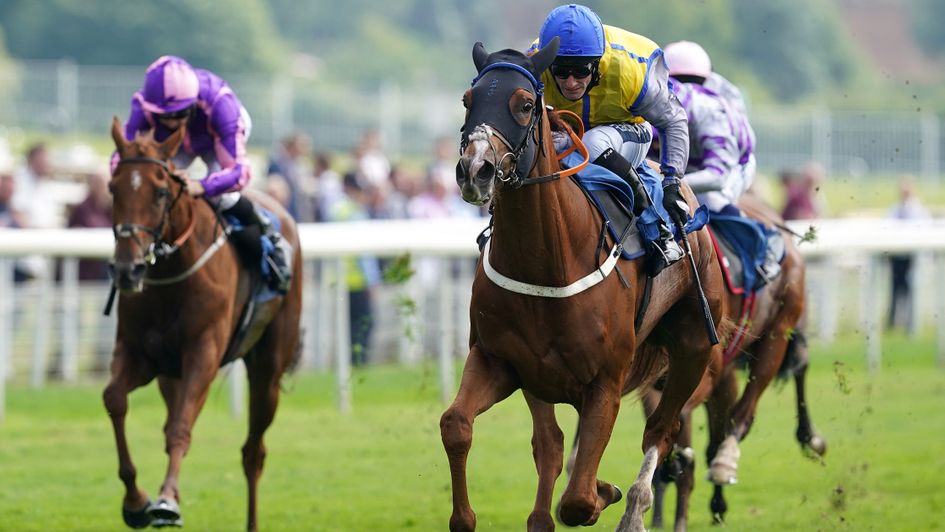 Donald McCain is considering a crack at the Together For Racing International Cesarewitch with his improving stayer Goobinator.

The five-year-old is a three-time winner over hurdles, and will go back jumping in the winter, but he has won his last two on the Flat – suggesting he still has more to offer in that sphere.

He holds an entry in the Cesarewitch Trial this weekend but will not take up the option.

“He won’t run this weekend. We have had a bit of a chat, and he would probably sneak in the Cesarewitch with his 4lb penalty,” said McCain.

“There are plusses and minuses, because Paul (Mulrennan) gets on with him very well but I don’t think he’d have the sort of weight Paul could do – and he wouldn’t be the easiest horse in the world to ride.

“He’s fine after Haydock, so the Cesarewitch is definitely an option, but we need to weigh it up against the winter too.

“He’s won on heavy ground over hurdles but he doesn’t really want it. He doesn’t want it too firm either – I’d pulled him out a couple of times before Haydock, because the ground had gone too quick.”

McCain may be better known for his jumpers but he has enjoyed a good summer with his small string of Flat horses, advertised best by the sprinter Russco – who has won five in a row.

“Obviously we bought him as a bit of a project, and he wasn’t drilled into the ground as a two-year-old because that is not how we do things,” said the Cheshire trainer.

“We’ve worked out his trip now, and he’s just quietly improving all the time, and I’d like to think he still is.

“There’s a race at Haydock he could go for and a valuable one at Ascot he might sneak in. But truthfully – and unfortunately for me – he’s got a date in the sales at Newmarket in the autumn as well, because that is what he was bought for.

“I’m quite enjoying the journey, so we won’t be giving him away because he’s a valuable asset at the moment.”

Another prolific winner for the yard is novice chaser Presentandcounting, who has won five of his last six and risen to a rating of 147 – just 1lb less than Cheltenham Festival runner-up Fiddlerontheroof.

“If we could rubber stamp the form they are all in now for the rest of the winter, I’d sign for that now,” said McCain.

“The positive side of him being rated 147 is that he’s a novice – so his mark should work itself out through the year, because we can run in novice chases, so it’s not the end of the world.

“He wouldn’t be well-in for a race like the Paddy Power so he’ll go for the Listed novice chase at Chepstow in a few weeks.”