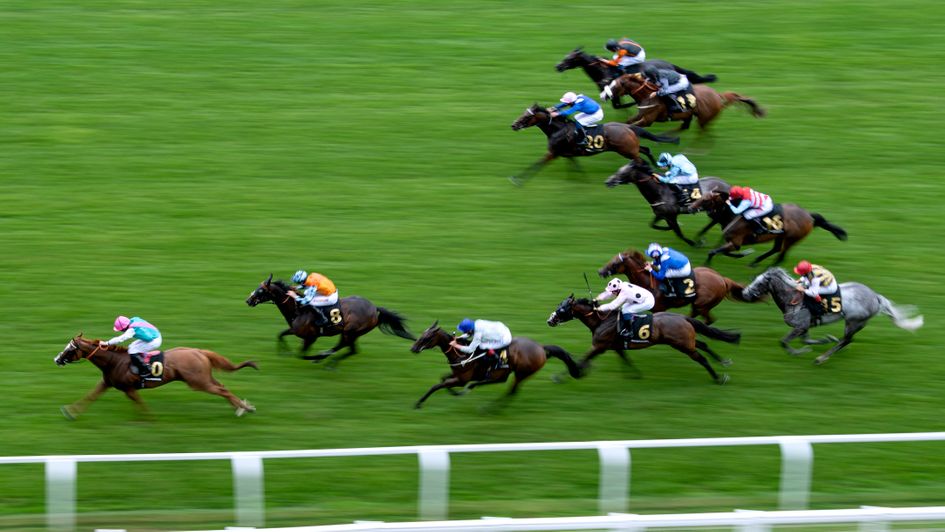 Who gets the vote in the International Stakes?

Our gallops insider is back with the tips from some of the leading training centres, including Raising Sand at Ascot.

Richard Hannon has won a fair number of the top two-year-old races in recent weeks and should strike again with System in the Group 3 Princess Margaret Stakes at Ascot on Saturday. There was a strong whisper for this daughter of Galileo Gold on her debut in a novice at Salisbury last month and, despite being beaten into second, was again fancied for a much tougher assignment in a Listed event at Newmarket 13 days later. She delivered this time, showing real class and determination to overcome problems at the start to beat Desert Dreamer by a neck. The form of that race looks very solid and her subsequent work suggests she is ready for this step up to group company.

Raising Sand is something of a course specialist over this straight seven furlongs and looks worth an each-way interest in his bid to win a second Moet & Chandon International Handicap. It was two years ago that he stayed on late to head Kaeso close home and bag the prize for Jamie Osborne and even though he has not won since, there has been plenty of evidence this season to suggest he retains the required ability to run another huge race. Saffie Osborne takes off a handy 5lbs again here and the prospect of rain showers throughout the day will also aid the cause. Osborne also saddles another specialist in this type of event, Cliffs Of Capri, and he is also not without a chance.

By Starlight can concede weight all round in the Sebastian's ActionTrust Handicap. Henry Candy is never in any rush with his horses and this daughter of Sea The Stars has stepped up significantly on her light campaign last season. A winner at Goodwood early last month, she ran an even better race in defeat when chasing home Sayyida at Newmarket on her latest start. The form of that race looks strong and her subsequent work suggests she has continued to progress.

"She's such a good filly... that form is absolutely bomb-proof": Best bets for Ascot and York

Mohaafeth can continue his rise to the top with victory in the Group 2 Sky Bet York Stakes. Whilst this may not quite match the King George as a battle between the generations, it is a fascinating race in its own right as William Haggas' emerging star takes on four opponents from the older age groups. Although his victory in a Group 3 at Royal Ascot possibly proved that he may not have been ready to challenge for Derby success had he not been denied his chance by his connections' late withdrawal, he showed he is still on an upward curve, and is in good form for this latest challenge. Everyone connected to him hopes however, that the forecast rain stays away.

Candy will be hoping for some rain to ease the ground before Kingston Star takes her chance in the Signs In Motion Limited Handicap at Salisbury, and if the rain does arrive, she has a sound chance to build on her three outings so far. Her last two outings suggest a small race is well within her capabilities, and her opening mark for her first appearance at this level suggests 60 is a workable rating.

Ralph Beckett's Bluebird Day did not appear to quite last out the seventh furlong when second to Pearl Bay here a couple of weeks ago, and she may surprise the likely favourite Nine Tails in the Tracy Gosden Birthday Celebration Novice Stakes. She gets a handy 12lbs from Roger Varian's charge, who did not totally convince when landing a weak-ish race at Haydock on his latest start.

Imperial Yellow, a stablemate of Nine Tails, can make a winning return to six furlongs in the MansionbetBet Odds Handicap at Newmarket. The son of New Bay showed plenty of promise last season, and made a great start to his second campaign when seeing off the highly rated and subsequent winner Twilight Calls over this trip at the end of May. He was readily seen off by Inveigle on his only subsequent start at Yarmouth, but he did not seem to see out the seventh furlong, and this step back in trip comes as no surprise.

Marcus Tregoning has long held the notion that Goodwood is a go-to course for a good horse, and it is interesting that his youngster Olivetti attempts to go one better than his smart half brother Perotto did 12 months ago when the five day July Festival gets under way on Tuesday. Whereas his sibling just missed out on a Nursery prize, Olivetti attempts to land the six furlong juvenile maiden, and looks more than capable of playing a hand in the finish after an eye-catching debut at Newbury last weekend. Although he could never get into the race after losing ground at the start, he did stick on nicely in the closing stages. He will have learnt plenty and has pleased connections since.

It is great to see the historic title 'The Chesterfield Cup' made use of again for the all-aged Unibet-sponsored mile and a quarter handicap at the Sussex course. A race originally named after a very sporting Earl from the 1830s, it was once a very prestigious prize, attracting some of the very best horses in the country. At the five-day stage for its latest renewal, it may not look absolute top quality, but is a fascinating race. One of the most interesting entries is David Menuisier's Migration, who was very unlucky not to prevail on his return from a very long lay-off at Salisbury last month, and should appreciate the return to an extra quarter mile. Any easing of the ground would also be welcomed.