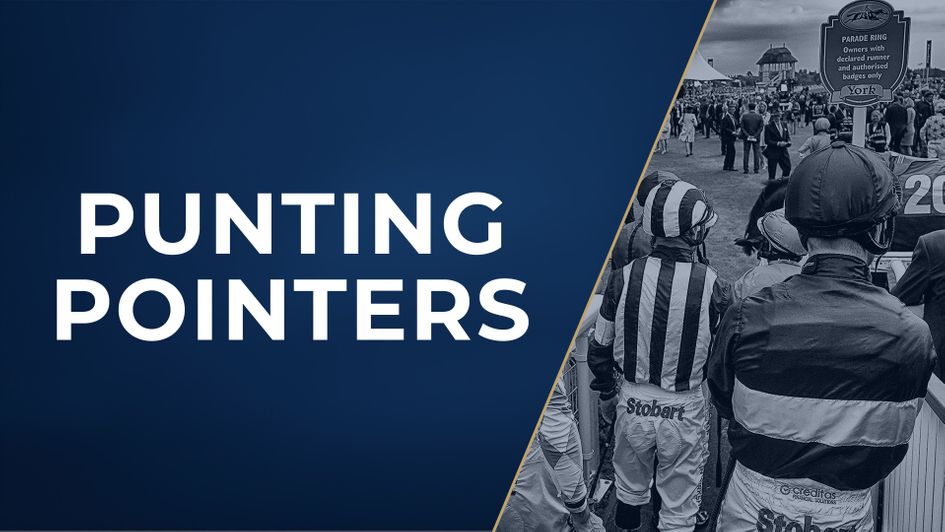 Our star daily tipping duo of David Massey and Rory Delargy started the week with a 6/1 winner on Monday - don't miss their three selections for Tuesday here.

Horses having their first run in handicaps has always been a focus for punters, with the obvious logic being that shrewd trainers are able to disguise the ability of their runners in qualifying races before having the money down when the handicapper has allotted a lenient mark. That may have been true in the old days when it was easy to “bury one” in a big-field maiden with no patrol camera to capture any skulduggery. These days, the assessors can be as cute as the conditioners, and the fact is that blindly following handicap debutants is a quick route to the poorhouse.

There are exceptions to every rule, however, with the obvious one being Sir Mark Prescott, but even the wily Baronet shows a profit only with those racing on the all-weather, and despite a high strike-rate with such runners on turf, the market is fully adjusted for that expected improvement. Few would put Charlie & Mark Johnston in the same category – what with their horses always trying and everything – but the Middleham yard has a solid record with such runners, particularly at this time of year, and 23 such runners since the start of August have produced six individual winners, the last trio of which have come in at SPs of 10/1 (twice) and 11/1. Two of those winners were making belated seasonal debuts, which is also noteworthy.

The Johnstons send the Jim Walker-owned CAPITAL THEORY to contest the Virgin Bet Free Bets For Winners Handicap on his first start of the year, his first in handicaps and his first since being gelded, and he gets the nap vote with a number of positives to consider. The son of Muhaarar showed loads of ability despite starting slowly on his first two starts in hot maidens at Goodwood and York (Convivial) and is well treated based on the collateral form of those runs. He ended his juvenile campaign with a poor effort here but is the type to have benefited markedly for another summer on his back, and he could make his opening mark of 79 look lenient if all is well.

On debut, Capital Theory was third to Imperial Fighter, who was placed in the Irish 2000 Guineas, and behind him there was Khanjar, who was made favourite to win the Ayr Gold Cup off a mark of 100 last week. In the Convivial (the richest maiden for juveniles all season) at York he was fourth to Derby runner-up Hoo Ya Mal, and just half a length behind Vintage Choice, who only narrowly failed to defy a mark of 87 at Haydock on Friday.

Normally a long absence would be a concern, but recent handicap debut wins for Wadacre Grace and Pillar of Hope give encouragement on that front. Both were returning from a long absence to score on handicap bow, and the latter had also been gelded. Of 31 runners turning out for the first time since being gelded for the stable this season, nine have won, and a tenner on each would have returned a profit of €182.90 at SP. Given the promise Capital Theory showed on his first two starts, I’m happy to trust the stats and row in with him in this Class 4 event.

It’s UNCLE O or nothing here.

Ideally I’d have liked Uncle O to have had even longer away from the track than the 45 days he has been, as three of his best efforts of recent times, as they are, have come off absences of 66, 83 and 223 days but we are where we are and I can’t let that alone put me off.

The run that came after 223 days was over this C&D back in June and make no mistake, if he can repeat that particular bit of form, he should be winning this. He finished third to Serjeant Painter and Getaman that day, beaten just over a length after looking the winner between three out and two out, and that form couldn’t have worked out much better, with the winner going in again next time (and has run well twice more since that) and second Getaman also going in on his next start, and he too has won again at Kelso last time out. At this low level, it’s a strong bit of form.

The negatives are there to see - after that effort Uncle O has run poorly twice, only highlighting his inconsistency, but as stated, catching him off a little break might be the key, and if he can put a clear round of jumping in, he really ought to go close.

Those of you that are so inclined might want to put an in-running lay in if you’ve backed him, as he did trade a fraction of his Betfair SP when he ran well here, but for the purposes of the bet today he’ll be win only.

Seaborough got a favourable mention from us last time (although we didn’t make him a bet, meh) at Uttoxeter as there was a bit more in his favour than first appeared, and he duly went a landed a touch for connections, backed in from double-figure odds to 5/1 at the off.

As he was out of the handicap there, he’s essentially only 3lb higher here but before we go tipping the piggy banks out, I think there are some warning signs today.

Not least the fact this isn’t Uttoxeter. He reserves all his best efforts for the Staffordshire venue these days, and away from there, his form isn’t anywhere near as good. Indeed, given the location of the trainer, you might have expected him to have had a few more runs here at Southwell over the sticks, but we’ve only seen him once in his career here and he was well beaten on that occasion.

Secondly, that was only his third win in 63 starts. It’s fine throwing a few quid at him when he’s a big price at Uttoxeter, but do you really want to take 4/1 about him today? Look, if they’ve suddenly found the key to him and he runs up a sequence now fair enough, but I want to take him on here.

There’s two of interest. SUPREME YEATS went into handicaps after just the two runs for Laura Morgan last year, which suggests she thought he was well handicapped, but despite going off favourite twice, couldn’t deliver the goods and was very disappointing on his final start at Sedgefield. Back after an absence of over a year, I’ll be amazed if that’s as good as he is, and he remains with potential.

City Derby kicked off last year with a fourth in a very competitive handicap at Cheltenham, and off the back of that, you might have expected a good season. He never really got it started until equipped with cheekpieces in the spring, when a close third at Musselburgh and then a winner over this C&D on his final start in April, where he’d probably have won anyway despite the fall of High Tech at the last.

The 4lb rise for that win takes him to a mark of 111, which is exactly where he started last season off from, and I suspect he might turn out to be a bit better than this grade this year.

Head-spinning stuff for the last, with plenty that can be given a chance.

My first port of call was Robeam, who has done the column a couple of good turns and he will appreciate the return to portable hurdles, which he seems to get on well with (form this year 1232, as opposed to 0004300 elsewhere) but a change of pilot is a concern, as Lewis Stones does seem to get on well with him. If he’s a silly price, I could be tempted to have a small saver, but I think there’s a stronger candidate in The Questioner here.

He was a winner over C&D in March on his handicap debut (lost it in the stewards - got it back on appeal) beating Hillview, the pair well clear, and given Hillview has since gone on to win three times and is now on a mark of 127, it isn’t hard to see The Questioner, who followed up at Wetherby the following week, still looks remarkably well handicapped off just 87 today. A run at Uttoxeter a fortnight ago, where he was held up out back on a course that usually suits front runners (ran on late to finish fifth), will have put him straighter for this, and he can pick up the winning thread again.

Sadly the price has long gone, and at current odds he can win without my money on.