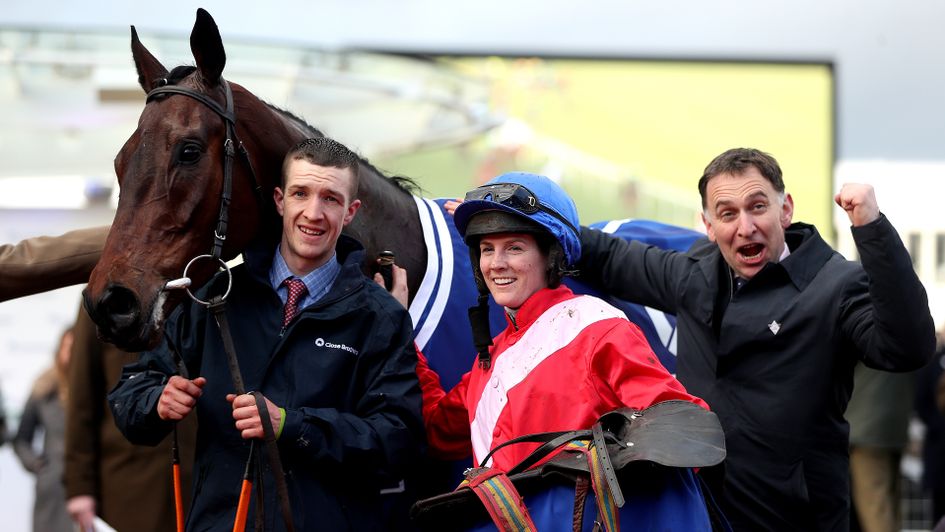 Connections of A Plus Tard

Bristol De Mai will have to see off Cheltenham Gold Cup runner-up A Plus Tard if he is to equal Kauto Star's record of Betfair Chase wins this weekend.

Paul Nicholls' chasing great won the Haydock Grade One on four separate occasions (2006, 2007, 2009 and 2011) during his pomp and the Nigel Twiston-Davies-trained grey Bristol De Mai is on course to match that tally having taken top spot under Daryl Jacob in 2017, 2018 and last season.

He's only faced one Irish-trained horse in previous editions - Outlander who was a distant third as he struck gold for the first time four years ago - but this weekend locks horns with the seven-year-old A Plus Tard, one of the most progressive stayers of last season.

Henry De Bromhead's A Plus Tard won the Grade One Savills Chase at Leopardstown last Christmas before finding only stable companion Minella Indo too strong when runner-up in the big one at the Cheltenham Festival in March.

He's set for his seasonal return at Haydock, along with the Venetia Williams-trained Royale Pagaille, who was sixth in the Gold Cup when last seen, and Colin Tizzard's 11-year-old Native River, who finished fourth at Cheltenham before a lesser effort when third behind Clan Des Obeaux in the Betway Bowl at Aintree.

Kim Bailey's Imperial Aura bids for a first Grade One win, while A Plus Tard isn't the only potential Irish runner, Michael Winters having left in Chatham Street Lad.

Charlie Hall Chase third Clondaw Castle could represent Tom George, Paul Nicholls is seemingly standing by the decision to come here over the Ladbrokes Trophy with Next Destination, while Waiting Patiently is in line for his first public outing for the Christian Williams yard having been switched from Ruth Jefferson.

Among those removed from the field at the five-day stage were Nicky Henderson-trained duo Chantry House and Champ.

Betfair spokesperson, Barry Orr, said "It’s shaping up to be a real cracker and punters are backing A Plus Tard to give Ireland a first victory in the race and thereby deny Bristol de Mai a record equalling fourth win in the race.

"The Henry de Bromhead runner was 5/2 when we first offered the race but is a hard 13/8 chance now following sustained support.

"It looks like being unseasonably good ground but that shouldn’t inconvenience most of the field and don’t forget that Bristol de Mai won his second Betfair Chase on ‘Good’ ground in 2018.

"Of the remainder Waiting Patiently is popular and trading at 8/1 having been 16/1, and Next Destination is steady at 5/1 in a vintage renewal."