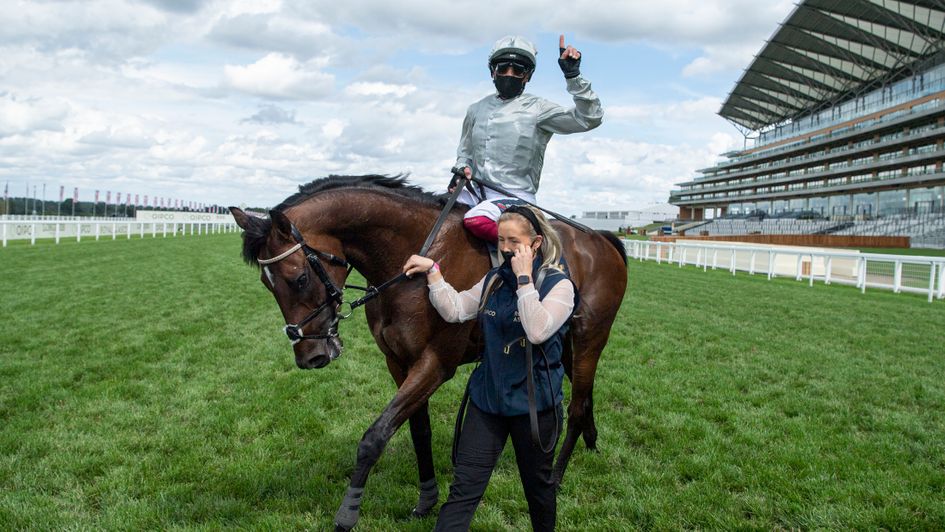 Palace Pier is among the favourites for the QEII

The QIPCO Champion Stakes and Queen Elizabeth II Stakes on QIPCO British Champions Day this Saturday have both been given 'Win and You’re In' status for next month’s Breeders' Cup.

Winners of the Ascot Group One races - live on Sky Sports Racing - will be granted entry to the Longines Breeders' Cup Turf and the FanDuel Breeders' Cup Mile respectively at Del Mar as part of the Breeders' Cup Challenge Series.

Qatar Racing Chairman Sheikh Fahad bin Abdullah Al Thani said: "The Breeders' Cup is one of the most famous race meetings in the world, and to have the QIPCO Champion Stakes and Queen Elizabeth II Stakes as 'Win and You're In' races on QIPCO British Champions Day will only help to evolve the prestige of the day.

"Qatar Racing is also delighted to be sponsoring the Breeders' Cup Sprint as we continue to raise the profile of Qatar Racing as an international brand and off the back of our growing success in America with the likes of Shedaresthedevil winning the Oaks last year."

Drew Fleming, Breeders' Cup President and CEO, added: "This exciting partnership reinforces our shared commitment with Qatar Racing to promote the best Thoroughbred racing in the world to new and growing audiences.

"Qatar Racing is guided by a deep passion for Thoroughbred racing, making them an excellent partner in our efforts to continuously elevate the prestigious status of the World Championships to audiences across the globe."