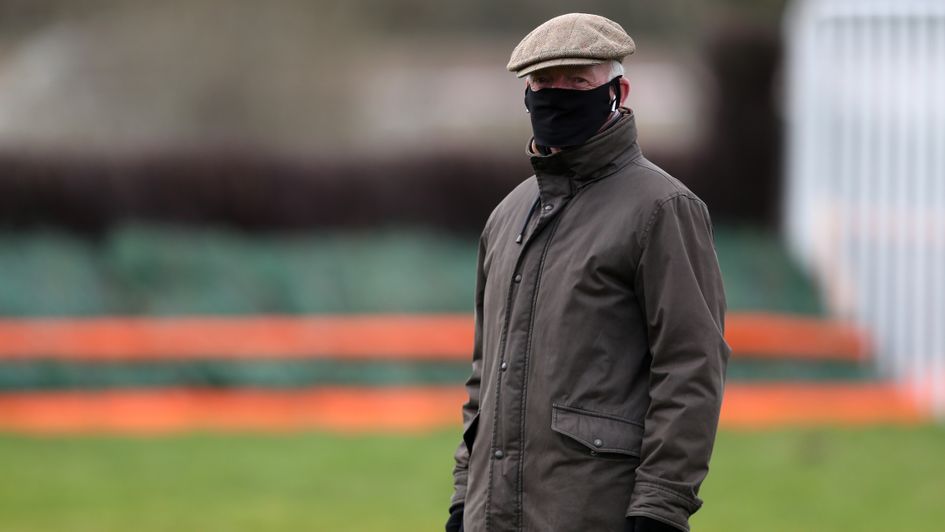 Mullins had a Thurles treble

While Willie Mullins saddling a treble at Thurles is not unusual, the victory of Braganza following a mammoth four-year absence is certainly out of the ordinary.

The six-year-old mare had not been seen since finishing last of five for Ed Dunlop in a Chelmsford maiden in December 2017.

Owner Sharon Noonan paid €6,000 for her whilst she was in foal in November 2018 and following a 1,439-day absence, she was finally ready to make her debut in the BetVictor Irish EBF Mares Maiden Hurdle.

Weak in the betting, she was sent off a 10/1 chance but came home strongly under Sean O’Keeffe to win by six lengths and earn a 20/1 quote from Betfair for the Mares’ Novices’ Hurdle at Cheltenham.

“She has been off for a while but her work at home had been nice. I thought it was a nice performance and she’ll learn plenty from it jumping-wise,” said O’Keeffe.

“She was bred for the Flat and showed a bit of that Flat speed down to the last and quickened up well. The ground suited her lovely, it is on the slow side of good and is lovely for her.”

Cilaos Emery (30/100 favourite) had no trouble in landing short odds in the feature BetVictor Chase, which had been mentioned earlier in the week as a possible starting point for dual Gold Cup winner Al Boum Photo but with the ground riding quicker than usual at this time of year, Mullins relied on his stablemate instead.

Winner of eight of his 18 races and fourth in the 2020 Champion Hurdle, Cilaos Emery never looked like being beaten despite Gavin Cromwell’s Darver Star being among the opposition, with that rival having finished one place in front of Cilaos Emery in the Festival event last year.

Cilaos Emery only had to be shaken up after the last to win by three lengths.

“That was nice, he jumped well on the whole and made one little mistake up the back,” said jockey Brian Hayes.

“As he is getting older, he is enjoying going out in trip so he may be staying at those trips for the season.

“He always showed lots of pace and has plenty of boot but maybe now as he is getting older, he is not getting any quicker. He was more comfortable early on going this longer trip.”

It was far from a penalty kick with Jessica Harrington’s Crosshill and Peter Fahey’s Soviet Pimpernel amongst his rivals, but Mark Walsh got some great leaps out of the four-and-a-half-length winner.

Frank Berry, owner JP McManus’ racing manager said: “He jumped away well, likes the ground and Mark was happy with him. He’ll learn a little bit from it and will tip away for the winter.

“You’d have thought there was a big pot in him somewhere along the way over hurdles, but it never materialised and you’d have to say he was disappointing on occasions.

“He was good over these and I’d say he is more a handicapper than for graded races. It was nice to get it out of the way.”

Gordon Elliott’s Vina Ardanza maintained his unbeaten record in the Thurles Maiden Hurdle but it was hard work seeing off Walnut Beach.

Davy Russell cruised up alongside on the run to the last, but he only prevailed by a short head. He had previously won an Ayr bumper for Stuart Crawford.

“He was grand but was a bit novicey and landed over the last three big enough. He is probably better than the short-head he won and he is probably a horse more for the spring and summer than winter heavy,” said Elliott.

“He was green but he is a baby and we might give him a break now for a few months.

“He is a little revved up at home but when he gets going is fine. It was a nice performance and he couldn’t do any more than win and I think he will improve plenty from it.”