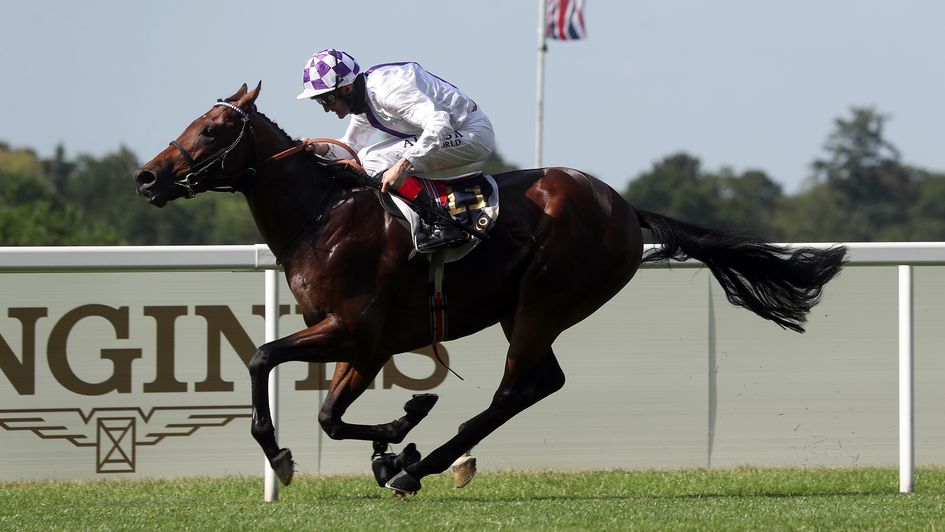 Jim Bolger has warned connections of Poetic Flare's rivals that his brilliant colt is still improving ahead of next week's Qatar Sussex Stakes.

The trainer has been involved in some iconic Goodwood finishes over the years including Alexander Goldrun’s battle with Ouija Board in ​the 2006 Nassau Stakes and Dawn Approach’s duel with Toronado in the 2013 Sussex Stakes.

Poetic Flare is a son of the latter and will arrive at Goodwood next week hoping to go one better than his sire and provide the indomitable Bolger with a first success in the £1 million feature.

He onfirmed himself as the leading three-year-old miler in Europe when demolishing a high-quality field in the St James’s Palace Stakes at Royal Ascot and the trainer said: "Poetic Flare has been very well since then. We’re very happy with his work and he seems to be improving further. I was expecting and hoping for him to win at Ascot but possibly not as spectacularly as he did.”

Bolger has always held the colt in the highest regard and is thrilled that he has showed his quality this season.

“I felt from the Spring of 2020 that he would be our best two-year-old and as things transpired, he could only partially prove that. I did view him all along as my Guineas horse so it was very pleasing that he could prove that this year.”

Kevin Manning has partnered Poetic Flare in all his starts to date and will once again be riding the horse who Bolger describes as the apple of Manning’s eye.

“Kevin Manning loves him! For him, Poetic Flare can do no wrong. He’s a very straightforward horse to ride as you can put him anywhere in the race and he always delivers.”

Poetic Flare’s two Group One victories have come on good-to-firm ground and Bolger believes he is an even better horse on a sound surface.

“He handles soft ground but he’s better on good ground. He is very well balanced, so I don’t think Goodwood holds any problems for him.”

Poetic Flare has inherited many of Dawn Approach’s attributes, but Bolger is hopeful that he can differ from him by going one better in next Wednesday’s £1 million Qatar-sponsored contest, which is part of the QIPCO British Champions Series.

“He’s a heavyweight in every regard and is over 500kg. He’s a very easy horse to manage as he knows his job and he thrives on racing. He has a great appetite for eating and for working, he’s just like his sire Dawn Approach in every way," Bolger observed.

“He has one more bit of work to get through and will then arrive at Goodwood on Monday. It’s a very special race and a race I’ve not won before.”