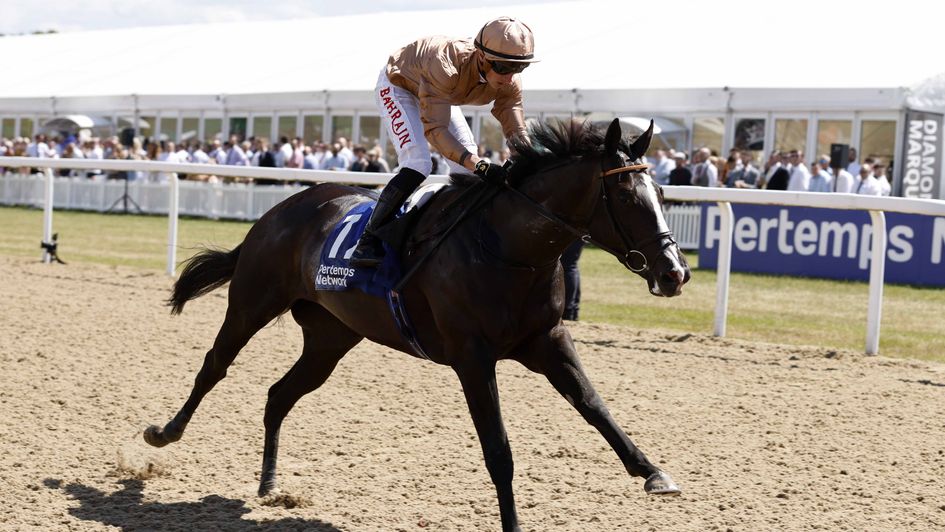 Sense Of Duty winning the Chipchase

William Haggas is praying for rain which will allow him to return some of his stable stars to the racecourse.

One Somerville Lodge inmate who has been held in her stable of late is Sense Of Duty, who took her career record to four wins from five when landing the Group Three Chipchase Stakes by an impressive four and a half lengths in June.

Fast ground meant she missed an intended run in the Hackwood Stakes at Newbury last month, while conditions at Deauville have also seen her taken out of Sunday’s Prix Maurice de Gheest.

With the dry weather refusing to relent, Haggas has been forced once again to delve into the programme book and has now nominated the Betfair Sprint Cup at Haydock on September 3, if rain arrives to provide a little cut in the ground.

Haggas said: “It’s too fast for her, she wants cut in the ground. Her next go will be at Haydock.”

It is a similar story for his Champions Stakes runner-up Dubai Honour, who was a beaten favourite when making his belated seasonal bow in the Sky Bet York Stakes, missing out by a nose to Sir Busker.

Some of the two-time Group Two winner’s best efforts have come when soft appears in the going description and the four-year-old could be in line for a return to the Knavesmire later this month if conditions are suitable.

“He’s fine, but he needs rain and if it’s soft or heavy he will go for the Juddmonte,” added Haggas.

“It’s going to rain at some stage – it’s hard to believe, but it will happen.”