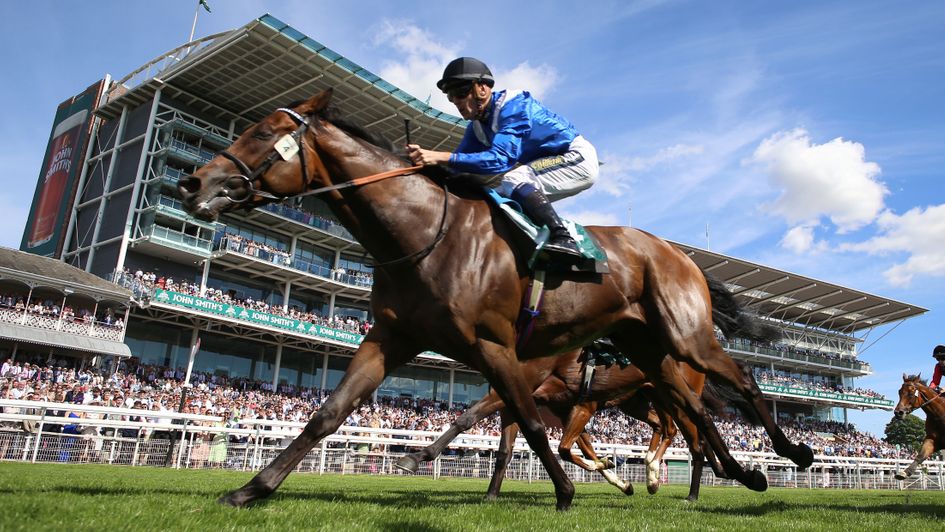 Fresh from his success in the John Smith's Cup at York, Owen Burrows' charge took the step up to pattern company in his stride, sauntering to the front two furlongs out.

At that stage 15/8 favourite Grocer Hack was still in the firing line but he was swept aside by the winner and had to settle for second, three lengths adrift.

Burrows said: “It was a big performance to win at York first time out and he’s pleased me since, so obviously this was a natural progression for him. He was rated 109 there and I think he’ll go up a bit for that! That’s what surprised me - just how far he travelled on the bridle for. He’s obviously really improving and he’s caught me by surprise just how quickly he is improving.

“Honestly I don’t have anything in mind for him yet, we thought we’d get today out of the way as he was stepping out of handicap company. Interestingly Jim thought he relished a little bit of juice in the ground, so we’ll have a look. Things like the Irish Champion Stakes are great discussions to have, so we’ll see how he comes out of it and make a plan. There’s a few discussions to have now.”

Crowley added: “He gave me a great feel. The performance worked out well from York and I think he loved the slower conditions today. He really enjoyed getting his toe in a little bit more and he’s clearly improved again from York, so he’s exciting. It was a good race with plenty of strength and depth in it and he’s done it well. I was amazed how well he travelled into the race, he’s very nice.”

The son of Kodiac was touted as a potential Cazoo Derby contender earlier in the campaign and held some lofty engagements in the spring, before ultimately disappointing on his most recent start at Royal Ascot in June. However he was right back on song here, responding well to jockey Tom Marquand’s urgings to hold on for a half-length success – much to the delight of his jockey.

Marquand commented: “Obviously he’s won here before and as ever with Haydock, when you go forward you can just get that bit of a fill up and he was tough as he got headed at one point and had to really fight back. He’s a nice horse and it was a really game performance, it’s Hugo’s local track now so any winner here is more than welcome!

“He had a couple of tough tasks and they were justified off what he’d done, but he can come down into this kind of level and really knock around competitively. He’s going to be a fun horse but it’s tough bridging that gap to the next level. Who knows he might get back there but this is him for now.

“I’m not a big football fan but apparently Liverpool haven’t had too great a result today, I’ve been keeping an eye on it in the weighing room and at least they’ve had a winner now!”