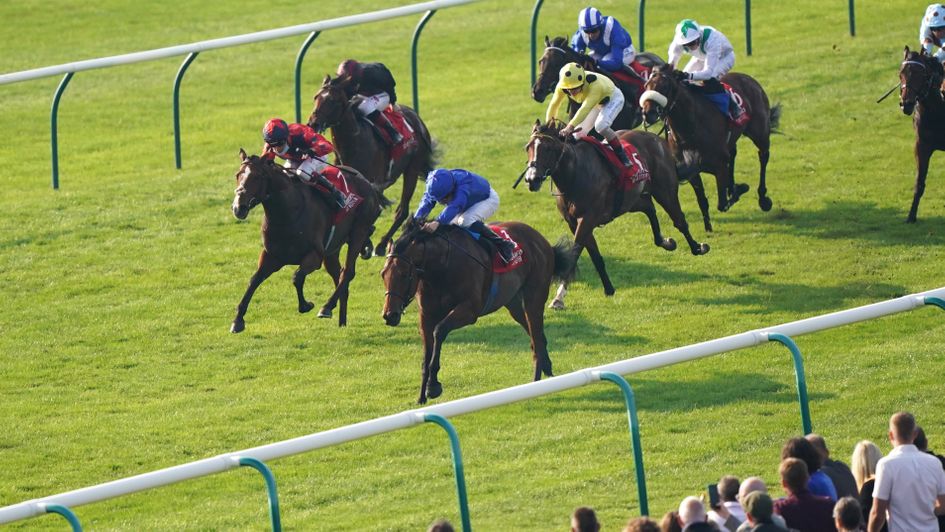 Are you with Native Trail or Coroebus for the Guineas? Our man Ben Linfoot was more taken by the latter as he digests Saturday's Newmarket action.

A golden 2021 for Charlie Appleby and Godolphin continued at Newmarket on Saturday. Wins for Goldspur, COROEBUS and NATIVE TRAIL took the trainer’s UK and Ireland group-race tally to 21/63 at 33.33% for the year. Six of those wins have been at the top level.

That’s the best annual Group One haul of Appleby’s nine-year career. Riding on the crest of a wave, things are looking very rosy with 2022 in mind, as well. He had horses cut in the betting for all three colts’ Classics next year following Saturday’s action and his grip on the 2000 Guineas ante-post market is vice-like.

So are you Native Trail or Coroebus for the Guineas? The market prefers Native Trail at 3/1, with Coroebus as big as 6/1 but generally 5s. Both look high-class and both would be unbeaten but for Coroebus’ Royal Lodge wobble, but it’s that son of Dubawi that looks a more obvious Guineas contender.

Both horse and jockey looked to have learnt plenty from the Royal Lodge and with William Buick knowing what he had under him in the Autumn Stakes he was ridden accordingly. Held up, Coroebus travelled with zest and did everything smoothly, with Buick waiting before he pushed the button and the response was electric.

Coroebus peeled away from the pack towards the stands’ side three furlongs from home and went from last to first in just over 200 yards. Buick merely showed him the whip just the once and that was all that was required as he coasted home a couple of lengths clear.

There’s little doubt he has the natural pace for a mile and while Native Trail was running over a shorter distance in a better race in the Dewhurst, I’m not sure you can say the same about him. He was ultimately impressive, but he was under the pump two from home and doesn’t look to have the same fire as Coroebus.

Indeed, I wasn’t too surprised to see Native Trail cut to as short as 7/1 (and 8s generally) for the Derby. Yes, he’s by Oasis Dream, but so was Oaks runner-up Midday and the way he switches off and races suggests that he’ll get plenty further next year.

Both look very talented colts and both have Classic aspirations next year. But I prefer Coroebus for the Guineas and see him as the best long-term prospect out of the pair.

A golden 2021 for Appleby. Next year promises to be just as fruitful. And Coroebus and Native Trail weren’t the only colts from Moulton Paddocks that were laying down early Classic claims on the Future Champions card…

…And that’s because Appleby’s GOLDSPUR is now two from two for his career following victory in the Group 3 Godolphin Flying Start Zetland Stakes – a race that has become a solid Classic pointer in recent years.

Wings Of Eagles graduated from the Zetland before winning the following year’s Derby, while Kew Gardens won it before landing the St Leger, too. Leger runner-up Berkshire Rocco and Irish Derby second Lone Eagle were Zetland alumni, as well, so this is a race with a burgeoning reputation and this year’s front two look horses to be interested in next year.

Goldspur’s win was particularly taking considering this was just his second start. He cut out the running down the centre of the track and, while he was headed by stablemate Hatif and Unconquerable on the far side, he knuckled down well to get the best of a three-way tussle. 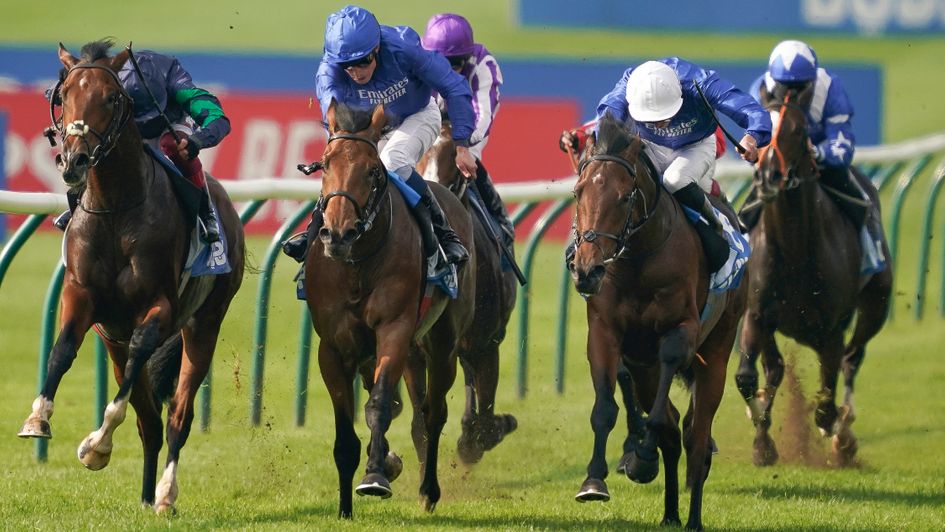 His dam was a sister to 2m winner Dubai Phantom and he looks a stayer in the making, so the 25/1 quotes (Unibet) about him for the 2022 St Leger make more appeal than shorter odds about him for the Cazoo Derby (16s with Paddy Power and Betfair).

The second home Unconquerable shaped very much like a stayer, too, galloping all the way to the line and going down fighting. He’s related to Derby winner North Light and Prix du Cadran winner Sought Out and he should make a 1m6f to two-mile horse next season.

Of those in behind Berkshire Rebel could improve for another winter under his belt. Like stablemate Berkshire Rocco, who raced in the same colours, he’s by Sir Percy and should make a three-year-old. He picked up a few places late on and might’ve been fourth with more vigorous riding.