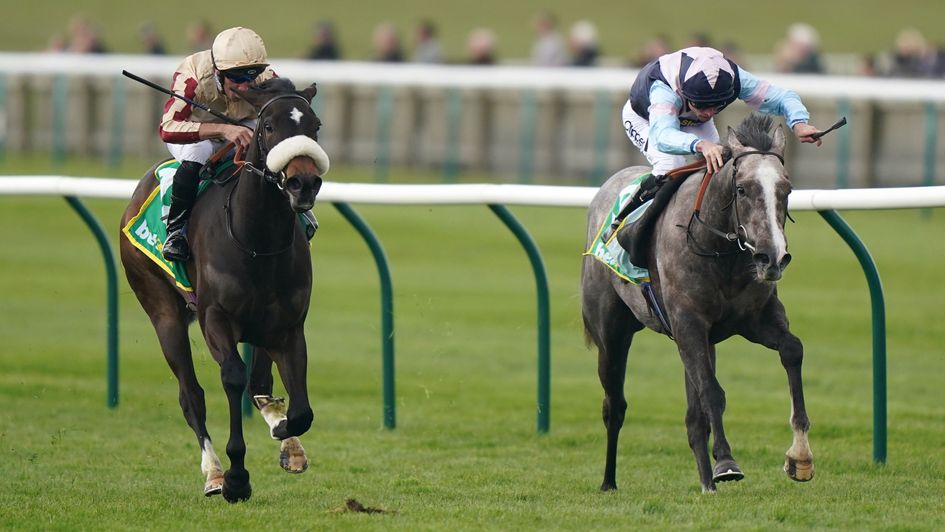 Ben Linfoot marks your card with a verdict for every race live on ITV on Thursday as the July Festival begins at Newmarket.

The Moet & Chandon July Festival coverage on ITV kicks off at Newmarket on Thursday with the Group 3 Bahrain Trophy and plenty of attention will be focused on Derby fourth Masekela.

He ran on at a big price that day and shaped as though this trip would be in range, but he takes on an improving sort in DEAUVILLE LEGEND who looks overpriced against him.

James Ferguson’s son of Sea The Stars is improving significantly with every run and similar progression again will see him go close.

Really unlucky when beaten a head at Royal Ascot in the King George V handicap over 1m4f despite finding trouble in-running, he is bread to thrive at this trip and he’s worth a bet at 9/1.

PERSIAN FORCE ran a cracker in the Coventry Stakes at Royal Ascot when second to the smart Bradsell and he can do his bit for the form in the Group 2 Close Brothers July Stakes.

Richard Hannon’s son of Mehmas burst onto the scene when winning the Brocklesby in fine style at the end of March and he’s got better with each run since then.

A victory at Newbury set him up for Ascot where he followed in the footsteps of his sire who was also second in that race in 2016.

Mehmas came out of Ascot and won this race on his next start for Hannon and lightning can strike twice as he looks the clear form pick at the distance here. 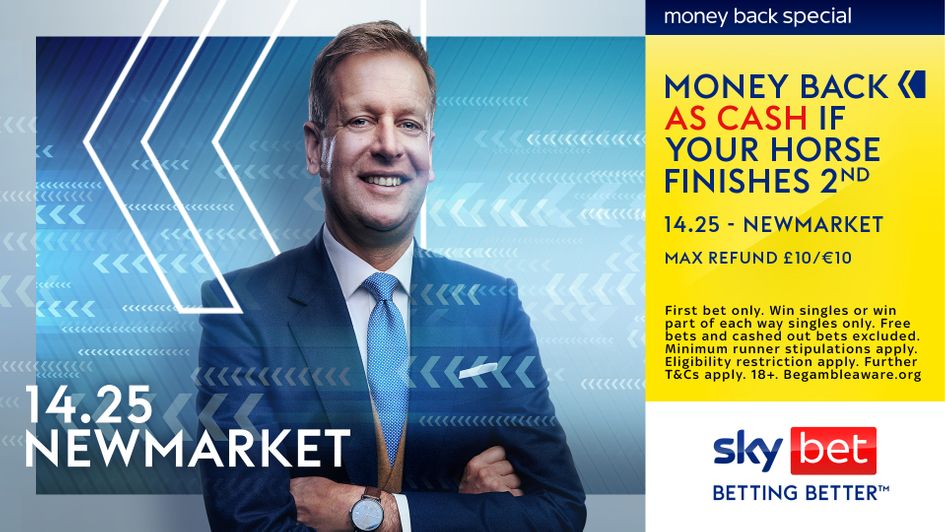 A nice little diversion up to the calmer waters of Carlisle where the British EBF Fillies’ Handicap gets an ITV airing with 13 fillies set to go to post for the six-furlong dash.

Top weight EY UP IT’S MAGGIE appeals most as she’s been in fine form in better company this season, running a couple of good races at York before trying Listed company last time out.

She wasn’t beaten far at Ayr and a return to handicap company at Carlisle looks a good move.

A winner at this track by over three lengths off a mark of 76 last year, she might be 9lb higher in the weights now but she deserves to be and she gets the vote in a tight little contest.

Watching that Ayr Listed contest back you’ll see it’s worth putting a line through the run of ANADORA who was unbalanced a furlong out under Kevin Stott in Scotland.

She was previously progressive on the Rowley Mile course and a return to Newmarket for a crack at the July venue can see her resume her upward curve in the Bet Boost At bet365 Handicap over six furlongs.

This is competitive stuff but Kevin Ryan’s filly looked tough when she won first time out at Newmarket in April, form that has been boosted significantly subsequently by the third home Harry Three.

She’s only 3lb higher now and there’s not an awful lot of pace pressure around her, so she could get into a comfortable rhythm under Shane Gray and she’s a danger to all in that scenario.

Tactics make the Group 2 Princess Of Wales’s Stakes potentially trappy but if we concentrate on the best horse then Charlie Appleby’s YIBIR should be winning this.

The son of Dubawi is a Group One horse on his day and he gets in here with no penalty to carry, while he hosed up at this meeting last year in a small-field Bahrain Trophy.

He can be keen, he can miss the break, and he’s vulnerable if something gets loose on the front end, but if things go smoothly he could easily win this in a canter.

One of the horses from Team Johnston could make the running and skip away, but a more likely scenario is Yibir cruising along and winning without fuss under William Buick.