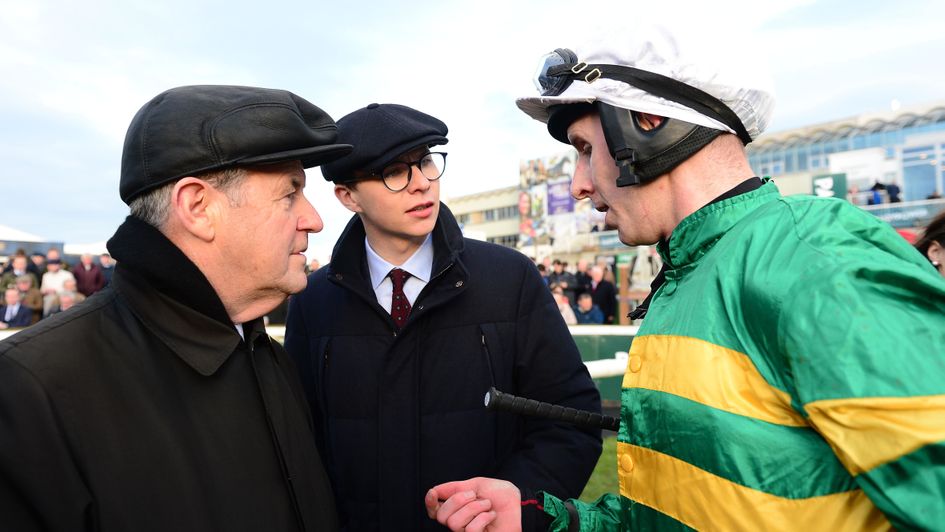 Andy Dufresne got back to winning ways in the Sky Bet Moscow Flyer Novices Hurdle, getting the better of Captain Guinness after a sustained duel at Punchestown.

Gordon Elliott's charge was dropping back to two miles in the Grade Two feature having been beaten at 1/3 at Navan last time and tracked his freewheeling rival for much of the contest.

It was clear turning in it was going to be hard work but the winner, sent off at 8/15, was more fluent over the last. That proved to be the difference as Mark Walsh drove his partner out to a three-quarter lengths success, with the principals 15 lengths clear of Anything Will Do in third.

The sponsors left Andy Dufresne unchanged at 12/1 (non-runner/no bet) for the Sky Bet Supreme at Cheltenham.

Head of Sports PR Michael Shinners said: "It was a thrilling renewal of the Moscow Flyer and both the front two look smart prospects moving forward."

🏇Andy Dufresne back to winning ways after getting the better of Captain Guinness in sustained duel for Sky Bet Moscow Flyer @punchestownrace pic.twitter.com/uBeu2fqfRn

Elliott said: "He got beat by a good horse of Paul Nolan's the last day in Navan, where he probably outstayed us, but that was more like it today.

"Mark said the inside track was tight enough for him here over two miles. He took a bit of organising around the last bend, but when he straightened up he jumped the last well."

"He galloped to the line and has won over two and a half. I'm not sure what the plans are, and I'll have to talk to the lads," the Cullentra handler added.

"I still don't think two and half is a problem to him - he stays well. The way he moves he'll probably be better on better ground."

Henry De Bromhead was delighted with the performance of the runner-up, who was making just his second career start after making an impressive debut at Navan four weeks ago.

De Bromhead said: "He got a bit strong (keen), but galloped away and jumped well. I'm delighted for a horse only having his second run.

"He was quite free and was entitled to get found out a little bit - and it didn't help that he got in a bit close to the last. Obviously Andy Dufresne is a very good horse, so we're delighted with the run.

"He's in the Grade One at the Dublin Racing Festival. It may be a bit close, but we'll see how he is."