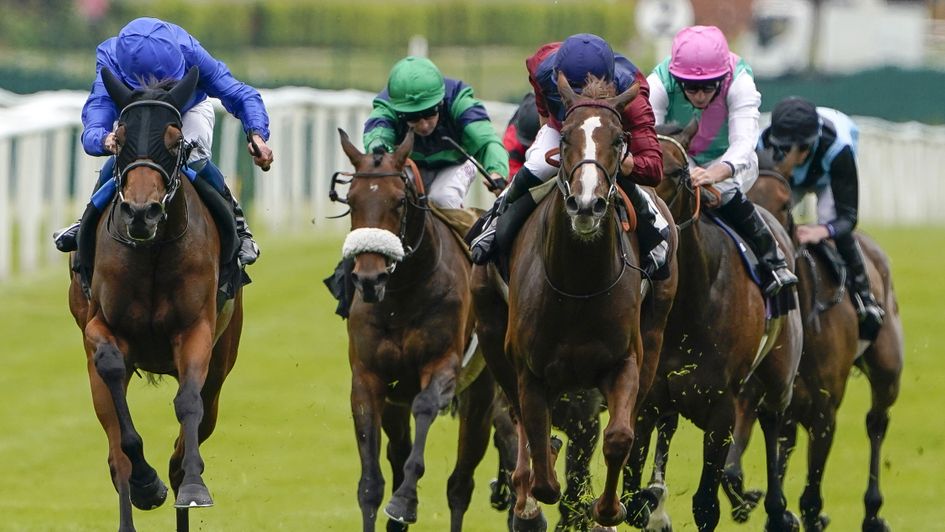 Creative Flair is set to be prepared for a trans-Atlantic mission next month after adding her name to an illustrious roll of honour with victory in the Betfair British EBF Stakes at Newbury.

Subsequent Irish Oaks heroine Great Heavens (2012), dual Group One winner Speedy Boarding (2015) and top-class filly Sea Of Class (2018) are among the recent winners of a Listed contest better known as the Abingdon Stakes.

Creative Flair was the 13/8 favourite for this year’s renewal, having won at Ascot on her reappearance before filling the runner-up spot behind the Royal Ascot-bound Primo Bacio at York last month.

Sporting a hood for the first time, the daughter of Dubawi travelled strongly for much of the race on her first start over a mile and a quarter before knuckling down to see off chief market rival Lilac Road by half a length.

Appleby said: “I’m delighted. The step up in trip seems to have brought out some improvement – we were hopeful it would on her pedigree.

“I thought she saw it out well. Going forward we’re potentially looking at sending her further afield – we might look towards heading to America for the Belmont Oaks in July. That would be her next target.

“I think the right horses came to the fore today. Our filly and Lilac Road were the two that went in there as the highest-rated and they’ve both ran solid races.”

Great Max appears to have earned himself a last-minute ticket to Royal Ascot after making a winning debut for Michael Bell in the Betfair Racing…Only Bettor Podcast Novice Stakes.

A 260,000 guineas yearling purchase for owners Amo Racing Limited, the Wootton Bassett colt was a 4/1 shot for his racecourse introduction over six and a half furlongs in Berkshire.

Having been ridden prominently throughout, Jack Mitchell’s mount displayed a smart change of gear to get up and beat the wayward Harrow by three-quarters of a length – setting up an intended tilt at the Chesham Stakes on Saturday week.

Winning trainer Michael Bell said: “He’s been working well at home and we were hopeful that he could do something like that.

“Provided he takes the race all right and eats up and trains well next week, he’ll run in the Chesham.

“There haven’t been many suitable maidens to run him in, but we’d had this plan in mind for a while.

“Phase one has gone according to plan, so if all goes well for the next week, we’ll head for Ascot.”