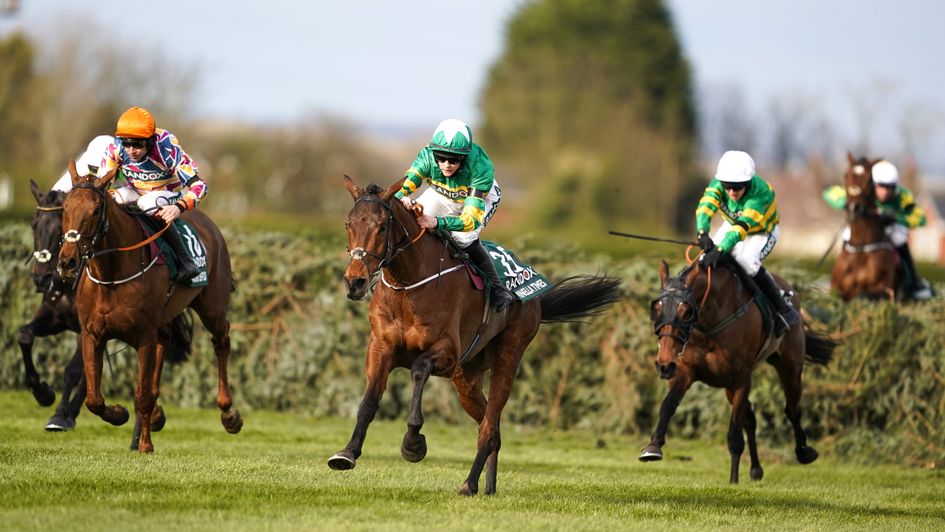 Any Second Now will have two runs before attempting to land the Randox Grand National.

The JP McManus-owned gelding was third in last year’s renewal and has been cut to 16/1 joint-favourite with William Hill for the marathon chase at Aintree on April 9.

Trainer Ted Walsh is aiming the 10-year-old at the extended four-and-a-quarter-mile showpiece, which is returning to its pre-pandemic value of £1million and will be run in front of an estimated 70,000 full house, having not been staged at all in 2019 and run behind closed doors last year owing to the Covid-19 pandemic.

Any Second Now is set to follow a similar path to Aintree as last term, following a close-up ninth in a two-and-a-half-mile Navan handicap hurdle in mid-December.

Walsh said: “All is good with him. He is in good form. He will have a couple of runs between now and the National. I want to get two runs into him at least.

“We will look at a race at the Goffs Thyestes meeting at Gowran at the end of the month and possibly the Webster Cup at Navan again (which he won last year), but he will certainly have a couple of runs beforehand.”

The weights for the Grand National, won last year by Rachael Blackmore aboard the McManus-owned Minella Times, are scheduled to be unveiled at a ceremony at the Rum Warehouse in Liverpool on February 15.