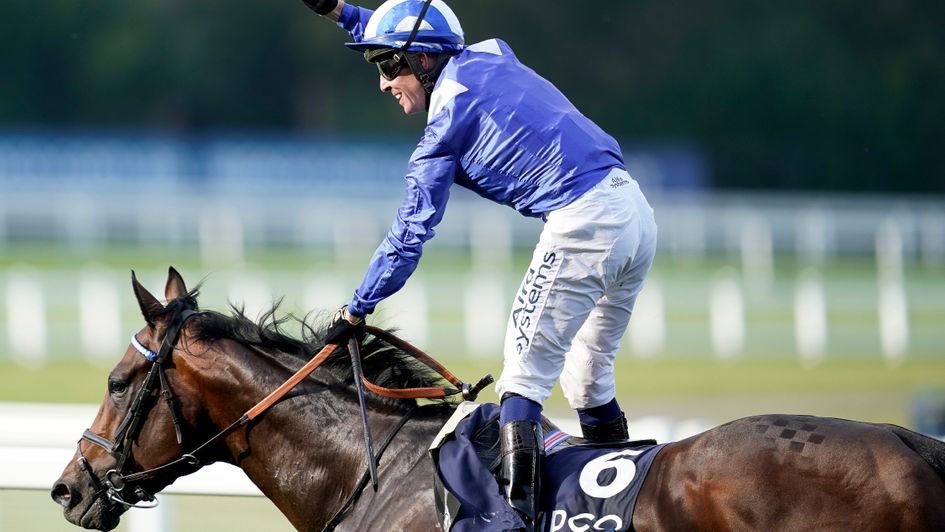 Champion miler Baaeed is primed and ready to go for his much-anticipated seasonal reappearance in the Al Shaqab Lockinge Stakes at Newbury on Saturday.

Unbeaten in six starts, those victories came in just over four months last summer in a special period which saw him progress from a maiden to beating Palace Pier on Champions Day – his second Group One triumph.

Trained by William Haggas for Shadwell Estate, the four-year-old is now rated as one of the best horses in the world and on official figures has plenty in hand over his rivals at the weekend.

“He was unraced at two. I probably rang Angus (Gold, Shadwell’s racing manager) to tell him he needed more time and as he was unraced it was very unlikely he was a Guineas horse, so the plan was take him to a maiden and see what happens,” said Haggas, remembering last spring. “We obviously liked him, but we like lots of them and lots of them go the wrong way. This one went the right way.

“I was pretty impressed with him at Goodwood (in a Group Three), but I’d spoken to (handicapper) Dominic Gardiner-Hill after his second win at Newmarket in the Listed race when he said everything else ran to the pound, exactly where they should have finished.

“He said ‘he beat them four lengths so I’ve put him on 121 and could easily go higher, but I’ve got the Guineas winner on 122 and I don’t want to do that at this stage’, quite rightly. Given the handicappers are neutral, and they were getting the same vibes as us, I knew then he was good.

“I asked if Sheikha Hissa (who runs Shadwell) and Angus wanted to supplement for the Sussex on the back of that win, but we had another option of a Group Three over a mile which was a perfect fit. Sheikha Hissa said to go for the Group Three to see where we were and he obviously won that impressively and that was when we thought ‘crikey, we’ve got one’.”

Haggas has yet to win the Lockinge but one man has won it more than any other, his father-in-law Lester Piggott.

“Lester hasn’t offered any advice yet, but he’ll be sending his best wishes and hoping he wins. He’ll be following it closely as he still does with all of them,” said Haggas. “I don’t feel any pressure yet but we’ll see on Saturday. Our daughter is a few days late foaling in Dubai, so that is pressure in its own way, I’d like that to go well. I try not to think about Baaeed, what will be will be.”

Perhaps the biggest question regarding Baaeed is if and when he steps up in trip given there is plenty of stamina in his pedigree.

“The only entry I gave to him before he ran was in the King Edward VII (over 12 furlongs) which says it all, but then I was guided very much by his brother (Hukum) who is a stayer,” said Haggas. “He’s got a very strong backside and if you looked at him as an individual, you wouldn’t think he was a brother to a stayer as he looks fast. He’s not big, just strong. I think the dilemma we have over the course of the next six months is when and if we step him up in trip, a lot will depend how he gets on on Saturday.”

In his role as retained rider for Shadwell, Jim Crowley has ridden Baeed to four of his six wins, and was even on board for a recent workout at Chelmsford which seemingly went very well indeed.

“Jim is very important, he rode him the other day at Chelmsford and was very pleased with him – as we all were,” said Haggas. “He went with a lead horse we kept in training, who is quite useful and rated 104 called Montatham. He led, Aldaary (won a Listed race at Haydock on Saturday) sat second and Jim pulled him out and he quickened by. The other two weren’t pressed when he went on.

“We knew if the rain came Aldaary would go to Haydock at the weekend, so he was never going to have a hard bit of work, but it was just getting him out to a different place. I’d have loved to work on the grass somewhere. I didn’t fancy working him at Newmarket on Guineas weekend, so we went to Chelmsford and his work was very nice.

“It’s very hard to compare him to mine I’ve had in the past. I think Shaamit must have been pretty good to win the Derby as we were pretty clueless back then – probably still are – yet he managed to win the Derby first time out, which is quite a difficult thing to do. Sea Of Class had a great turn of foot and stayed very well. This horse is right up there but he has a bit more to do yet. We’re very fond of him.”