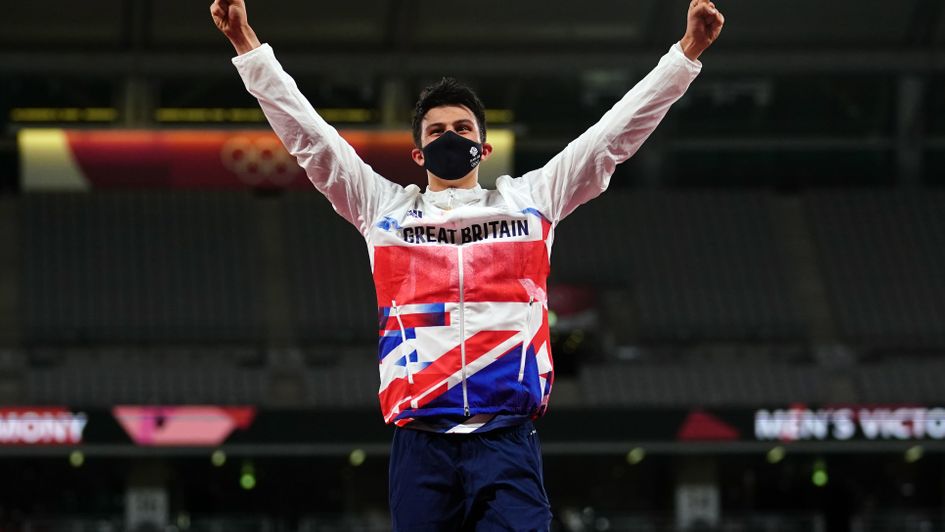 A review of Saturday's action at Tokyo 2020, where Team GB bagged two gold medals and Tom Daley signed off the Games with individual bronze.

Choong gets redemption for Rio

Joe Choong made it a sensational double for Great Britain in modern pentathlon by emulating Kate French and taking gold.

The 26-year-old paced himself to perfection in the final laser run having led throughout the competition and becomes the first British man to win an individual Olympic medal in a sport that has been in the programme at every Games since 1912.

Choong looked like he might be overtaken by Egypt’s Ahmed Elgendy heading into the final 800 metres lap but the British athlete had something in reserve and he sprinted across the finish line.

Choong, who fell from a medal position five years ago, was relieved to have held off the challenge of Elgendy in the closing stages of the laser run.

“I was thinking down the last straight ‘he’s going to catch me’,” he told the BBC.

“I’ve always said I wanted to be the best in the world at something and this is a dream come true.

“My swimming was good, my fencing was good. My shooting was a bit sketchy again. But I pulled myself together and this time I’ve nailed it.”

On becoming the first British man to win an individual modern pentathlon medal – 24 hours after Kate French’s gold in the women’s event – Choong joked: “To be honest I couldn’t let Kate have all the limelight.”

Galal Yafai claimed flyweight boxing gold for Great Britain after a split decision win over Carlo Paalam of the Philippines.

The 28-year-old floored his opponent in the opening round with a straight left and edged a high-octane contest to secure the verdict.

It concluded a stunning run of form for the Birmingham boxer, who was competing in his second Olympics having lost his second bout at Rio 2016.

All five of the judges gave Paalam the last round of the contest but Yafai had built up enough of a lead to secure the win on four of the five judges’ cards.

The moment @galal_yafai was handed his #Olympics gold medal! 🥇

We’re never going to get tired of watching this…😍pic.twitter.com/2FagcZ3wSw

Yafai told the BBC: “I have trained hard, given it everything. It shows if you do that you can get the rewards. I’m Olympic champion and I’m over the moon. I’d like to thank everyone who has supported me, it’s overwhelming.”

Yafai was cheered on by Great Britain team-mate Frazer Clarke en route to his gold medal. “I could hear big Frazer,” he said. “It’s his birthday today. He said to me before: ‘Go win the Olympic medal for my birthday’.”

The Birmingham fighter plans to take his time before deciding his boxing future, adding: “I’m going to chill and relax with my friends and think about the next chapter after.”

Tom Daley dropped a strong hint he could compete at the next Olympics in three years’ time after collecting bronze in the men’s 10 metre platform with a near-faultless display in a gripping final.

Daley topping the podium alongside Matty Lee in the men’s synchronised event was one of the feelgood stories of Tokyo 2020 and although solo success continues to be elusive, he claimed his fourth Olympic medal on Saturday.

He led at halfway at the Tokyo Aquatics Centre but a minor error from his fourth dive and the excellence of Chinese pair Cao Yuan and Yang Jian, who took gold and silver respectively, meant Daley settled for a third Olympic bronze.

It may not yet be the last hurrah of an Olympic career that began at Beijing 2008 as Daley has not ruled out continuing to Paris 2024 and could be enticed by the prospect of mixed or team events being put into the schedule.

While the only thing he did confirm is an imminent period of rest, Daley thinks a unique system of exercise called gyrotonics he has incorporated into his routine since son Robbie was born in 2018 could prolong his diving career.

“I’m definitely going to have a break & a few margaritas, but don’t rule me out for Paris,” he tells me with a wink. pic.twitter.com/xNFSN7PoHS

“I hear of rumours through the grapevine that they might put in the mixed synchro events or a team event into diving, which would mean three more events – that might be worth sticking around for,” the 27-year-old said.

“Regardless of what that decision is, I’m definitely going to take a break over the next six months or so. I’ve been doing it for 20 years and my body needs a bit of a break.

“And then, I’m not necessarily putting any decision on it. At the end of the day I love the sport and I feel like I’m just getting back into the swing of things now. I had a bit of a dip in 2018 with injuries and things.

“But since Robbie has been born I’ve found gyrotonics, which is something that’s really helped me stay flexible and use muscles that I can actually stay healthy with.

“Over the next year I’ll make the decision, but at the moment my body is doing alright so I don’t know why I would quit now. It’s also nice to be an Olympic champion. When you have that feeling, you also want to do it again.”

Ethan Hayter admitted he thought he was sprinting for bronze as he and Matt Walls came through at the finish to claim Olympic men’s Madison silver for Great Britain.

A day after Laura Kenny and Katie Archibald won the first ever women’s Madison at an Olympics, Walls and Hayter used a strong finish to add to the medal haul as this messy, chaotic but hugely popular event returned to the men’s programme for the first time since 2008.

While world champions Lasse Norman Hansen and Michael Morkov took gold for Denmark, Walls and Hayter finished three points back, level with the French duo of Benjamin Thomas and Donavan Grondin, but took silver by winning the final sprint at the end of the 200-lap race.

This was an unbelievable finish from the British pair!

From looking like they might miss out on a medal at all, they storm to silver - missing gold by just three points to Denmark!

“I thought (we’d got bronze),” Hayter said. “Silver and bronze are both great, aren’t they? And we were actually closer to winning than I thought.

“We could have made up some points somewhere but then I think the Danes would have ridden differently. They were the stronger pair I think.”

Walls and Hayter had been in the top three of the standings from the first of the 20 sprints but saw that place come under pressure as the Belgian duo of Kenny De Ketele and Robbe Ghys launched a late move.

Attack would prove the best form of defence for Hayter, however, as his bid to save third place ended with second.

“I was looking up at the board, I was coming in with two laps to go to do the last sprint,” he said. “I saw a four-point gap to the Belgians and thought we have to beat them. But it’s so hard to keep track of what’s happening.”

Josh Kerr won a brilliant bronze to end Team GB’s 33-year wait for an Olympic medal in the men’s 1500m.

The 23-year-old ran a personal best of three minutes 29.05 seconds to finish behind Norway’s Jakob Ingebrigtsen and Kenya’s Timothy Cheruiyot.

It is the first British medal in the men’s event since Peter Elliott won silver in Seoul in 1988 and adds to Laura Muir’s second place in the women’s 1500m on Friday.