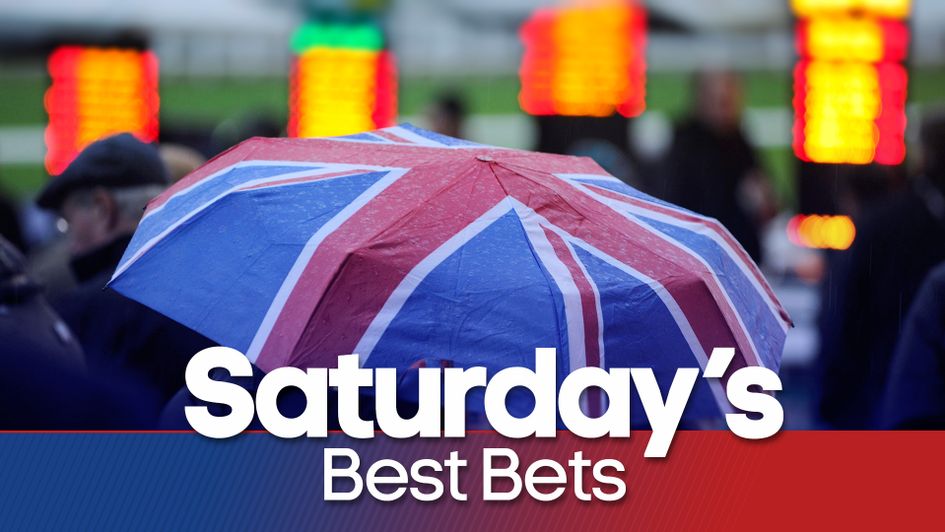 Our team pick out their best bets for Saturday (and a bonus ball for Sunday) including a 40/1 golfer and a last-time-out winner for Nicky Henderson.

Henderson has always done very well with his juvenile Flat recruits and this son of Australia is bound to have been well conditioned having spent his early years in the care of Mark Johnston.

He won just one race on the level but did reach an official mark of 83 at his best and that means he should have considerable scope for the jumps game.

The Newbury race admittedly lacked strength in depth and this will pose a greater challenge, but he was heavily backed first time out on the back of a reported schooling session with Henrietta Knight and there was a lot to like about the way he attacked his hurdles.

With improvement to come no doubt, it wouldn't be a huge surprise to see Fraser Island put himself into the Triumph Hurdle picture this weekend.

Stamina will be all important in the McCoy Contractors Civil Engineering Classic Handicap Chase over three miles and five furlongs in soft ground at Warwick on Saturday, and Cheltenham four-mile winner LE BREUIL can see it out best.

Ben Pauling's tough eight-year-old, who narrowly prevailed in a tremendous battle with Discorama at the Festival last March, failed to fire on his reappearance over hurdles when his trainer was in poor form.

However, there were definite signs of improvement in the Becher Chase at Aintree next time when Le Breuil had every chance turning for home before finishing seventh behind Walk In The Mill and the re-opposing Kimberlite Candy.

Dropped 2lb and now 7lb better off with the latter, and with Luca Morgan (who was beaten a nostril aboard the Pauling-trained Delire D'Estruval at Sandown last Saturday) taking off an additional 7lb, the selection has a big chance at the weights and should be well suited by this extreme test on a course where he won a bumper in 2016.

ONE FOR THE TEAM is the one to be on in the Pertemps Network Handicap Hurdle at Warwick on Saturday.

The Nick Williams-trained horse remains highly unexposed after just four career starts over timber and there is plenty of mileage in his current handicap mark of 128.

He showed he’s learning plenty with each run when finishing second in a hot handicap at Newbury last time and a mere 2lb rise for that effort was a rare piece of generosity from the assessor.

The form is working out well with the first and sixth subsequently running well at Cheltenham, while the fourth, Dolphin Square, won at Ludlow on Wednesday.

ONE FOR THE TEAM beat him by three lengths and was value for more considering he made serious inroads from off the pace with the first and third racing prominently throughout.

Sam Twiston-Davies, one of the strongest jockeys around, takes over from Chester Williams in the saddle and he has a big chance on this horse for a yard who are going really well. 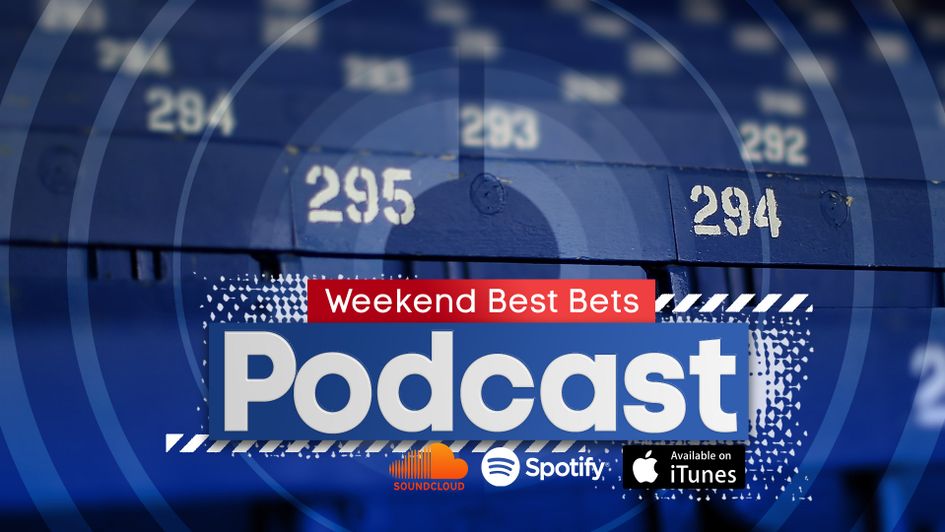 Looks to be getting the hang of things now judging by his recent Chepstow win and he can step up again and land this for Colin Tizzard.

ADAMA TRAORE, as well as receiving public praise from Pep Guardiola and Jurgen Klopp, waited a long time for his first Premier League goal but this season he has four to his name and is running high on confidence.

The 23-year-old - who once attracted interest from NFL teams, according to team-mate Romain Saiss this week - has attempted 15 shots in his last six Premier League games, eight of them coming in his last two Molineux outings.

The Magpies' defence has not been great on the road, conceding 21 in 10 games, and Traore can ride the wave and get another here.

For a man in his confidence and starting in a front three against an inconsistent and defence that could be changed yet again due to injuries, that 3/1 is too good to pass up for a small play. 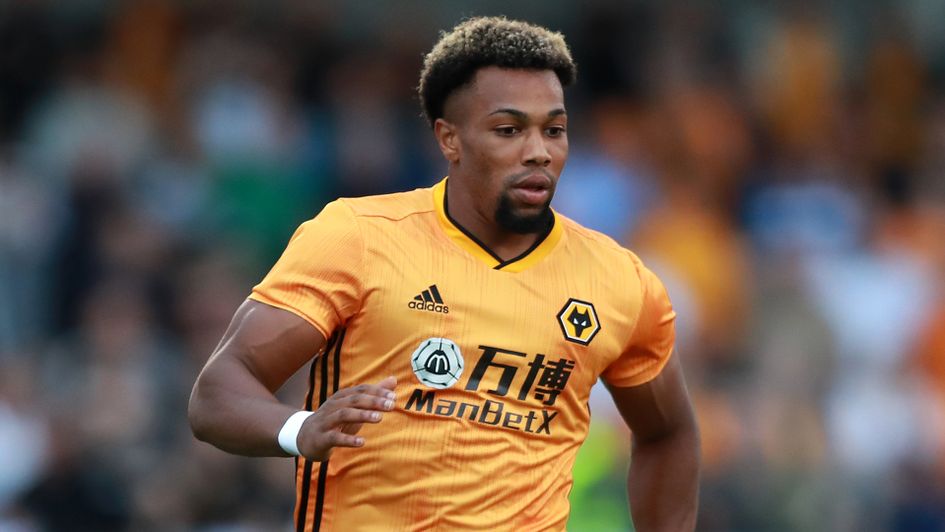 Adama Traore is fancied to strike for Wolves

LIVERPOOL have also rediscovered their defensive nous over the last four games, keeping five straight league clean sheets and eight out of ten in all competitions. They really are an outstanding team and a nightmare to play against with their combination of tireless running and outstanding ability.

You can almost bank on a Liverpool victory, but it’s the manner of the win that we need to focus on, and principally whether Tottenham can trouble Alisson Becker or not on the break – which seems their only real route to goal.

If you have seen Joe Gomez and Virgil van Dijk play together recently you will have seen a blossoming partnership that could rival anything we’ve seen in years, and without Kane’s clinical eye for goal the best guess is that Spurs won’t be able to breach that solid rearguard.

AAPO HALME has been utilised in midfield by Gerhard Struber since his arrival at Barnsley the former Leeds man has three goals on his tally. While he is a defensive-minded player, he does present an attacking threat and is worth a bet at a big price.

Halme has posted three shots in his last three games and scored in the Boxing Day draw against West Brom. He's no stranger to having efforts towards goal; three came against Bristol City while there were two in their home defeat to Leeds earlier in the campaign.

He could be among the chances again this weekend given Huddersfield's defensive woes. They've only managed to keep one clean sheet in their last five Championship away fixtures - including shipping five in their defeat at Bristol City. 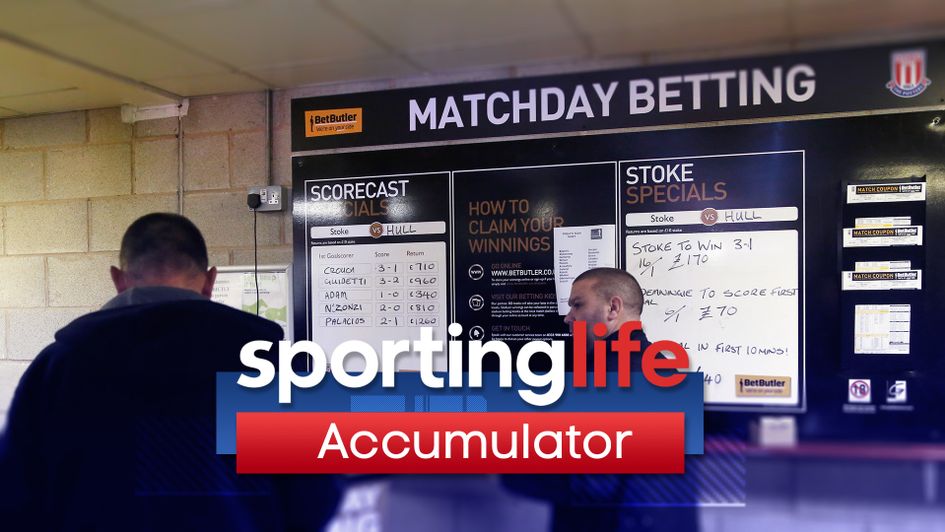 The SA Open looks no clearer at halfway than it did pre-tournament, despite a field of well over 200 players being reduced to 76, and that's because we've some fairly surprising names at the top of the leaderboard.

Tapio Pulkkanen is a big-hitting talent who appears to be getting there in terms of proving capable of winning at this level, Sam Horsfield likewise, but the South African challenge is being led by 18-year-old amateur Jayden Trey Schaper and talented 23-year-old Thriston Lawrence.

History tells us that Sunshine Tour players will struggle to make it over the line in an event like this, but Schaper and Lawrence are unexposed, improving, and have to be respected at best prices of 40/1 and 28s respectively.

However, it's hard not to look at this leaderboard and deem it likely that the winner comes from further back, and pick of the prices is the 40/1 available about MIN WOO LEE who is worth a small each-way bet.

Lee has a huge future and he's made an excellent debut in South Africa, rounds of 66 and 69 setting him up for a weekend challenge from four shots off the pace.

Perhaps crucially, he struck the ball to an extremely high standard at the Firethorn course on Thursday, which is where the final two rounds will be played. It's long and tough and his power is a massive asset, as well as his silky touch around the greens.

Friday's 69 at Bushwillow could have been better but he's more than capable of fireworks from here - he showed as much with a brace of weekend 63s for fourth place in Saudi Arabia last year, as well as when climbing from five behind to finish third in Australia last time.

There are myriad options including Harry Hall and Gavin Green, but none more compelling than the Australian, who could be a world number one at some point in the future.

With my attention turned to the bottom half, NEIL ROBERTSON is the first name to jump from the page.

Winner of this event in 2012, the Australian made the final the following year and again in 2015, and he comes into this year's tournament with a big title already under his belt this term having claimed the Champion of Champions trophy in early November.

It took a rampant Judd Trump to derail his Masters bid 12 months ago but with that rival berthed on the opposite side of the draw this time, and with the hope that Robertson can once again enjoy another fruitful second half of the campaign, he looks a bet at 9/2.

Lamar Jackson to score a touchdown in Baltimore v Tennessee

The NFL play-offs continue over the weekend as the top seeds enter the fray - including red-hot MVP favourite Lamar Jackson of the Baltimore Ravens. He and his team have had an extra week off to prepare for the Tennessee Titans, who surprised everyone by beating the New England Patriots last week.

The Patriots were trending downwards though and this Ravens side is trending in exactly the opposite direction. The Baltimore quarterback is a devastating runner and so hard to keep an eye on especially down in th red zone - he's a certain scorer at a decent price.

We've also got a special podcast to celebrate as we start our countdown to the Super Bowl in Miami.

Our team talk through all the tactical battles that will take place and give you their predictions for the weekend's games along with points spread and totals advice for each game. 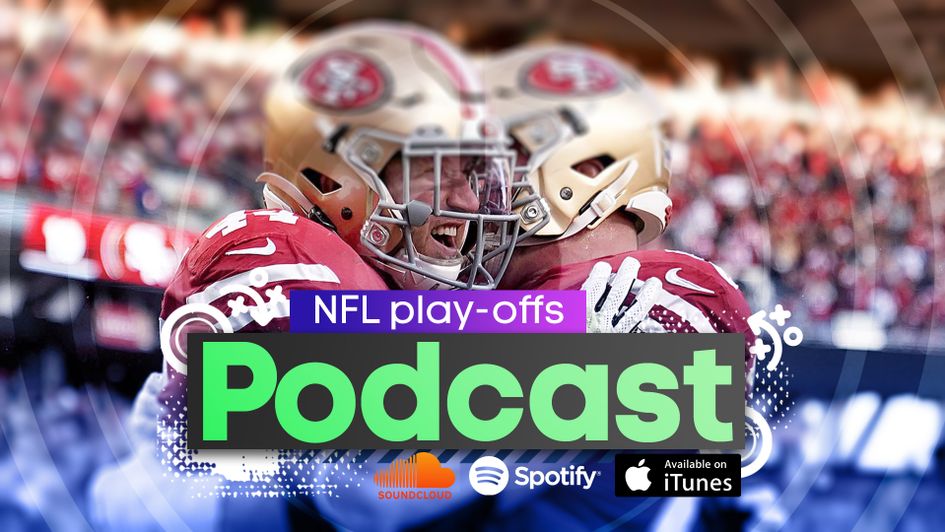 Listen to our NFL play-off podcast