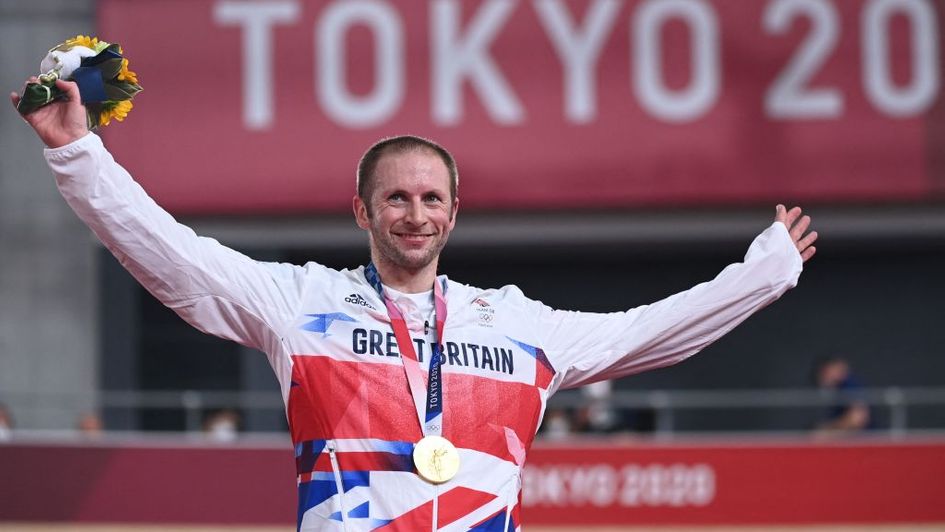 Jason Kenny became the first Briton to win seven Olympic gold medals as he took a stunning victory in the men’s keirin final in Izu.

Kenny had complained of being out of form during the men’s sprint earlier this week but you would not have known it from the way in which he rode away from the field to win by a yawning gap of 0.763 seconds from Azizulhasni Awang of Malaysia.

It also makes Kenny the first Briton to win nine Olympic medals as he adds it to the team sprint silver he took on Tuesday alongside Jack Carlin and Ryan Owens.

“Seven gold medals is really special, when you look back on the ones you have already got it seems pretty easy,” Kenny said. “Then when you try and get more, you remember how hard it is.

“It is easy to forget the hard work that goes into it. I have been disappointed this week, I haven’t been as competitive as I wanted to be. But in the keirins you can race hard and ride your luck a little bit…

“Before today I had all but given up, I was counting my career in days and races as opposed to years, but maybe I have bought myself more time now.”

Perhaps Kenny’s rivals had been guilty of listening too closely to the downbeat assessment of his physical condition after he finished eighth in the individual sprint competition.

Australia’s Matthew Glaetzer let go of his wheel before the derny had even pulled off, with the others too busy looking at one another to realise that Kenny had already gone.

The 33-year-old checked over his shoulder and saw the advantage he had, charging away and building what proved to be an unassailable lead.

“I couldn’t believe no-one came past, I felt like I was standing still at the end,” he added. “I was hacking away into the final corner, but just kept telling myself it is a medal. I couldn’t believe it when I crossed the line.”

His team-mate Jack Carlin, who missed out on a place in the final and had just earned eight place overall, watched on open-mouthed from the track centre as Kenny simply rode alone, in a different race to the other five men on track.

Kenny had needed to go through the repechage to survive on Saturday after sitting up to finish fourth in his first-round heat, and it was Carlin, winner of individual bronze, who had looked the better bet for Britain at that point.

But it was Kenny who turned it on come Sunday, second in his quarter-final before winning the semi in which Carlin dropped out of medal contention.

Though he had already handed over his team sprint and individual sprint crowns this week, it means Kenny successfully defended the keirin title he took in Rio – and he did so at the home of the discipline in Izu, where Japan’s elite keirin school is based. 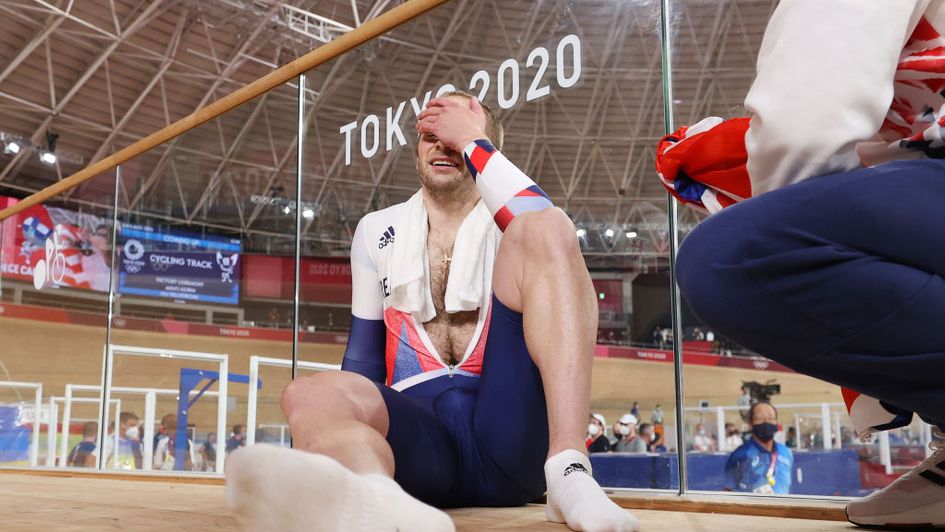 Jason Kenny reflects on making history in the keirin

Golds at four Games in succession

Kenny has now won gold at four consecutive Games, taking his first title in the team sprint in Beijing, before winning team and individual sprint at both London and Rio in addition to the keirin crown five years ago.

Holland’s Harrie Lavreysen – arguably the favourite after being crowned individual sprint champion on Friday – took bronze and joined Awang in holding Kenny aloft on the podium.

Kenny could have been forgiven for taking his eye off the ball in this event, with his warm-ups for the quarter-finals earlier on Sunday morning interrupted when his wife Laura crashed heavily in the opening scratch race of the women’s omnium and was slow to get up.

Though Laura recovered to win the following tempo race, her medal hopes suffered a major blow with an early exit from the elimination race and she eventually finished outside the podium places in sixth, never able to truly get back into the mix after that opening crash.

“It was a mountain to climb from that point and to be honest the tempo race I just rode off adrenaline,” Laura Kenny said.

“I didn’t even get on the rollers, I literally just restarted a bike race. By the time the elimination race came round I was done. I was sat in the chair and I was thinking: ‘I feel sick, my back is killing me’.

“I just went for the easy line because everything didn’t feel right and whenever you’re in that place it is the worst place to be. It didn’t matter how much my head was saying: ‘You need to get out of here’, there was just nothing I could do about it. I was just too tired.”