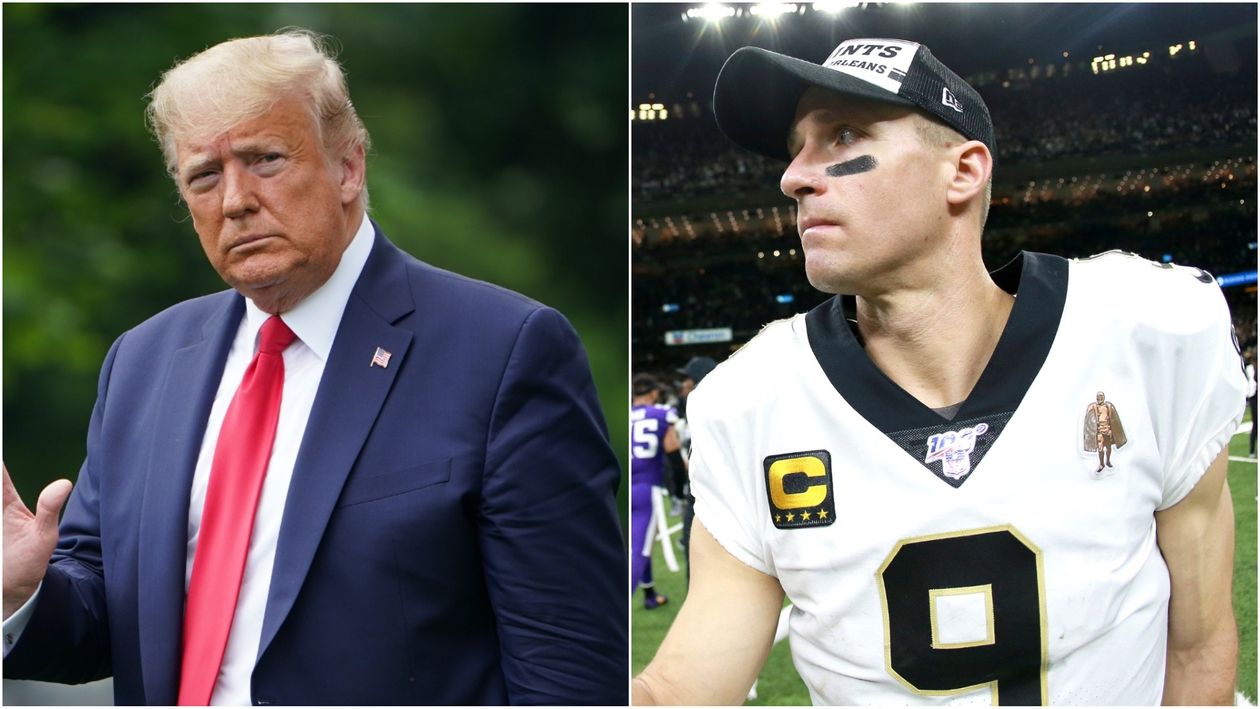 NFL quarterback Drew Brees has responded to criticism from president Donald Trump by insisting that he is now behind players kneeling during the national anthem in protest against racial injustice and police brutality.

Brees sparked controversy when, amid the protests in the US sparked by the death of George Floyd in police custody, he told Yahoo that he would never "take a knee" during the customary national anthem before an NFL game.

Brees was forced to apologise after he took a similar stance to that of president Trump when saying he would "never agree with anybody disrespecting the flag" after being asked about NFL players kneeling.

The New Orleans Saints quarterback faced a huge backlash from the public, fans and even several players on his own team, and he soon apologised saying his comments "lacked awareness and any type of compassion or empathy".

Trump has been a long-term critic of players kneeling during the anthem, and unsurprisingly spoke out against Brees, not for his original comments but for apologising and changing his stance.

Trump tweeted that Brees "should not have taken back his original stance on honoring our magnificent American Flag" and added that: "We should be standing up straight and tall, ideally with a salute, or a hand on heart. There are other things you can protest, but not our Great American Flag - NO KNEELING!"

Brees, though, has responded directly to the president and insisted that he now knows the protests have nothing to do with disrespecting the flag, and never have been.

"Through my ongoing conversations with friends, team-mates, and leaders in the black community, I realise this is not an issue about the American flag. It has never been," Brees said in his social media message to Trump.

"We can no longer use the flag to turn people away or distract them from the real issues that face our black communities.

"We did this back in 2017, and regretfully I brought it back with my comments this week. We must stop talking about the flag and shift our attention to the real issues of systemic racial injustice, economic oppression, police brutality, and judicial and prison reform.

"We are at a critical juncture in our nation's history! If not now, then when?

"We as a white community need to listen and learn from the pain and suffering of our black communities. We must acknowledge the problems, identify the solutions, and then put this into action.

"The black community cannot do it alone. This will require all of us."