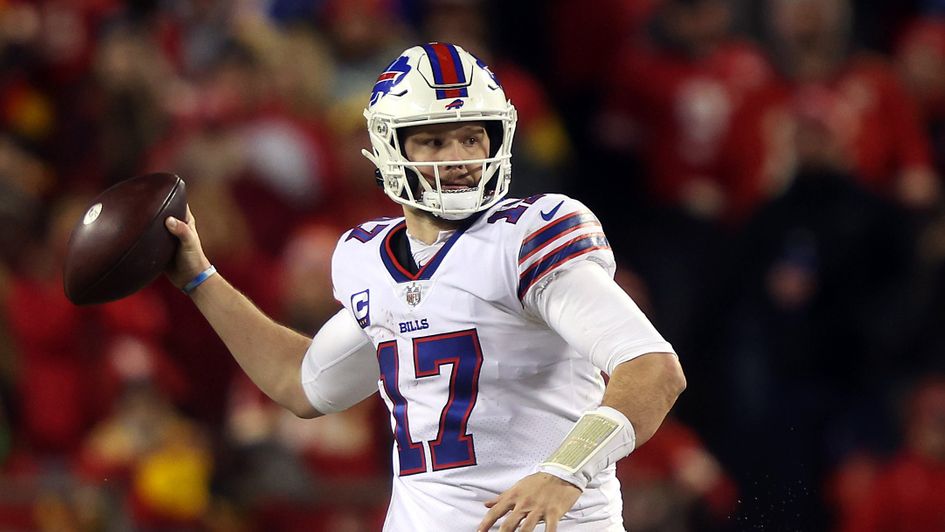 Josh Allen and co came seriously close to making it to the big game last season, losing to Patrick Mahomes and Kansas City in a playoff shootout for the ages at Arrowhead.

Buffalo has a significant advantage over its two main rivals in the AFC East - New England and Miami - around three regular-season wins if you believe U.S. sportsbooks.

The New York Jets meanwhile should be vastly improved in 2022, but likely still a year or two away from challenging for a division title.

Free agency and the Draft are both behind us now, and OddsCritic gives us a lowdown on where things stand as the countdown to the 2022 season really hots up.

So this story had the expected ending, but the script to get there looked a little different to the one we had envisaged before the season kicked off.

A mid-season slump for the Bills and a seven-game win streak for the Pats (including an epic Bill Belichick coaching masterclass on a frigid Monday night in Buffalo) left the AFC East title right in the melting pot heading to the final weeks of the season.

Just when it appeared the Pats might snatch the title, Buffalo regained its poise and claimed a crucial victory in Foxboro to redress the balance.

The promise showed by New England’s rookie QB Mac Jones during that win streak faded just a little down the stretch as the Pats limped into the postseason before being destroyed by the Bills again.

Miami somewhat surprisingly fired Brian Flores after the Dolphins recovered from a miserable start to post a winning record, while the Jets were as expected very much the basement dwellers.

Buffalo is all in on a Super Bowl run in 2022, and the preseason odds reflect that.

After that heartbreaking loss to the Chiefs in January, the Bills made a huge offseason move, the type teams make when they believe it is the final piece in the jigsaw.

The signing of Von Miller - fresh off helping the Rams to a Super Bowl title - for $120million over six years is a calculated gamble. He’s a big-game player and has been hired to star next January and February.

Buffalo went into the offseason with no massive holes to fill on a terrific roster. It is also set at QB for years to come after the smart decision to hand Josh Allen a six-year contract extension last summer. Right now $43million per year looks sensational value, and it will only get better.

Protecting Allen is a key for Buffalo and the team signed former Tennessee Titans guard Rodger Saffold to a one-year deal to beef up its offensive line depth.

Secondary was an area where the Bills were clearly targeting as the Draft approached, and they invested significant resources in that position by selecting Florida CB Kaiir Elam in Round 1.

Buffalo’s offense could be even better in 2022 with the addition of second-round running back James Cook (brother of Minnesota superstar Dalvin). James is like a carbon copy of his brother - maybe not quite as good - but plenty good enough to get Bills fans excited.

Fifth-round WR Khalil Shakir out of Boise State is another draft pick to keep an eye on. He may get the chance to replace departed slot receiver Cole Beasley, though former Jet Jamison Crowder will likely have something to say about that.

Summary: The Bills are absolutely the class of the AFC East and the favourite to emerge from a loaded conference to represent the AFC at Super Bowl LVII.

They entered the offseason with a formidable roster and in theory added some really nice pieces to make it even better.

It’s very very difficult to see any scenario where Sean McDermott’s team does not win the division - you won’t get rich betting 8/15 but it does rank as one of the safest ante-post picks of all. Feel free to include them in your parlay picks or accumulators this summer.

The Pats were pretty quiet during free agency this year after that massive splurge in early 2021.

Belichick and the New England brass decided not to keep elite CB J.C. Jackson, electing not to put the franchise tag on him before he bolted to the Chargers.

The Pats also saw offensive line attrition as center Ted Karras left for the Cincinnati Bengals while guard Shaq Mason was traded to the Tampa Bay Buccaneers. Mason will again block for his old buddy Tom Brady in Florida.

After the Jackson loss the Pats secondary did get just a little love in free agency with the return to Foxboro of CB Malcom Butler and the acquisition of former Giant Jabril Peppers.

New England has been weak at WR for a while now and it did nibble at improving that with the trade for Miami’s DeVante Parker and the free agent signing of former Saint Ty Montgomery.

Most of the Pats’ moves though came in the Draft, starting with the selection of Chattanooga guard Cole Strange. Most of the league thought this was a massive reach (see Sean McVay and Les Snead of the Rams belly laughing when they heard the news) but Belichick is seldom wrong.

New England tried to further improve the weapons Mac Jones has at his disposal by picking up Baylor speedster Tyquan Thornton in Round, and then further added to secondary depth with CBs Marcus Jones (Houston) and Jack Jones (Arizona State) in Rounds 3 and 4 respectively.

One Patriots draft pick which will fly under the radar right now, but might pay off handsomely in the long-term, is the decision to take Western Kentucky QB Bailey Zappe in Round 4. This QB class may have underwhelmed scouts and teams, but if Zappe pans out this will be terrific value as a future trade piece.

Summary: The decision to let Jackson walk in free agency was a big call from Belichick, but he is normally pretty good at cutting ties at the right time (apart from TB12 of course).

The additions of Parker and Thornton should improve the receiving corps and Jones does need deep threats if he is to revise the general opinion that he has a high floor but a relatively low ceiling.

Conventional wisdom says New England is in a fight with Miami for second place in the East and a potential wildcard slot. Can Belichick prove us all wrong yet again?

The Dolphins are something of an unknown quantity after an offseason of huge change down in South Florida.

The Fish fired HC Brian Flores despite a remarkable recovery to post a winning record, and replaced him with man of the moment Mike McDaniel.

McDaniel, the mastermind of that stellar San Francisco running game, has become something of a media darling in recent months, but now he has to deliver results on the football field.

Miami already had a terrific defense in 2021, but it certainly provided McDaniel with the required resources required to retool the offense.

The moves the Dolphins made were headlined by that blockbusting trade for Kansas City Chiefs WR Tyreek Hill. ‘The Cheetah’ might be the most dynamic player in the NFL right now - the price was high but so is the potential.

Miami also picked up former Dallas WR Cedrick Wilson for excellent value in free agency - he was great down the stretch for the Cowboys in 2021 and should be a nice addition. TE Mike Gesicki meanwhile will remain a Dolphin after he was franchise tagged.

Without doubt the biggest issue for the Dolphins in 2021 was the offensive line, and they made major steps to changing that, firstly with the signing of the premier LT on the open market in the shape of former Saint Terron Armstead. Former Dallas G Connor Williams also entered the building.

You would absolutely expect the ground game to be a focus for McDaniel, and he acquired an entirely new backfield with the signings of former Cardinal Chase Edmonds, ex-49er Raheem Mostert and Sony Michel, formerly of the Rams.

Other key moves made by Miami involved locking up CB Xavien Howard, acquiring Teddy Bridgewater as its backup QB and sealing a cheap deal for edge rusher Melvin Ingram.

Summary: The big question mark for Miami surrounds third-year QB Tua Tagovailoa. He has few excuses now to finally become the leader of this franchise after the Dolphins made a concerted effort to surround him with dynamic weapons and an upgraded offensive line.

The jury is very much out on the former Alabama standout, and if he is not the answer in 2022 then Miami will likely be back in the QB market early next year.

As of now it’s impossible to pick Miami to get even close to Buffalo based on the evidence we have. Tua so far has been underwhelming while there are so many new pieces which need to gel. We’ll find out in the next six months how the plan works out.

The Jets were far from great in 2021, but they did at least appear to be a team slowly heading in the right direction. A moribund franchise for so long was starting to make smart personnel moves.

This offseason should have only served to speed up that return to relevance, with some excellent free-agent signings followed up by a stellar Draft.

Surrounding Zach Wilson with the weapons to win was a key facet of the offseason plan in East Rutherford, and TE got some serious love in free agency. C.J. Uzomah and Tyler Conklin were both signed to add safety blankets for second-year QB Zach Wilson.

The secondary got serious attention with the signings of former Buccaneers safety Jordan Whitehead and former Seattle CB D.J. Reed.

The Jets were set up nicely heading into the Draft, and they did a terrific job of capitalising.

The Jets weren’t done there either - the selections of Iowa State RB Breece Hall in Round 2 and Ohio State TE Jeremy Ruckert in the third provide further intrigue and buzz.

Summary: The Jets are one of the teams we are most excited to see in 2022. They made significant moves to upgrade their roster in the offseason, and should be vastly improved on the field.

Much does rest on the development of QB Wilson in his sophomore year as a pro, and it would be foolish to suggest they can challenge in the East.

The plan appears to be sound though and New York should continue on an upward trajectory once the season gets under way.