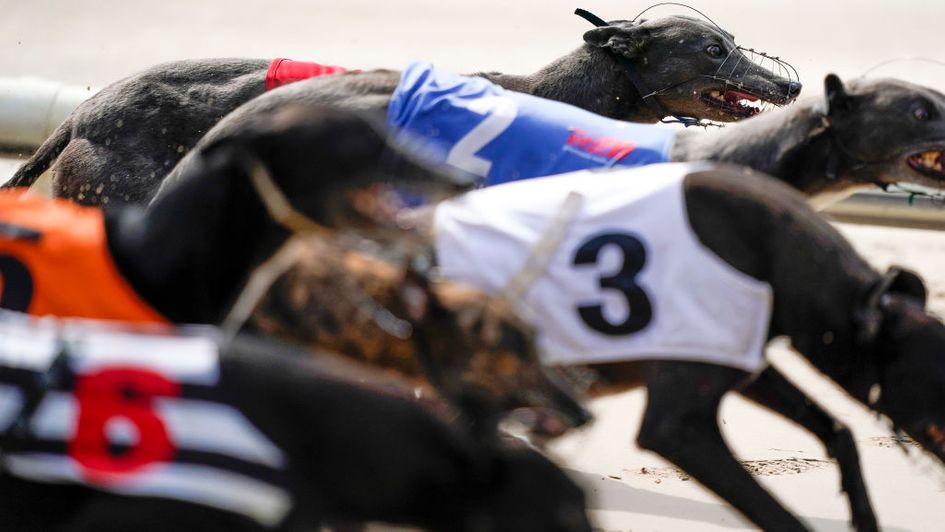 Get the latest tips for the Greyhound Derby

Dogs expert Aofie Corrigan has four selections for Saturday night in the latest action at the Greyhound Derby plus the supporting Derby Plate.

We are down to the final 12 dogs taking their place in the two Greyhound Derby semi-finals, all hoping to qualify for the big race next week. With a high-quality supporting card on offer as well at Towcester, I have four selections who should all go well.

My first selection runs in the opener (6.04) which is the first semi of the Derby Plate and it's Trap 4 Chelms Fred, who has been ultra-consistent, winning his last two races over C&D. He has plenty of early speed and if trapping like he has done in recent starts he will be hard passed as he tries to make all. Trap 6 Sporting Chile had broken the track record previously so if back to that form would have a big say but I think this race will be won at traps and if he breaks smartly, the black jacket should win.

Onto my second selection which runs in the second semi final of the Plate (6.20) and it's Trap 4 Spinosauras, who has been out of luck in recent starts including when finishing third after finding trouble in running last time out. He can be a little hit and miss at trap rise but if he can put his best paw forward, he can get himself back to winning ways.

Onto my third selection which runs in the first semi-final of the Derby (748) which is a wide-open race, and I am going to side with Trap 5 Signet Goofy, who is the only unbeaten runner left in the competition. He has been flashing from the traps and making all in recent weeks and while limited on the clock he should have a say if leading again. Romeo Magcio is the fastest in the race and is well drawn so will have a chance along with Faughan Rebel who will be flying home from halfway, but if Signet Goofy can trap in front he might just hang on.

And onto my final selection which runs in the second semi-final (8.05) where I like Trap 2 Kildare. This dog has shown mixed form so far, but he is well drawn towards the inside and should lead around the opening bend. Paul Hennessy’s due of Hello Hammond and track record holder Priceless Jet are dangers of course, but I expect the track to be flying and if Kildare can ping the lids, he is the one they have to beat.