Golf 2019 highlights: Suzann Pettersen pulls off the impossible - and then retires 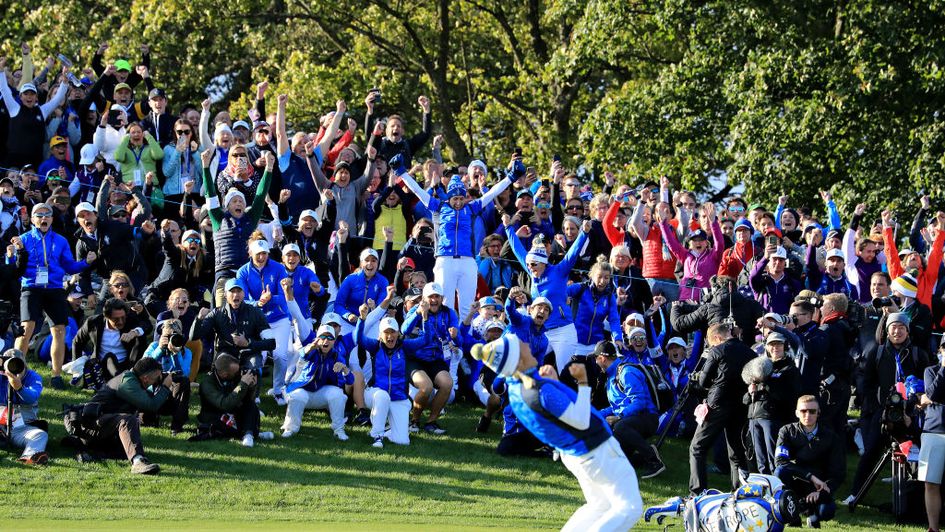 Any cool, calm assessment of the 2019 Solheim Cup might reflect that, in truth, Europe ought to have been at least three points ahead prior to the singles, rather than just the one.

Cool, calm assessments are all very well, but they suit weekly 72-hole strokeplay, not the annual transatlantic tussle, whether Solheim or Ryder Cup, that tends to be decided by passion, bombast and a healthy dose of pandemonium.

It also overlooks the strange sorcery that makes the fight for fourteen and a half points so persistently climactic. How is it possible to maintain such frenzy?!

How, too, was it also possible that Gleneagles 2019 so bizarrely resembled Killeen Castle, near Dublin, in 2011?

Both Celtic settings. Both Jack Nicklaus-designed courses. Both times Europe dominated the first two days, but lacked a ruthless edge. Both times Europe struggled on the 18th hole until very late on Sunday. Both times the score was eight points apiece heading into the singles. Both times, when there were just three matches on the course, Europe could afford to do nothing but win all three. And both times Suzann Pettersen was the key performer.

Because this time it was even better.

Two months before the match hurtled towards its ridiculous conclusion the number of people who might have predicted the person preparing to hit the decisive putt could have been counted on one finger, never mind one hand.

At that point, Suzann Pettersen had played no competitive golf since November 2017. As she later revealed, complications in pregnancy had left her grounded in Norway from early 2018 and after the birth she was wowed by motherhood, lacking any inclination to return to the world of competitive sport.

Come mid-summer 2019 she was enjoying life with her toddler and Catriona Matthew was pondering her wildcards with a shortlist that was limited by a lack of depth in some areas and lack of form in others.

Cue a rabbit-from-the-hat feat of stunning proportions, one that argues against the very persuasive case presented by Richard Gillis in his book The Captaincy Myth.

Gillis insists that the influence of captains in golf’s team matches is wildly overrated and there is little doubt that one thread of his argument – that a captain’s reputation is simplistically judged on result alone – holds water.

But Matthew’s solution to her dilemma defies the notion that her input was illusory before and during that week in Scotland.

Because it was not only the idea of putting in a call to Pettersen that was inspired – so, too, was the timing.

Had she suggested the Norwegian play three or four months of golf there is every chance she would have merely proved she was not deserving of the pick.

Instead she thrust Pettersen into the heat of battle and it was an audacious move, displaying great faith not only in the 38-year-old, but in her team as well because if they had not bought into the notion with utter conviction it might have backfired.

It would have been easy for them to narrow their eyes and think: “Who?! Really?!” Instead, they narrowed their eyes, nodded slowly, allowed a sneaky smile to creep across their lips, and then their eyes lit up as the potential brilliance of the idea revealed itself.

What about the Americans? They took option one with at least three of their players reported to have expressed their incomprehension to Europeans.

And so to that final afternoon, a Sunday when there was rarely much between the two teams.

The willowy big-hitters landed the first blows: Carlota Ciganda for Europe, Nelly Korda for the Americans.

Georgia Hall and Celine Bouttier, the home team’s top-scorers with four apiece, countered with victories of their own, but within minutes Brittany Altomare and Angel Yin had pulled the visitors level.

11-11 on the scorecard and 14-14 in projections whereupon the balance tipped, perilously close to conclusively, towards the Americans courtesy of rat-a-tat-tat wins for Jessica Korda and Lizette Salas, and an unlikely half for Megan Khang.

There was suddenly no room for anything other than perfection from here on in for the Europeans.

Anna Nordqvist eased the pressure by the merest margin, completing victory over Morgan Pressel, but Bronte Law trailed by one with five to play.

She won the 14th, the 16thm and the 17th holes: defeat was averted, victory assured, her job was done and now she turned to the big screen behind the penultimate hole, because there was only one pairing left on the course - and one putt left to decide the entire match.

Pettersen had taken an early advantage over her opponent Marina Alex, but the American’s resolve was strong. They were tied heading up the final hole and unlike Pettersen, who lost her drive right and had to lay up at the par-5 18th, Alex found the fairway and some observers later doubted her decision to also lay up.

It was a critique that overlooked two issues. The first was that the overwhelming trend of the week was that those attacking the green in two struggled to make par, never mind birdie. The second was that Alex had hit two career wedges in her last four holes – why wouldn't she trust that club again?

She left herself 15-feet for the par-breaker that would have sewn up the match and had it dropped it would be her rookie chutzpah which led every re-telling of this tale, but it slipped by, leaving Pettersen with the opportunity to define the week.

Six hundred yards away, Law peered at the screen, but she was delivering upper cuts to fresh air before she saw the putt drop because the cheers were already echoing down the Glen and she knew exactly what that meant.

Pettersen had defied conventional wisdom, the doubters and the pressure to rubber-stamp the wildest wildcard pick of them all.

We thought she had applied the full stop to the week, but it turned out it was better than that: she immediately announced her retirement.

We will always debate the identity of the greatest players and the greatest tournaments, but we will never debate the greatest retirement: Pettersen wrapped up that prize at Gleneagles in September 2019 – from maternity to eternity.

The moment history was created 👏

Suzann Pettersen sunk a nervy putt on the 18th at Gleneagles to win Europe the #SolheimCup this weekend pic.twitter.com/BqpnXCPVs3 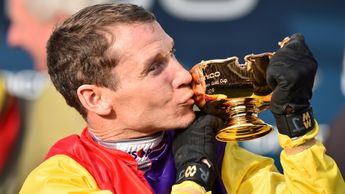 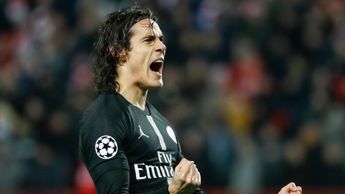 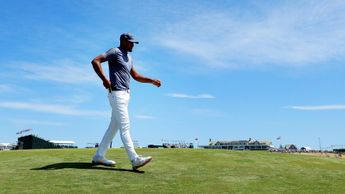