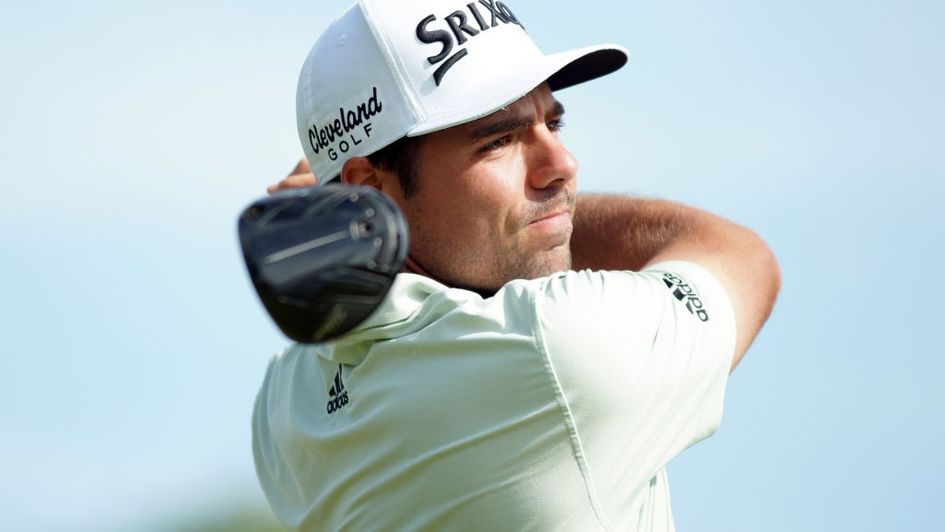 Now, he'll be scouring tournaments beyond the DP World Tour and PGA Tour, as well as looking for first-round leader selections.

It's 25 down, four to go on the Challenge Tour this year as the long Road to Mallorca nears its conclusion, and with Sunday wind forecast in Mallemort, those battling for promotion are going to face some serious questions in the Hopps Open de Provence.

The only course in France designed by Seve Ballesteros, Golf International de Pont Royal has proven itself to be a trickier test than the scorecard might suggest since it was brought to the schedule in 2018. As had been the case when it used to stage an Alps Tour event, the birdies that are offered by a set of short par-fours are hard to protect and when the wind does blow in the south of France, it can be a real test of strategy and patience.

Seve of course helped design the Crans-sur-Sierre we know today, home of the European Masters, and that's not the only thing these courses share in common. Pont Royal is wider but both are undulating and demand players cope with sidehill lies and, while Crans of course is vulnerable to big-hitting, there's plenty of punishment for those who are wayward.

Perhaps that's why the short, straight, short-game wizard, Mike Lorenzo Vera, has thrived at both courses. He won here once and could've won here two or three times during his Alps Tour days, and Crans has been one of his favourite European Tour stops. So has Valderrama and while that's a unique course, some of the same skills are required.

Back to Port Royal and precision off the tee, where driver will seldom be required, seems a good starting point. I'm also inclined to look at some of the other Challenge Tour events held in France, with defending champion Alfie Plant having also won at Pleneuf (a notably quirky course) and form ties also appearing from Toulouse and La Grand aux Ormes.

All this points towards the claims of Matthew Baldwin, but the veteran has never been prolific and isn't the kind of player I'd want to be on at 20s. More interesting are promising locals David Ravetto and Jeong Weon Ko, but pick of those towards the top of the betting is ALEJANDRO DEL REY.

A winner during summer, del Rey suffered a slight dip in form thereafter but arrives here on the back of successive top-20 finishes. It's improvement that was needed and he's now inside the all-important top 20, a DP World Tour card within touching distance but far from secure.

Sixth at Pleneuf and a winner on the Alps Tour at La Grand aux Ormes, he has some correlating form which suggests he'll take to this course on debut. There might also be something in the fact leaderboards from this event correspond with Wittelsbacher, where he captured his first title at this level a couple of months ago, but it's probably a little too soon to draw that conclusion.

Four solid rounds in the Swiss Challenge, where he signed off in style, set him up nicely for a return to France and he's worth backing to seal his promotion to the big tour.

French golf is thriving at the moment and we should expect a strong home bid to emulate Langasque, led perhaps by Ravetto and Ko, but with FELIX MORY and ADRIEN SADDIER considered better value.

Mory won at a massive price in Sweden last year but is a genuine form player this time, having lost a play-off two weeks ago before taking 13th last week. Fourth behind del Rey in Germany, he's 32nd in the Road to Mallorca standings and having just missed out after a bad end to last year, perhaps he can finish the season strongly and make amends.

This probably represents his best chance of the four remaining events and fifth place at La Grange aux Ormes on the Alps Tour is a decent indicator that he might take to Pont Royal at the first time of asking, particularly as he arrives here at the top of his game.

So close to an eagle 😩

Saddier doesn't, but he's a class act at this level and again, the pick of his form suggests he might enjoy his debut here. Saddier was in the mix at Crans last autumn, eventually finishing seventh, and has made all three cuts at Valderrama.

Powered by his trademark accuracy off the tee, his Pleneuf record (4-31-19-8-18) is also excellent and while his form figures don't leap off the page, comfortably making the cut in the Open de France has to go down as encouraging.

He also played well for 36 holes on the DP World Tour at Galgorm Castle and finished 15th behind Adri Arnaus in Spain, so the 30-year-old has dropped enough hints this year as he adapts to life as a father. Perhaps the focus demanded by the end of the season will help draw out his undoubted talent and a recent trip home to work with his coach might do the same.

He's certainly got to finish the season strongly with his status at this level for 2023 not yet guaranteed, and that's something he's done several times in the Portugal Masters, including when salvaging his playing rights in 2019. Those experiences will help as he enters the closing stretch and he's one to keep a close eye on at big prices.

Pont Royal might also suit the accurate Deon Germishuys, who is 23rd in the year-long standings having enjoyed a successful first campaign at this level.

Germishuys was a very good amateur back in South Africa and will likely advance beyond this level in time. He's finished 24th, 43rd and 19th in his last three starts to get moving back in the right direction, only a poor final round in Portugal denying him three top-25s in succession, and again I suspect he's going to enjoy this test.

Germishuys was 11th at Pleneuf and sixth in the Le Vaudreuil Golf Challenge, with 19th place last week adding to a strong run of results on a set of similar French courses. At 50/1 and upwards he's one I kept coming back to but there's probably not a great deal of mileage in the price, so we'll move on to those at bigger odds.

Course winner LARS VAN MEIJEL is one I was surprised to see listed at 100/1, the neat-and-tidy Dutchman having triumphed here in 2019 and played plenty of good golf up in grade. Now back on the Challenge Tour he hasn't pulled up any trees but he did finish well for 22nd in Portugal last time before avoiding a grind in bad weather.

Three missed cuts beforehand were all by narrow margins, before which he'd been in the mix for the Frederikshavn Challenge, and it's not long since he both qualified for and made the cut in the Open Championship at St Andrews.

With a win at La Grange aux Ormes on the Alps Tour he's produced two of his career highlights in France and I'm not sure a course winner who has been competitive on the main tour should be going off at three-figure prices on the back of a good performance.

EDUARDO DE LA RIVA is the other I like as his form at Valderrama (best of second) and Crans (opened 64-64 there in August) immediately jumps off the page.

The Spaniard is yet another straight and steady sort whose iron play was very good in the European Masters, ranking seventh in far better company than this. Unsurprisingly he couldn't be as competitive off the tee, but that might change back at this level.

Once third in the Open de France and a winner at another short, fiddly par 72 back home in Spain, the 40-year-old might have a little more to give and for all his struggles on the DP World Tour, he's played twice on the Challenge Tour this year and has a top-five finish to his name.

Given that he was third at halfway when last we saw him in an event won by Thriston Lawrence, and still fighting for places entering the final round at a Seve-designed course not dissimilar to this one, he has to be worth chancing.