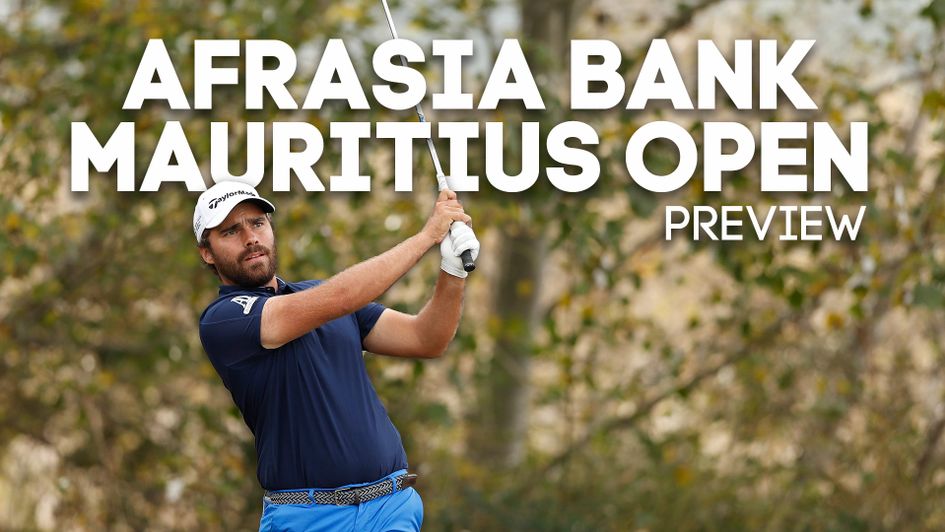 Romain Langasque is the one to be on in Mauritius

Golf expert Ben Coley likes a quality young Frenchman in the Mauritius Open as he looks to add to last week's each-way profits.

Romain Langasque can land a quickfire hat-trick and immediately please his latest sponsors by landing the AfrAsia Bank Mauritius Open.

This quality young Frenchman secured his European Tour card thanks to a late-season run on the Challenge Tour, which included a first professional win back on home soil in France.

Clearly, the winning feeling has made a mark as over the last few days he's added the French International doubles title alongside Antoine Schwartz before bagging Monday's Express Golf with Clement Sordet, a rapid-play PR stunt but one which was played at the course which hosts this week's main event.

The French doubles win might not be form to make a song and dance about either but again, it was played close by - just west of Mauritius on Reunion Island - and there's no doubt whatsoever that Langasque, buoyed by the return of mentor Victor Dubuisson in Hong Kong, is brimming with confidence.

The 23-year-old was third in this event last year at The Heritage, who confirmed last month that he's now their latest brand ambassador. Langasque says he's a regular visitor to the island and while the change in venue asks new questions, he has the game to cope.

Wind was by far the biggest challenge here in 2016, when Jeunghun Wang got the better of Siddikur Rahman with course member Nicolas Colsaerts back in third. Langasque will have no excuses on that front as a pure iron player who won the Amateur Championship at Carnoustie, the most fearsome venue of them all.

In a field where favourite Dylan Frittelli is clearly the man to beat but makes no appeal at the odds, Langasque stands out having secured a win and two top-five finishes in the final five events of the Challenge Tour season. He looks ready to confirm the promise which took him to the top of the amateur game an an excellent performance in the Masters.

Frittelli's win in Mauritius last year came under different conditions at an easier golf course, but after a 66-66 weekend in Dubai - the best in a high-class field - he is of course respected. Still, the South African has been busy, playing Web.com Tour Finals followed by the conclusion of the European Tour season, and his one attempt at defending a title was modest.

Jordan Smith makes more appeal at twice the price but it was two straight-hitting, dynamite-putting players who pulled clear of the pack here in 2016 and it's hard to know whether Smith's chief weapon, the driver, will be as valuable as he needs to get competitive.

As such it's Wang who arguably has fewest questions to answer, but he's not in anything like the same form as he was a couple of years ago and the top of the market is easy to ignore.

Instead, I'll give Edoardo Molinari another chance after he was down the field in Hong Kong last week.

Clearly, those who teed off the event on Thursday morning's wind and rain were at a huge disadvantage and Molinari therefore did well enough to make the cut, his fourth in succession as he pieces together his game.

Rankings of 10th for driving accuracy and seventh in scrambling look like they could go a long way if replicated here, and it's these categories which have been strong for some time now.

The Italian was 12th here in 2016, when his form from the start of the year read MC-MC-MC-MC-MC-MC-42-47. It proved to be his standout effort, with 14th place in Hong Kong next, so there's some fairly strong evidence that the test might be quite similar despite the courses appearing anything but.

More interesting, though, is the fact that he succeeded Wang as winner of the Trophee Hassan II at Dar Es Salaam. When Wang won these events back-to-back, he shot five-under and six-under so on a purely scoring basis they're evidently the same kind of challenge but there's also leaderboard evidence to support the theory.

Wang's other victory at this level came in the Qatar Masters, where playing well in the wind is key, and the likes of Joakim Lagergren, Jason Scrivener, Nacho Elvira, Mike Lorenzo Vera and Colsaerts himself all help tie these events together.

As such, Alvaro Quiros also earns the vote as he has some good form across them, including second place in this year's Trophee Hassan and an excellent record in Qatar.

Quiros' last win came by the coast in Sicily, where Lagergren succeeded him, and three sub-70 rounds from the wrong side of the draw at a tight golf course last week read perfectly well.

Before that, he'd bagged a top-20 finish in the Andalucia Masters and while this doesn't look a course which can be overpowered, Quiros should nonetheless enjoy being able to reach for the driver when the opportunity arises - as it does much more often than at Fanling or Valderrama.

There's much to be said for backing proven winners in low-grade events where there's a mix of players from multiple tours, many playing at this level for the first time, and when Quiros and Molinari play well enough to earn an opportunity they can be trusted to make the most of it. 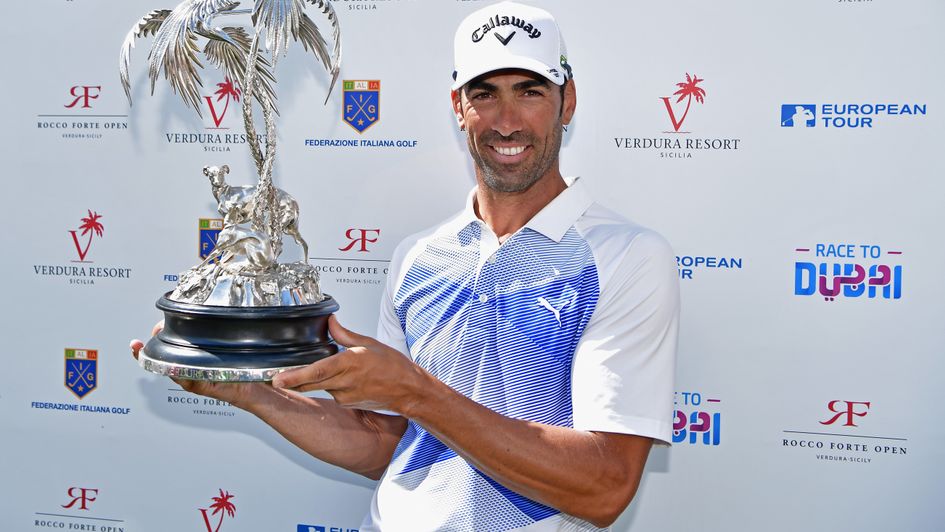 Back towards the front of the market, Victor Perez impressed last week as he has done for a little while now and it's clear that he arrives on the European Tour with the game required to succeed.

Matthias Schwab is a year ahead of him on the development curve and is another to keep on the right side of, but this is a very demanding test at the end of a busy year and it's hard to know whether the Austrian will be at his excellent best.

Thomas Aiken flattered to deceive last week, starting and finishing well, but would've been handed another chance but for skinny-looking quotes of 25/1 and I'd be more inclined to back Ernie Els at 50/1 - he's shown some good signs on the PGA Tour lately and designed this course.

However, I'll finish off with two Englishmen who won't mind if the wind blows - Lee Slattery and Oliver Wilson.

Slattery has won twice in this sort of company and remains competitive when faced with a low-grade field, especially on courses where his accuracy off the tee is valuable.

That looks to be the case here and he was as accurate as ever with driver in the DP World Tour Championship, held at a course where it's more about flying it beyond 300 - something he just cannot do.

The fact he made it to Dubai tells you that, relative to this grade, he has a touch of class and having spent a couple of winters in South Africa recently, renting houses there, I'm hopeful that he's going to prove at home in Mauritius.

Certainly, Slattery has plenty of form when the weather cools and the wind blows and he has played well in some of those events I've mentioned, finishing 11th in Sicily and fourth in Qatar, as well as second and fourth at the KLM Open and fifth in the Dunhill Links. 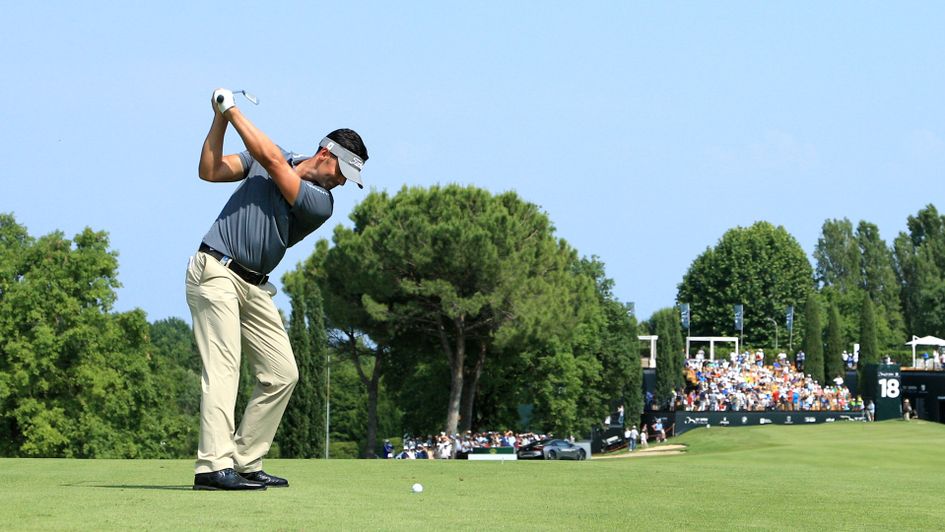 Wilson meanwhile won the Dunhill Links Championship in 2014 and he was unfortunate not to graduate from the Challenge Tour this year, finishing just outside the top 15 despite two wins.

He admitted that Qualifying School just a week later was too much of a mental strain but after a fortnight off, I'm hopeful he can return in the sort of form which saw him win twice and threaten on several other occasions over the course of his last 10 starts.

Wilson has been noticeably bullish with regards his progress on the range and in an event packed with deadwood along with others where much guesswork is needed, I'm happy to chance a former Ryder Cup player who is desperate to take advantage of the opportunities he has back on the European Tour.