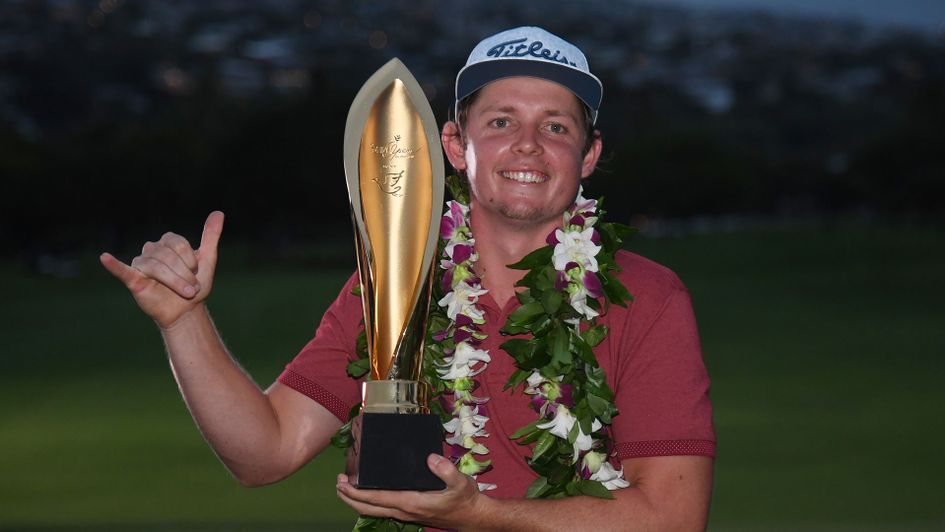 Golf betting tips: Preview and best bets for final round of Sentry Tournament Of Champions

We’re off and running for 2022 on the PGA Tour and the first event of the new year, the Sentry Tournament Of Champions, has reached the 54-hole stage.

Those who qualified for the annual curtain-raiser for the year in Hawaii by way of winning on the tour in the previous calendar year have been greeted with sunshine, light winds and a soft course, which have made conditions perfect for scoring, and as a result we have been treated to a barrage of birdies.

Top of the tree and tied for the lead on a 26-under total through three rounds we have the duo of John Rahm and CAMERON SMITH.

On a day of incredible low scoring, Rahm matched the 12-under round, and new course record, posted by Justin Thomas earlier in the day to notch a 61, his lowest career round on tour, and erase the three-shot advantage that Smith had held over him at the start of the day. The Aussie, by comparison, matching his Friday effort posting a 9-under 64.

Rahm, who was in desperate need of a break after a draining 2021, has not played competitively since the middle of October but with his world number one position under threat from Collin Morikawa he has come out fresh this week and defied any competitive rust.

The one area which had let him down slightly in his back-to-back rounds of 66 on Thursday and Friday had been the putter, but in a stunning run of scoring, which saw him play his final 14 holes in 12-under on Saturday, he put this right in no uncertain terms, gaining over three and a half shots on the greens in the third round. Add this to his week's ranking of first off the tee and second from tee to green, and approach play, and clearly everything is firing.

Smith, whose play this week marks a continuation of his really strong form to finish 2021, has talked about how much courses in Hawaii remind him of those he grew up on back in Australia, and having landed his maiden solo PGA Tour title at next week's stop on Honolulu a couple of years back, his level of comfort in the state is plain for all to see.

This week, like Rahm, the Aussie’s all-round game has been solid, however it is his traditionally strong flat stick that has done most of the damage as he leads the field on the greens through 54 holes.

Having wowed the gallery with their birdies on Saturday, Rahm and Smith will keep each other company again today for the final round and for the second time on a Sunday in less in than five months.

The previous time the duo found themselves in this position was in the final round of the Northern Trust at Liberty National, and on that occasion it was Smith who got the better of the tussle, with the Spaniard posting a 67 to Rahm’s 69.

Significantly, though, on that day neither were able to go on to lift the trophy, with Tony Finau picking Smith’s pocket in a play-off. That day in New Jersey marked the first occasion that Smith had held the 54-hole lead or a share of it in a solo event on the PGA Tour and with Rahm’s conversion rate only one from four now in this situation, neither player can be considered a ‘proven closer’ from the front just yet.

With the pair holding a five-shot lead over the man in third place, Daniel Berger, you would assume that something would have to give on that front today, with one of the two leaders going on to bag the title.

I would, until we have seen the first half dozen holes at least, stop short of calling it a two-horse race at this stage as if the leaders do get bogged down and ‘only’ shoot four or five under they could easily be caught by one of the four players who will start within six shots.

Looking at the odds and the layers are understandably making Rahm the odds-on favourite, however with Smith having been so strong on the greens all through the first three days and with the ease of the course undoubtedly a leveller across the field, it is the Aussie who appeals to me more.

We know Smith loves a scrap and having got the better of Rahm in August the world number one will hold no fears for him today.

Instead of backing Smith to win the event at the general 13/8, I will side with him to get the better of Rahm in their two-ball which tees off at 10.55 local time.

Looking briefly at the four players potentially in striking distance, Berger on 21-under and Patrick Cantlay, Sungjae Im and Matt Jones on 20-under, and if Berger can belatedly get his putter to work this week the Floridian who ranks first in approach play through the first three days could just make a charge.

Of the quartet, though, while my hope is that my pre-tournament selection Sungjae Im can build on his strong Saturday finish and produce something spectacular, the player the leaders will probably have their eye on the most is Fedex Cup Champion Patrick Cantlay.

Cantlay has shown us before that going low on a Sunday when it matters from off the pace is no issue to him, notably when shooting 64 to win the Memorial in 2019, 65 to win the ZOZO in 2020 and more recently when blitzing the Stadium Course at the Amex with a 61 last year to so nearly thwart Si Woo Kim.

If Cantlay is to pinch the trophy he will need something akin to that effort in California early last year and the rounds of Rahm and Thomas yesterday. Ultimately, though, having been away from the course since the Ryder Cup it is a big ask for him to have everything firing 100% so early in the year.

On that basis, while a small play on Cantlay is tempting, I will err on the side of caution for the first event of the New Year and stick to just the one bet of Smith to outscore Rahm, and sit back and watch the drama unfold.