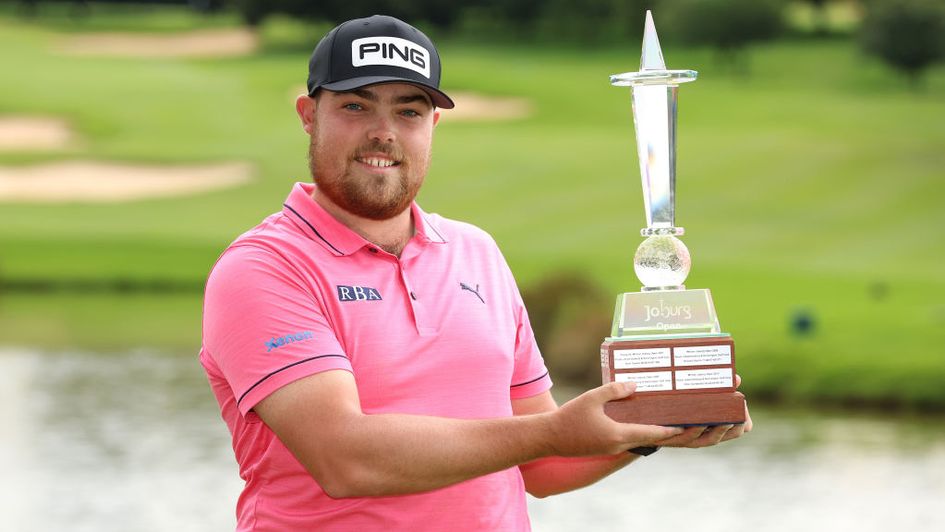 England’s Dan Bradbury completed a fairy-tale victory at the Joburg Open to go from having no status on any tour to being the proud owner of a DP World Tour membership and a spot at the 2023 Open.

The 23-year-old, who only turned professional in July and received a sponsor’s invite for this week’s event, led after every round at Houghton Golf Club and closed out a three-shot win with his final-round 67.

Bradbury began the day with a one-stroke advantage but built up a more comfortable lead during an impressive fourth round which featured five birdies, a solitary bogey at the 18th and a crucial chip-in for par at the sixth hole.

The Yorkshireman, playing in just his third DP World Tour event, finished the tournament on 21 under par to win his maiden title at this level.

Sami Valimaki was alone in second on 18 under after his closing 69, with home favourites Christiaan Bezuidenhout and Daniel Van Tonder another shot back in joint-third.

Bradbury, who has booked his ticket to the Open at Royal Liverpool along with Valimaki and Bezuidenhout as part of the Open Qualifying Series, was still in shock after walking off the 18th green as a champion.

“It’s just a lot of pressure taken off your back – that’s nice – but it hasn’t sunk in yet and I don’t think it will for a while.

“I was a bit worried there on the 15th when Valimaki rolled that monster in but it was kind of the same thing all week, just keep playing my own game and I knew I was playing good enough.

“It turned out that way in the end.”

Speaking about his mother being there to witness the win, he added: “It made it a little bit more special.”