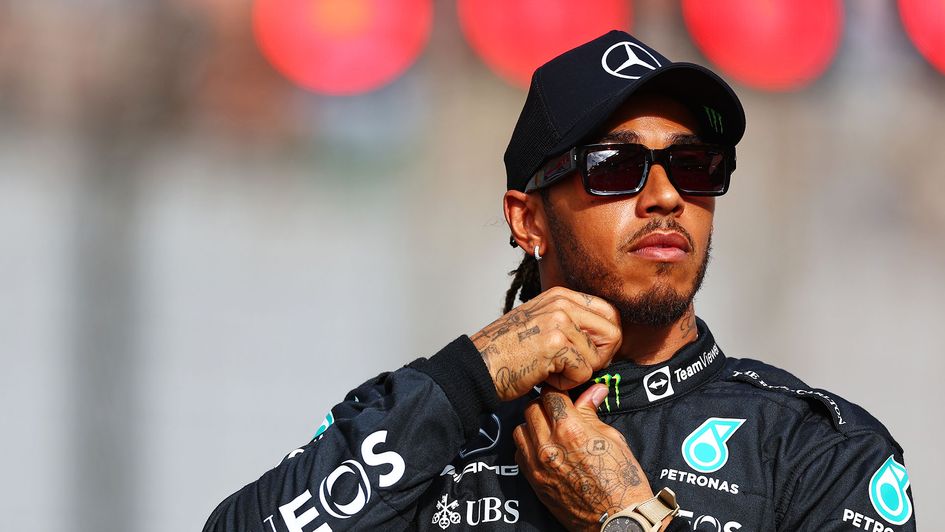 Lewis Hamilton said he is “pleased this season is over and done with” after he retired from Sunday’s Abu Dhabi Grand Prix to record the worst championship finishing position of his career.

Hamilton’s demise dropped him to sixth in the final standings, 214 points adrift of runaway championship winner Verstappen, and 35 points behind George Russell in the other Mercedes.

The seven-time world champion also lost his record of winning in every season of his career – a streak which stretched back to his debut campaign for McLaren in 2007.

“I am very pleased it is over and done with,” said Hamilton. “I gave it everything, but ultimately the last race was like my whole season. It summed up my year.”

"We may have a hydraulic problem" 😮

Mechanical gremlins struck Hamilton’s Mercedes after he ran off the track while duelling Ferrari’s Carlos Sainz in the battle for fourth on the opening lap.

Hamilton hit the sausage kerb launching him airborne. He rejoined ahead of Sainz but was told to give the place back.

He then lost out to Russell, and complained his car was “broken”, before parking his machine on lap 55 of 58.

Hamilton departed Abu Dhabi last year pondering if he would ever return to F1, so aggrieved was he by Michael Masi’s officiating of the decider which cost him a record eighth crown.

The 37-year-old decided against retirement, but he will head into this season’s winter break having finished lower than fifth in the championship for the first time.

“This year was not the greatest,” added Hamilton. “It is probably up there with the top-three worst seasons, but in terms of how the team stayed united, there have been lots of pluses.

“It would have been nice to have taken a win, but one win is not really enough is it?

Hamilton is due to take part in a tyre test here on Tuesday before this year’s unruly Mercedes is consigned to history.

“I might have to call a sickie, and say that maybe my back is hurting,” he added, with a wry smile.

A week ago, Russell ended Mercedes’ winning drought with the first victory of his career at the Brazilian Grand Prix.

Here the British driver, 24, overcame a five-second penalty for an unsafe release in the pits to finish fourth and end his debut season at the Silver Arrows two places ahead of his more established team-mate.

“If you told me at the start of the season I would finish 35 points clear of Lewis, I would have been incredibly proud and incredibly happy with that,” said Russell.

“Nine times out of 10, if you finish ahead of Lewis Hamilton you are probably going to be a world champion.

“In a season like this when the car is not performing, we have all had our own difficulties. I have no doubt he will be back to his normal levels if the car is capable of a championship win next year.

“He had a very difficult start to the season. Things didn’t go smoothly for him, and they were going a bit more smoothly for me, but that form swung around in the second half of the season. Looking back, the luck probably balanced out.”