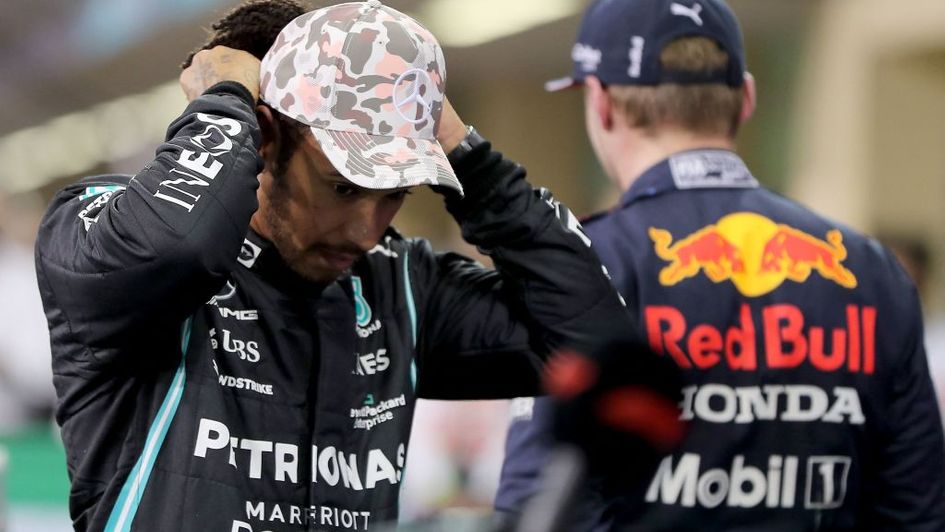 Can Lewis Hamilton get past Max Verstappen in Abu Dhabi?

Verstappen was imperious when it mattered on Saturday but an earlier error means he will start Sunday's race on the softer compound tyre, with Hamilton rubber.

That could swing the balance back in favour of the British driver but bookmakers Sky Bet are happily sitting on the fence, offering evens each of two in their race market.

Hamilton remains slightly shorter at 4/5 in the F1 Drivers' Championship betting, compared to Verstappen's 10/11. That's despite Verstappen holding a half-point lead which would be decisive were both to fail to finish the race, which is 10/1 with the online firm.

After Hamilton dominated the practice sessions in his Mercedes – in his quest for a record eighth Formula One world championship – Verstappen, with a tow in the slipstream of Red Bull team-mate Sergio Perez, set an unassailable time of one minute 22.109 seconds to clinch what could prove to be the most important pole of his career.

Verstappen went into the season finale at the Yas Marina Circuit tied level with defending champion Hamilton at the top of the standings.

Hamilton will at least start second, clocking a time 0.371 seconds slower as the title protagonists locked out the front row.

McLaren’s Lando Norris put in a fine display to qualify third for McLaren as Perez went fourth fastest in the second Red Bull.

“It is an amazing feeling,” said Verstappen.

“We definitely improved the car again in qualifying. So far this weekend it has been on and off, but I’m incredibly happy with this. It is never easy, especially with their form in the past few races.”

Hamilton, meanwhile, admitted he had no answer to Verstappen’s fastest effort.

“Max did a great lap today, so we just couldn’t compete with that time at the end,” he said.

“It was looking really strong in practice. We couldn’t answer that lap, it was a fantastic lap from him but we are in a good position, I think, with our tyres tomorrow.

“I couldn’t beat that time he did today and he fully deserved the pole. I’m grateful I can see where he is!”