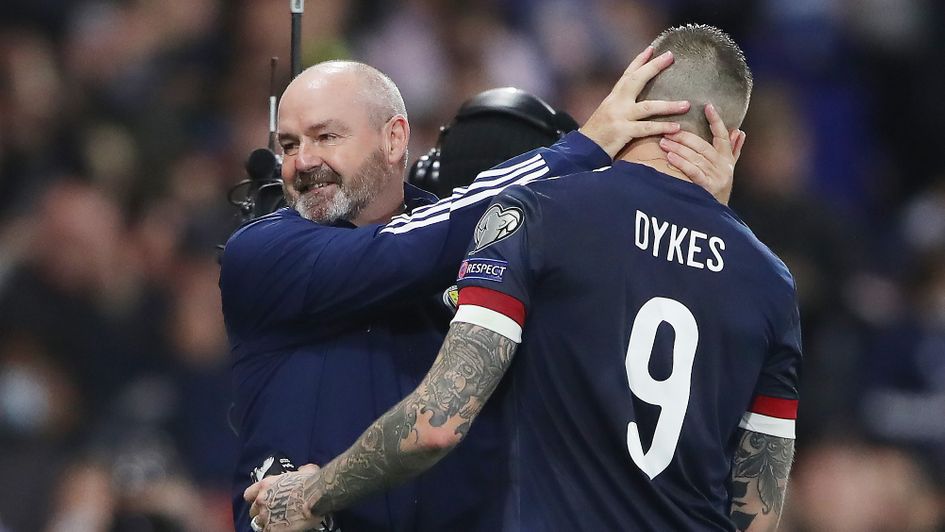 A late Lydon Dykes goal kept Scotland's hopes of qualifying for the World Cup alive, while Bulgaria came from behind to beat Northern Ireland.

Lyndon Dykes rescued Scotland with a dramatic late winner against the Faroe Islands to put Steve Clarke’s side within 90 minutes of a World Cup qualifying play-off spot.

The Scots travelled to Torshavn on a high after a terrific 3-2 win over Israel at Hampden Park on Saturday, but the visitors found it all a bit of a struggle.

However, with four minutes of normal time remaining a cross from substitute Nathan Patterson came off Dykes and ended up in the net and after what seemed like an eternity, and after Slovenian referee Matej Jug checked for handball, the goal was awarded for a crucial 1-0 win.

Scotland need three points from their final two Group F fixtures next month, the first of which is a trip to section makeweights Moldova before the final game at home to runaway group winners Denmark.

A bad week for Northern Ireland got worse on Tuesday night as two crisp Todor Nedelev strikes saw Bulgaria come from behind to win 2-1 in Sofia.

Conor Washington’s sixth international goal had given Ian Baraclough’s side a half-time lead as they looked to have responded well to Saturday’s controversial 2-0 defeat in Switzerland which effectively ended World Cup qualifying hopes, but it all went wrong after the break.

Bulgarian boss Yasen Petrov shuffled his pack at half-time and got the rewards, although Nedelev took the credit as he beat Bailey Peacock-Farrell in fine fashion twice in 11 minutes to turn things around just after the hour.

It made for more frustration for Baraclough, who had finally built some positive momentum last month but has seen things unravel quickly in the last week, the Qatar dream now definitively dead.