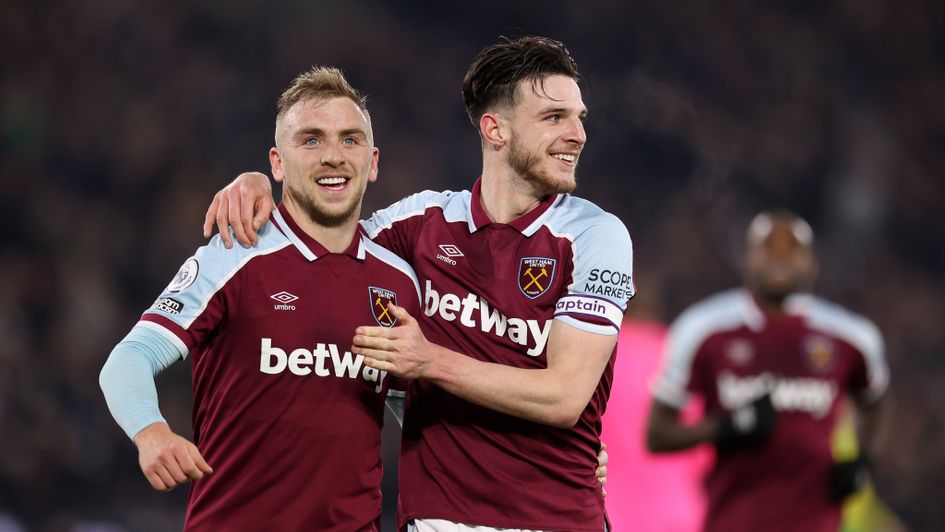 Jarrod Bowen scores twice for West Ham as they move back into the top four.

Bowen’s seventh and eighth goals of the season secured a third straight Premier League win for the Hammers and left City rooted to the foot of the table.

The calls for Bowen to win a Three Lions call-up are getting louder, with his eight assists meaning the former Hull winger has now been directly involved in 16 goals this season – the most of any English player in the top flight.

The statistics for Norwich make grim reading, however. It is now six successive defeats without scoring, equalling a depressing club record in the Premier League.

This London Stadium encounter was rearranged from December when Norwich were decimated by Covid-19 and injuries, and they may have felt they stood a better chance now with West Ham suffering similarly.

Boss David Moyes admitted there was Covid in the camp and although nothing was confirmed prior to kick-off, Tomas Soucek, Mark Noble and Ryan Fredericks were notable by their absence from the squad.

Nevertheless, the hosts were almost ahead inside the first two minutes when Manuel Lanzini’s diagonal ball into the box found Bowen, but his shot was too close to City keeper Tim Krul.

Moments later Nikola Vlasic reached the byline and cut the ball back for Lanzini, who lifted his effort over the crossbar.

Krul somehow escaped giving away a penalty when he manhandled Vlasic on the goal-line, throwing the forward to the floor by his face.

Bowen at the double. Easy as you like. pic.twitter.com/2IUQOlJbyT

West Ham had the ball in the net after 35 minutes when Bowen’s cross flew straight in, but Vlasic was offside and interfering as the ball whizzed over his head.

They finally made one count three minutes before half-time. Aaron Cresswell’s cross was overhit but found Vladimir Coufal on the right, and when the Czech full-back curled the ball back into the area Bowen got in front of Ben Gibson and nodded it home.

Michail Antonio scored four times the last time these sides met and he should have grabbed another at the start of the second half when he turned Grant Hanley on the six-yard line but blazed over.

Bowen, meanwhile, was a man on a mission. He was fed by Pablo Fornals and chipped the ball over the onrushing Krul only to see it come back off the crossbar and then rattled the foot of a post with a deflected drive.

West Ham’s 1-0 lead did not feel particularly precarious but they were given a warning when Adam Idah forced Lukasz Fabianski, making his 300th Premier League appearance, to push his drive against his near post.

But any doubts about the result were extinguished seven minutes from time when Bowen prodded home Arthur Masuaku’s cross and the VAR overturned an offside decision to seal the points for West Ham.