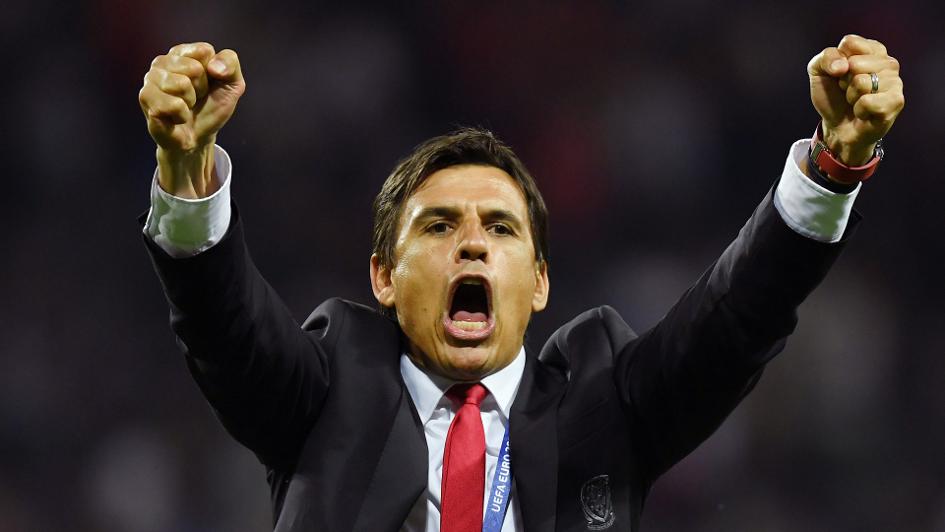 Chris Coleman ahead of Wales taking on Serbia

Chris Coleman is confident Wales' youngsters can step out of Gareth Bale's shadow in Serbia on Sunday.

Wales held their first training session on home soil on Wednesday morning after spending six days at the Vale do Lobo resort in Portugal last week.

Coleman is without Real Madrid talisman Bale for the first time in a competitive game since October 2013 as Wales attempt to close the four-point gap on Serbia and the Republic of Ireland in their World Cup qualifying group.

Bale is suspended after picking up two bookings in the competition and, with other senior players Neil Taylor, James Collins and Andy King also absent for one reason or another, Coleman has had to draw deep on his resources.

Five uncapped players - teenage Liverpool forward Ben Woodburn, midfielder Lee Evans and defenders Joe Walsh, Tom Lockyer and Gethin Jones - are in the 23-man squad who all trained at their Vale of Glamorgan base on Wednesday.

"You know in international football you can't have it all your own way," Wales manager Coleman said.

"We can't always pick our strongest team so you've got to bridge the gap somewhere along the line.

"Okay, we haven't got our best player - who just happens to be the one of the best players in the world - but other people have to stand up and show they are capable.

"Serbia will be delighted that Gareth is not playing, but we've got to turn that to our advantage and stand up together."

Bale's importance can not be ignored as Wales have won only seven times in 32 games since 2006 when the 27-year-old has been absent.

He has scored 26 Wales goals and Aaron Ramsey, on 11, is the only other member of the squad in double figures.

But the last time Bale missed a competitive game an under-strength Wales side held Brazil-bound Belgium to a 1-1 draw in their final 2014 World Cup qualifier.

"When you have a player that good, everybody rightly wants to talk about him," Coleman said.

"But we have handled it without Gareth before. We went to Belgium once with no Gareth, no Ashley Williams, no Joe Allen - and we got a result.

"I remember on the night Aaron was incredible. He ran the show, so people are prepared to step up."

Coleman also accepts that the evolution of a squad which reached the semi-finals of Euro 2016 is inevitable.

"Over the next couple of years we will lose some players, unfortunately," Coleman said.

"You've got to plan for the future and it's a good experience for some of these young ones to come in and see what it's all about.

"We've studied them for a long time as they've been through our system, and it's good for them to have a taste of it because international football is tough.

"It's not for everyone. If you really want to represent your country, you have to persevere.

"They've done great to get to this position, but they've got to maintain if they're going to have international careers."