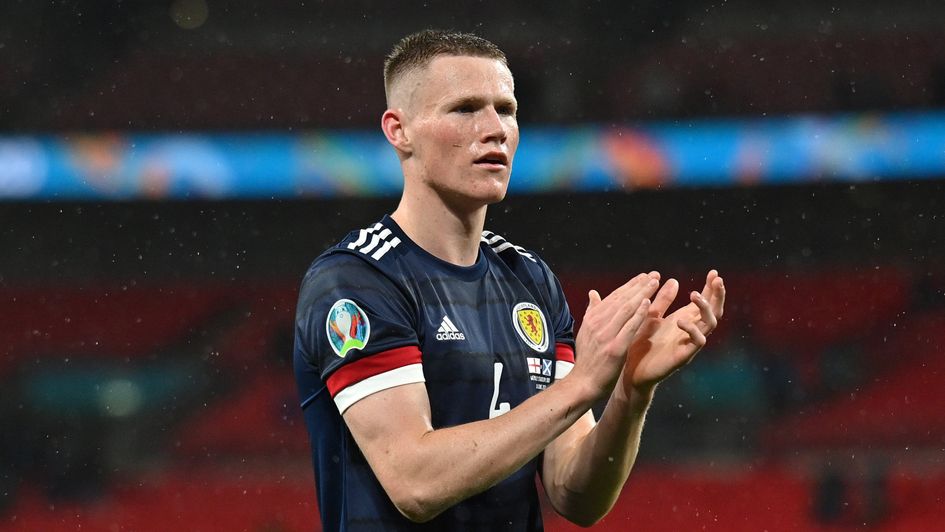 Scotland will be hoping to build on their midweek victory over Ukraine as they host the Republic of Ireland in the Nations League on Saturday. James Cantrill previews the game, selecting two best bet.

Following their victory over Ukraine on Tuesday, another win will move Scotland another step closer to securing that all-important top spot in Group B1.

They come into this one in fine fettle, winning nine of their last 13 games, only losing twice. One of those defeats did come at the hands of Saturday's opponents, with Ireland running out 3-0 winners when these sides last met in Dublin, so the Tartan Army will be seeking revenge at Hampden Park.

Stephen Kenny's side will be hoping they can replicate that result in Glasgow as anything other than a win will condemn them to Nations League B.

Consistency has been lacking for the ROI, though. Over the last ten competitive fixtures, they have won the same amount as they have lost, and drawn the other four.

RYAN FRASER had an influential cameo from the bench on Tuesday. Despite only featuring for 14 minutes, the winger whipped in both the corners for Lyndon Dykes’ late headed goals.

This warrants a start for the pair for me, and if Fraser does get the nod, his price to have OVER 1.5 SHOTS looks a touch large.

Five of his 12 appearances for Newcastle and Scotland (in the Euro’s, WCQ and Nations League), have come via the bench. Despite playing a bit part role, Fraser consistently makes an impact, registering at least an attempt in 75% of those games.

Over this period, he has averaged 1.98 shots per 90 minutes. If he is handed a rare starting opportunity by Steve Clarke on Saturday, you would imagine Fraser will be doubly keen to impress, which could see him rack up the shots.

There is also a punt that interests me for this clash. You can combine multiple players to hit a certain amount of tackles on Sky Bet and I think their price of 50/1 for MOLUMBY, CULLEN and MCTOMINAY TO MAKE 12+ TACKLES BETWEEN THEM is certainly worth a punt.

The last time these sides met, their clash saw 33 tackles with the Irish midfielders completing seven. Staggeringly, the pair attempted 12 between them.

Cullen has been posting some incredible numbers for his nation in this competition, racking up 17 tackles in four games, that means he is solely responsible for 31% of the tackles ROI has completed in the Nations League.

His compatriot, Molumby, has been a lot more inconsistent, failing to register a tackle in June against Ukraine. West Brom’s midfielder has also completed zilch in a third of his nine domestic starts, yet he has also racked up four or more on two occasions, attempting an average of just under three per game.

McTominay did not attempt a single tackle that evening in Dublin, however, this looks like an anomaly as this is the first time this has happened this campaign.

The Manchester United man completed six against Ukraine earlier this week, and hit four in half of his six World Cup qualification games.

Crucially, he averages 2.83 tackles per game for Scotland in CM, yet only two as a defender, hitting four or more in three of six appearances in central midfield - but only 17% as a centre-back.